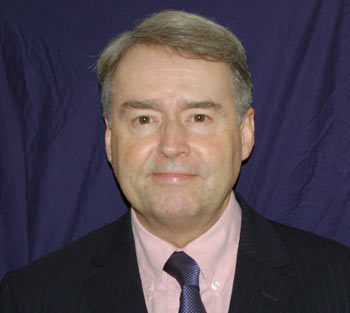 Many financial commentators foretold the recent plight of the Eurozone believing it inevitable in any economic downturn. Few, however, anticipated a call for a full banking union although most thought that the European Central Bank (ECB) would play a central role in any solution. The Eurozone is struggling with modest growth and subdued inflation. There are, of course, wide divergences across the 17 nations involved with a particularly weak French economy. It should not be forgotten that there are some 19 million people are out of work across the Eurozone. This has enormous implications for the ECB and bad-debt remains a major threat to an often undercapitalised banking sector. Reducing the risk of a future financial crisis through a complete banking union is hugely complex and will ultimately involve some 6,000 banks. Undoubtedly, implementation will take many years if not decades to complete.

A very major development will see the ECB become the new banking supervisor for the Eurozone with effect from November 2014. In advance of taking up this new role, the central bank announced plans in late October to vet the top Eurozone lenders. This will include a ‘Comprehensive Assessment’ involving a three-stage review of some 130 bank balance sheets. The ECB website states “the exercise has three main goals: transparency – to enhance the quality of information available on the condition of banks; repair – to identify and implement necessary corrective actions, if and where needed; and confidence building – to assure all stakeholders that banks are fundamentally sound and trustworthy.” The ECB is currently identifying those portfolios requiring deeper scrutiny. This will be followed by an asset quality review in the first half of 2014, including collateral valuations, and culminate in stress-tests in full cooperation with the London-based EBA (European Banking Authority). The latter will examine the resilience of banks’ balance sheets under various shock scenarios. All the results are due to be published in October 2014 and most commentators are expecting a call from the ECB that some banks at least must bolster their capital reserves.

The exact details of the stress-testing are still unknown and the final methodology will not be released until late January 2014. However, they will probably simulate three years of negative economic conditions to the end of 2016. The ECB hopes to calculate a base and a worst case scenario using a core-capital ratio of at least 8 percent and the 2014 Basel III definitions. For the first time investors should be able to compare banks across borders as the definitions of bad loans and the quality and risk weighting of certain assets will all be aligned. The ECB will use the EBA’s definition of non-performing loans as those more than 90 days overdue. The central bank believes that the stress-tests will ensure that all banks have a sustainable business model going forward. This assumes that an academic exercise can on this occasion replicate reality. If the review is too rigorous it could, of course, undermine confidence and bond yields will rise again making it far harder for the ECB to maintain price stability. Overall, there is much talk of stress-testing reviving public trust in the banking sector. In truth, the ECB is desperate to ensure that there are no surprises when it takes on its supervisory role as its own credibility will be firmly on the line. Fortunately, setting a time horizon and defining capital terms should greatly assist Eurozone banks in understanding their likely fate although no one, of course, yet knows how tough the tests will be. How risk-free is sovereign debt?

It is clear that the ECB has no expertise in the field of stress-testing. It will also be fascinating to see how the central bank assesses a Eurozone banking system where the ECB itself is the key provider of funding against diverse pools of loan collateral submitted by banks as security for cash! The integrity of the exercise really demands total independence and impartiality, and many regulators will judge that this diversification of role is inappropriate for the ECB. Sadly, it is too late for a dedicated and independent supervisory body to be appointed. News that “Oliver Wyman will support the ECB’s management and coordination and will provide financial advisory services for this project, notably in refining the methodology for the assessment” has also raised one or two eyebrows. This consultancy has recent experience with stress-testing Spanish and Slovenian banks but famously endorsed AIB (Anglo Irish Bank) as the ‘best-performing’ in the world only for subsequent losses of £14.8bn to cause its nationalisation and an economic trauma for the Irish. Ultimately, Ireland only survived through an EU/IMF bailout.

There is much dismay across the Eurozone at the timing of the announcement of the ECB stress-testing. It appears that the vested interests of the ECB may have taken priority over the short term need for economic recovery in the Eurozone. Indeed Mario Draghi, the ECB president, has warned that some banks will need to fail the stress tests in order to prove the accuracy and credibility of the review in the eyes of the general public. He is no doubt very mindful that two earlier pan-European stress tests failed to spot potential problems with property lending by the Irish and Spanish banks. This can only point towards a robust review. Bank share prices fell even in Germany after the ECB unveiled its plans. There is widespread concern that the tests will show up unwelcome hidden surprises in bank balance sheets. Institutional investors will now seek to identify the weaker brethren in a sector already under attack from new regulation and hungry for capital. Sadly, the measures planned by the ECB to give greater stability to the Eurozone may yet backfire. There is a real risk that in clearing the decks for the ECB’s new role many marginal, poorly capitalised banks will be grievously wounded adding to the woes of those Eurozone countries with stuttering economies. In banking on failure, the ECB may be doing far more harm than good.

BANK ON YOUR OWN ENERGY