BANK ON YOUR OWN ENERGY 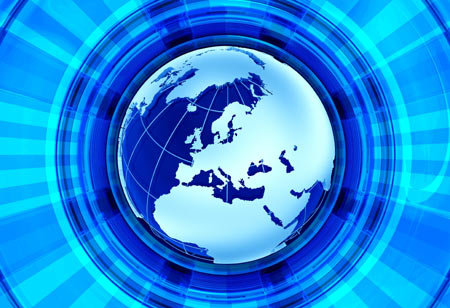 Jo Butlin, managing director at energy consultancy Utilyx explains why banks should consider generating their own energy s as part of their risk-management strategies.

Contrary to certain media reports, the banking sector is a relatively clean one. Its environmental impact is moderate when compared to transport, manufacturing, or even grocery retail. Coupled with the fact that many retail banks are streamlining their portfolios with a reduced high street presence, the sector’s energy use is not particular cause for concern. So, you may ask, when the financial services sector has so many other, seemingly more pressing, issues to consider, why should banks divert attention to their energy strategies?

The same question might be asked of a modern day household, taking steps to reduce their carbon impact by fuel-efficient boilers and double glazing. The answer is this: despite a reduced portfolio and in-branch energy saving initiatives, banks cannot assume that their energy bills will fall. In fact, the very opposite is possible.

The recent financial crisis might have pushed energy and carbon reduction off banking radars, but there are a number of forces at work which should encourage them to look again at innovative solutions to better manage risk associated with energy supply and avoid unwanted price shocks in the future.

Increasing cost of raw energy
In the last two years, the world’s energy markets have gone through a hugely turbulent time. International events play a major role in the cost and availability of energy at home; in the UK, catastrophes such as the earthquake in Japan, political unrest in the Middle East and the growth of emerging markets have all resulted in tankers with natural liquefied gas bound for the UK being diverted elsewhere, leaving the country fighting for remaining supplies. Exacerbated by a loss in generation capacity due to the closure of coal and oil burning plants, the UK has become increasingly reliant on energy imported from abroad. And with energy margins now so tight, any large-scale, global event, whether political or environmental, puts our energy supplies at risk, creating a perfect energy price storm which sees businesses and consumers paying the price.

Rising non-commodity costs
Rising energy prices are a real cause for concern but they only tell half the story. The UK has to invest £110 billion in generation and transmission systems by 2020 to secure supply and to meet its carbon-reduction targets1, which means that nearly half of businesses’ energy bills will go on green taxes to fund the construction costs of new renewable power generation plants and to upgrade the ageing infrastructure that restricts our ability to introduce more flexible energy solutions. These two elements combined are set to see energy bills climb. Banks, as with all energy consuming businesses, need to take pre-emptive steps now to reduce their vulnerability by considering ways in which they can reduce the amount of energy they use and also lock-out part of their energy spend to minimise the risk of price shocks.

Think future, think energy
Another way to put itself back in the driving seat is for a bank to look at generating its own energy. Onsite generation from renewables can give banks more control over price and security of supply, as well as providing them with back-up capacity. Carbon emissions are reduced, leading to improved carbon performance and valuable credentials through a official schemes such as the Carbon Reduction Commitment.

But onsite generation itself is moving forwards and it is no longer just about putting solar panels on the roof of your
HQ; banks can now go further by investing in the development of renewable energy generation projects.

But onsite generation is not the only way that banks can control energy costs and secure supply. Through Power Purchase Agreements (PPAs), businesses can now help realise new renewable energy projects in the UK by committing to buying a portion of their energy requirement directly from a renewable generator. Whether they choose to purchase one per cent, ten per cent or hundred per cent of their energy this way, PPAS bring financial and environmental benefits.

Firstly, these are usually long-term contracts, so they enable banks to lock a portion of their energy bill – similar to offering fixed-rate mortgages to provide the security of price. As with interest rates, so too will energy prices rise – so the ability to write in stone part of a business’s energy spend for anything up to twenty years is a key way for banks to protect themselves, and their customers, from price spikes. Private investment in renewable energy generation projects is going to prove crucial in ensuring that countries’ security of supply is not at risk as we all move away from fossil fuels and embrace a low-carbon economy.

Even for businesses, like banks, with comparatively moderate energy use, regaining control of what they pay and having a secure supply is a critical aspect of risk management. Energy bills stand to double within a decade, which have a huge potential to severely impact the way banks operate. Now, as we start to see a glimmer of hope in the economy, it is time to divert attention to the next big threat facing British business.