European retailers downbeat despite Black Friday boost
Our website publishes news, press releases, opinion and advertorials on various financial organizations, products and services which are commissioned from various Companies, Organizations, PR agencies, Bloggers etc. These commissioned articles are commercial in nature. This is not to be considered as financial advice and should be considered only for information purposes. It does not reflect the views or opinion of our website and is not to be considered an endorsement or a recommendation. We cannot guarantee the accuracy or applicability of any information provided with respect to your individual or personal circumstances. Please seek Professional advice from a qualified professional before making any financial decisions. We link to various third-party websites, affiliate sales networks, and to our advertising partners websites. When you view or click on certain links available on our articles, our partners may compensate us for displaying the content to you or make a purchase or fill a form. This will not incur any additional charges to you. To make things simpler for you to identity or distinguish advertised or sponsored articles or links, you may consider all articles or links hosted on our site as a commercial article placement. We will not be responsible for any loss you may suffer as a result of any omission or inaccuracy on the website. 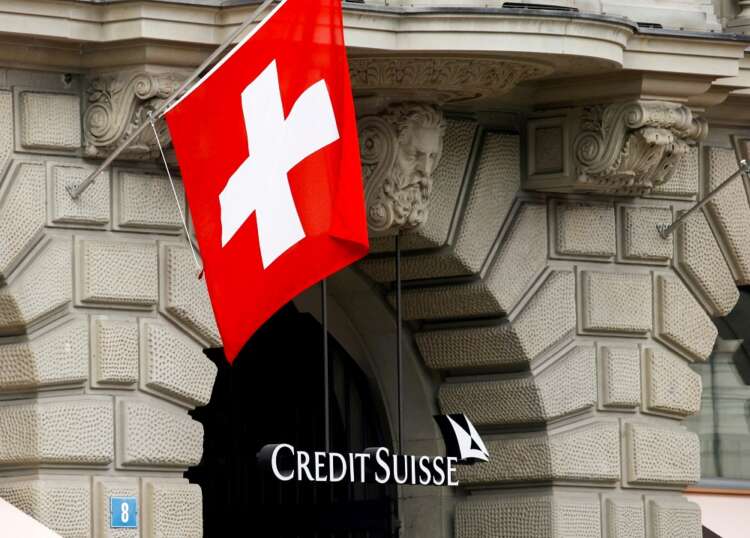 LONDON (Reuters) – Euro-denominated bonds issued by Credit Suisse dropped to record lows on Monday, reflecting market concern about the Swiss bank as it finalises a restructuring programme due to be announced on Oct. 27.

The embattled lender’s longer-dated bonds suffered the sharpest declines. The 2032 issue lost more than 7 cents to dip below 70 cents in the euro before retracing some losses to trade at 71.8 cents, Tradeweb data showed. The 2033 bond dropped as low as 53.0 cents in the euro,

The bank, which is in the process of a radical overhaul, said last week it was pressing ahead with its strategic review due to be published later in the month which includes potential asset sales.

“The big question is what are the losses they have to take on asset sales and what does that do to your capital ratio and do we need to do a new rights issue?” said Joost Beaumont, senior fixed income strategist at ABN AMRO in Amsterdam.

“The answer is nobody really knows which is why we are seeing this sell-off,” Beaumont said, adding Credit Suisse was among the top debt issuers in the sector.

Credit default swaps (CDS) for Credit Suisse – instruments used to insure exposure to the lender’s debt – stood at 250 basis points (bps) on Monday – a sharp increase from the 57 bps at the start of the year, data from S&P Global Market Intelligence showed.

Meanwhile, Credit Suisse shares slid by as much as 10% on Monday.