By Bill Trueman CEO of risk prevention consultancy Riskskill, a division of UKFraud.

As a corporate risk prevention consultancy, we decided to open the New Year with a list of what we believe are the 8 biggest corporate risk hotpots faced by management in 2013. These are:

1. Fraud. With fraud set to reach increasingly higher levels in tighter economic conditions, businesses face a battle with those who are determined to defraud them. In 2013, supply chain fraud will be a major growth area, as squeezed suppliers face temptation to cheat, often using IT systems to cover their tracks. This type of fraud can range from simple ‘weights and measures’ issues through to credit based fraud and professionally planned attacks. As a result, procurement fraud will reach record levels this year, where company purchasers, face a range of temptations, including bribes from suppliers. Generally, internal fraud is running at its highest level, with the UK government’s National Fraud Authority (NFA) likely to report continued growth in its annual survey of fraud. For the last 3 years it has reported estimated fraud losses that are roughly doubling each year.

2. Cyber Crime Attacks. Such intrusions will remain a concern in 2013. Daily automated attacks on bank and retailer systems runs into the millions. Businesses are especially exposed where they trade on-line, as the customers are faceless and there is comparatively little time to check the efficacy of the client’s details, and great opportunities for cheats. Controls over ‘apps’, such as payments through mobile and NFC (Near Field Communication) devices are also on-going risks that are growing as these technologies evolve. Technically skilled fraudsters and self-styled cyber-warriors’ love such conditions and it is a constant race for ‘switched on’ payment processors to find the ‘security holes’ before such people actually cause havoc.

High quality and large amounts of customer data reaches criminal hands every time that we see a high-profile data-security breach, and it gets harder for us all to tell the good guys from the bad guys. 2013 will therefore see an increasingly greater emphasis placed upon PCI DSS and other data-security and integrity issues. There will also be continuing government interest in talking about this subject with fears of major attacks on the country’s infrastructure.

3. Social and Other Media Related Risks. The huge rise in different types of mobile device platforms along with the corresponding growth of social media now poses a huge reputational challenge for businesses. Within minutes, organisations can be the victim of blistering customer backlashes which might or might not be justified. Many corporations are making a start by attempting to formally control how their own employees release company or workplace information through social media. The number of reported dismissals and legal cases for irresponsibly through social media is soaring, and beyond this there are increasing risks in ‘getting it wrong’ with ‘social-communications’. 2013 will see a significant rise in the ownership of social media policy by corporate communications management, and many more high profile ‘media’ cases.

4. Silo Mentality. Borne out of the desire to conduct business correctly, increasingly complicated silo structures have grown up in the business world, with the corporate tsars of compliance ‘vying for power’ with those running policy, risk and traditional management functions such as IT and finance. It is possible that key decisions on fraud policy, for example, will fall between these silos, that finds managers that are only partially responsible for an issue, and a whole gaggle of people who all feel that something is ‘their bag’. An without cross-function internal teams working closely with non-execs to allocate and refine wisdom, roles and responsibilities there is often ‘trouble in store’.

5. Big Data-Compromise Risks. As a result of corporate compliance and customer contact drives, organisations now hold increasingly huge volumes of data such as customer files. This development does pose its own data breach risks, as more criminals seek to steal data to use it for financial gain whether through buying goods on someone else’s account, taking over bank or card details, or simply selling lists to mail/market to. However, the evolution of the ‘big data’ culture will also deliver huge benefits in 2013. Recent improvements in business intelligence and data analytics technology have delivered significant benefits for those working to manage big data projects along with those focussed on the risk and compliance issues raised.
Companies can now monitor hundreds of millions of transactions continuously for patterns of potential fraud, cyber-attacks or money laundering. Often this is happening at speeds many times faster than even a year ago. It also allows marketing professionals to make more incisive assessments of customer behaviour and therein to tailor and fine tune campaigns accordingly. 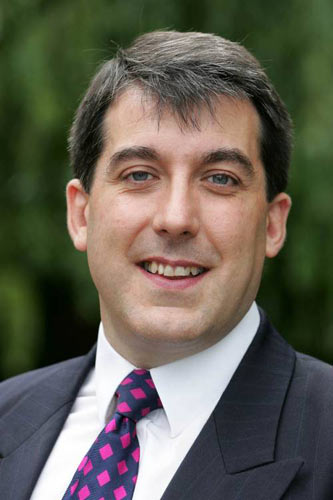 6. Credit Risk Losses v Profitable Lending. Banks and other organisations, such as retailers, are under pressure from shareholders, the media and wider stakeholders to avoid bad-debts on one hand, whilst increasing profitable business lending on the other.
There is a potential risk of a lose, lose situation developing where once again such pressure leads to bad financial products and the risks of mis-selling and bad debts from over-stretched customers.
To take retail as an example, store-finance schemes and other ‘loyalty’ lending products face mounting credit exposures and losses through debt defaults, and write-offs.

7. Legal Claims. Whenever there is a downturn in the economy, people seek-out legal redress from anywhere that they can find it. The insurance industry and local authorities are tired of the ‘slips and trips’ type scenarios and is fighting the continual rise in these cases. However, many other organisations seriously underestimate how big the potential legal risks can be. They are likely to face even greater pressure on this front though in 2013, as the TV ad style accident and PPI lawyers start to look for the next big thing.

8. Environmental, CSR and Sustainability Risks
Often the investment in ‘environmentally friendly’ and wider ‘social responsibility’ issues and other ‘sustainability initiatives’ will be finely calculated parts of a wider ‘corporate score-card’. In more difficult economic times, these broader social and ‘green’ initiatives can suffer; the financial commitment made in the good times can also damage the longer-term investment, security and stability of businesses when things are tighter. So there is a longer term balancing of the risks required – i.e. the corporate social responsibility commitments flagged on the company’s website need to be measured against the real-life, long-term trading conditions. As reputation ‘can be all’, corporates need to make sure that long-term CSR commitments aren’t ultimately suspended or frozen with the risk of damaging their hard won reputations.

From our research and experience of many businesses, Riskskill can see that most organisations are needlessly at risk in a number of areas. Often the potential and consequential losses will be a major threat to businesses performance. To put them right and protect our businesses, we need to make sure that our processes, procedures and systems are clear, tight, ordered and well managed. Whilst the risks can usually be identified quickly and effective plans drawn up, it usually takes a little help and some wider corporate consensus to get things done. External risk management specialists, free of internal politics and silo rivalries, can help organisations appreciate quickly the level of risk they are running and plan accordingly. Strong internal risk management teams can also help combat the risks. However, the first step necessary for many corporations in 2013 is to recognise the risks they run and the need for change itself. Until they do, our role, as Riskskill, is to help people by continuing to highlight the risks most likely to be faced.