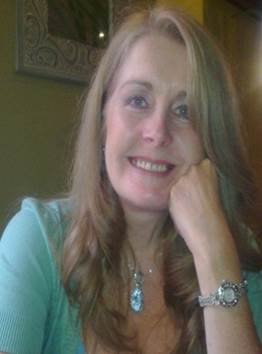 For the majority of smaller banks and the bulk of UK building societies, the imminent arrival of COREP presents significant challenges, as the majority haven’t previously had to work at this level of reporting complexity before. The key issue is that COREP is a task for now, warns Amanda Hartshorne, Principal Business Consultant, Compliance, at solutions specialist Sopra Banking Software

January has come and gone. So has February, and March. And this march of time should be making you uneasy. If you have not done anything about your COREP responsibilities, you will have a lot on your plate.

Why? Because COREP, these crucial European compliance rules, or more formally the introduction of Common Reporting, which is incorporated into the requirements in CRD IV, is set to have an effect on all parts of the UK financial services sector.

COREP was mandated by the European Banking Authority as part of the on-going Basel III reforms. And while it is true it was originally set to be adopted by the former Financial Services Authority for the UK banking industry on the last day of 2012, that didn’t happen. Instead, the FSA, (and now its successor the FCA) has had to put back implementation of COREP by a further twelve months, due to the delay in ratifying the CRDIV package of reforms (see the FCA statement) published on 16th April. As the FCA statement confirms, they are working on the assumption that the legislation will be implemented in the UK by 1st January so if you ‘read-between-the-lines’ this means they will require firms in the UK to start collecting data from the period beginning 1st January 2014, assuming the legislation and related standards are in force by that date.

So it’s possible that COREP might slip a little – but that’s all it’s going to slip and it has definitely not been abandoned. That’s because whenever the rules kick in, COREP (and in some cases its less well-known cousin FINREP) will at a stroke completely change all your current financial regulatory reporting requirements.

Not only that, but to be completely on top of these COREP and FINREP issues – as you will have to be, or face the risks of falling into non-compliance and the danger of fines, loss of business and reputational damage – is not a trivial task. That’s because it requires extensive additional data items, much more granular data and new reporting formats.

It also means engaging with XBRL, a new business reporting computer ‘language,’ which is an open standard that has been created to better help describe financial information, electronically exchanged, between businesses and regulators.

In practical terms what’s the bottom line here? The reality is you will have to deal with COREP/FINREP using whatever resources you have available. It means your organisation has to become XBRL-skilled. It also means all your old, familiar routines for dealing with the FCA, the Bank of England and HMRC are going to stop working imminently.

It’s acknowledged that for many international banks and tier one financial services organisations, the imminent arrival of COREP presents less of a problem. That’s because they have more resources that they can allocate this to in order to be better prepared.

For the majority of British building societies and Tier 2 banks, available resource to tackle these issues is scarcer. The challenge, which many CIOs of financial services firms report to us, is that this will mean intensive up-skilling in XBRL. The problem is that most financial services teams have low exposure to its very different characteristics: XBRL is a very powerful and useful formatting language, but XML or even Excel it is not.

It also means having to manually pull COREP-relevant data together out of a number of disparate systems. This manual processing will also risk data quality being affected and errors being introduced through the re-keying of data from one system into other systems.

The real danger here is that if you approach COREP and FINREP reporting casually, the authorities will bite back hard. Extra resource is required to handle COREP and FINREP’s introduction, as well as the creation of new business processes to keep the process up and running. We’re also talking about the real risk that badly implemented COREP will mean fines, reputational harm and considerable hassle.

It doesn’t have to be a nightmare
The good news is that there is help to be had. There are expert third parties on the market who could take away the pain of getting up to speed with new formats and features.

What sort of expert help should you be looking for? The reality is there are plenty of niche offerings on the market for COREP/FINREP, but we would recommend only seeking COREP help and counsel from an organisation that has real, in-depth knowledge of the regulations. Also, a supplier that is able to say it has been tracking COREP and developing each version of the COREP templates as well as understanding the exact specifics of what a COREP report look like. That means they can quickly interpret the regulatory requirements and manage any changes to them. They should also have a good working relationship with the regulators themselves. And crucially, they have to understand XBRL, the new data format for COREP/FINREP, inside out. COREP is live in Europe, so you may also want to choose a supplier who is already providing software for these requirements and is supporting its clients who have to report on the current COREP templates.

Naturally this trusted third party also has to be able to offer a compliance system to comprehensively and transparently automate the reporting process, as well as offer real-time checks and in a user-friendly manner. If the solution is already being used at big name financial services houses then that speaks volumes.

Scale is also important, as you will likely need the technology to handle very large volumes of data. Bigger banks or financial institutions need to quiz the niche solution provider on scale as it could be a definite issue.

Getting your compliance right is mission critical. Neither the Bank of England or the FCA are known for their laxness these days over core reporting requirements, and the public is also not very forgiving when it comes to banks and their mistakes either.

Finally, experts say that COREP compliance can take anywhere up to 50 days. That means that if COREP comes on-stream at the end of 2013, you need to be starting the project during quarter 3 this year, at the latest. It may even arrive sooner.

So COREP is genuinely a task for now, not for later in the year. Seeking help in good time will therefore save you a huge headache and resource.

The writer is the Principal Business Consultant, Compliance at Sopra Banking Software (www.soprabanking.com), a global leader in software and IT services for banks and financial institutions