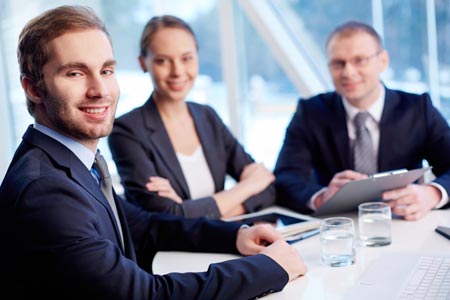 Speed and accuracy are the currencies of the digital economy. When bitcoin was released in 2009, it fundamentally changed the way that people think about money and financial transactions. And while bitcoin never became as universal as it hoped to be, the system behind bitcoin is now poised to disrupt the way financial organizations operate. That system is the blockchain, and its ability to quickly validate trusted partners and facilitate accurate record keeping and trade is very relevant to banks,financial institutions and corporate finance functions.In a World Economic Forum paper issued last year, it is estimated that 10 percent of global GDP could be stored in blockchains by 2027.

Banks and financial institutions have already begun heavily investing in blockchain. In fact, many have been doing so for years. But it’s still mostly done in a silo – undertaking very specific tasks, like: crypto currencies,managing the clearing and settling process, payments, or R&D initiatives. The true test for blockchain will be in how it integrates with existing technologies and infrastructure to scale from small, test cases to larger, enterprise wide operations. And this is where it will, undoubtedly, get interesting. Leaders in the field will now need to work on establishing procedures that connect blockchain’s rich data to an organization, allowing businesses to quickly analyze information to make informed choices about business operations or strategy.

There will no doubt be challenges along the way to mass integration – blockchain was not initially designed to take on the complexities and challenges of the enterprise. It was meant to serve an individual consumer – the bitcoin user. For it to be a successful, widely used tool for banking institutions, there must be a greater emphasis put on architecture and data integration as well as security and regulatory policy.

Like other digital innovations, blockchain will have to figure out how to cope with and adapt to regulations that vary in degree and complexity. In April of this year, The Chamber of Digital Commerce and three leading blockchain trade organizations launched the Global Blockchain Forum, whose mission is to help form blockchain regulations. Expect to see those regulations put in place sooner rather than later, especially as the technology continues to advance. Certain countries and states may have an easier time reaping the benefits of blockchain, as regulations and experience with blockchain vary depending on the location.

Everyone in the banking sector should be paying attention to blockchain concepts and technologies. For blockchain to advance, technology and service providers – like SAP – will need to step forward and serve as a trusted advisor to the banks that are leading the development of these technologies.

While it could be as long as five years before businesses make widespread use of blockchain, the potential for disruption is huge. Here at SAP, we are looking at concepts, technologies, existing implementations, partnerships and future product integrations that will allow us to help our customers understand the role that blockchain could play in their business.

It’s crucial for banks to innovate and think about the future. Those that focus solely on harvesting existing customers and processes are going to quickly fall behind. For businesses considering the blockchain today, it’s important to keep these questions in mind:

Chief Financial Officers and respective departments will need to re-think the way they are doing business. After hundreds of years with no changes in core processes like accounting and auditing there seems to be coming a major shift with distributed ledgers. The concept of double booking and then reconciling and auditing will be converted into triple entry accounting as the blockchain triggers the third entry.

The whole shift from the current transactions based model to the more disruptive model around shared economy creates the internet of value. The blockchain can even disrupt the disrupters – why do we need Uber? Why can’t Airbnb be a distributed app? You could even ask some more provocative questions like:

In the next two to three years, many of these questions will be answered. There will be an increase in business use case examples, in banking and other industries, which demonstrate ways of overcoming blockchain’s obstacles and the benefits it can bring to a business. As these use cases begin to overwhelm the current, technical discussions, we will have a better understanding as to the long term business relevance and viability of the technology.

While bitcoin may have been a flash in the pan technology, it has given the financial world a new way to look at its architecture and systems with blockchain. As this space evolves throughout the next few years and more banks integrate blockchain into their overarching operations, one thing is certain – the possibilities are endless.