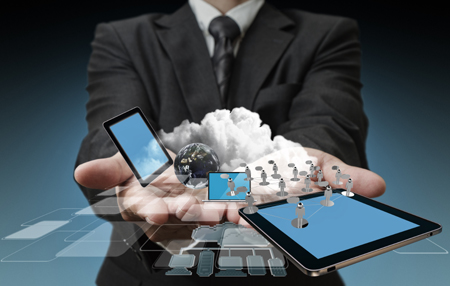 BlackBerry Limited (NASDAQ: BBRY; TSX: BB), PermataBank and Monitise (LSE: MONI) announced the forthcoming availability of its BBM Money service for smartphones running on Android, iOS and BlackBerry platforms. The launch is among a series of initiatives from BlackBerry which are set to enhance mobile payment capabilities for users of BBM.

BBM Money will be available for Indonesia customers using BBM on Android, BlackBerry and iPhone, from early 2015. Service enhancements will include the ability for BBM Money users to make commerce payments in a highly convenient and secure way.

BBM has been widely reported to be one of the most popular messaging applications in Indonesia. With the monthly active user count having grown by 150% over the past 12 months, and with Indonesia having only 11% debit card penetration[1] and the 2nd fastest rate of e-commerce growth after China[2], it is an ideal target market for BBM Money.

Developed by Monitise and issued and managed by PermataBank, BBM Money was initially made available in early 2013 to BlackBerry users, offering basic mobile wallet services. The new BBM Money will also be made available to Android and iOS smartphone users, regardless of who they bank with or whether they have a bank account. The new BBM Money will enable payments in participating retail stores and online, while continuing to benefit from bank-grade security measures including passcodes and encryption and leveraging BlackBerry’s expertise and legacy in security and privacy.

Peter Radcliffe, President EMEA & AP at Monitise, commented: “Interoperability, collaboration and scalability are key to success in Mobile Money – and this initiative is a great example of that. BBM Money is proof of how businesses can work together to give consumers a service which is genuinely more convenient than what they had before.”