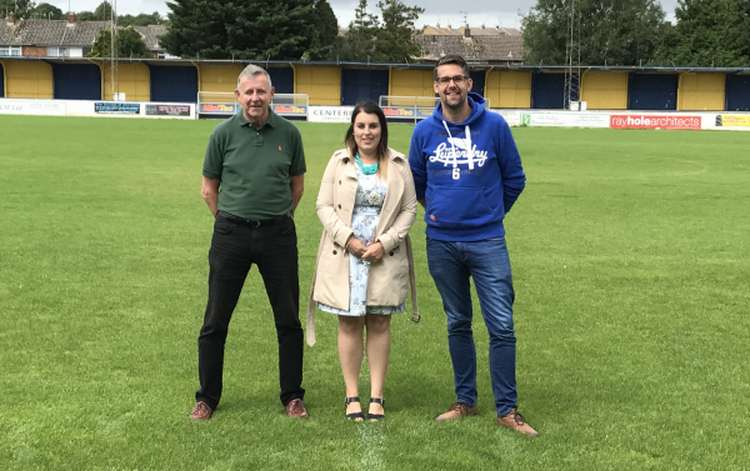 Bartercard UK recently announced it will be sponsoring Basingstoke Town Football Club throughout the 2017/18 season.

Bartercard UK, which is a global online trading platform, has secured a year-long sponsorship deal with the Hampshire-based club. It’s not the first time that Bartercard UK has offered its support to sports teams or clubs, and being associated with community activities like this is a core feature of the brand’s ethos.

Philip Ciniglio, CEO of Bartercard UK, said: “It’s a fantastic opportunity to be able to sponsor football clubs such as Basingstoke Town FC. As well as giving our support to the team, it gives Bartercard UK the chance to showcase our brand to potential new members. We wish all the team at Basingstoke Town the best of luck for the upcoming season.”

Bartercard UK branded hoardings will be highly visible throughout the grounds in Hampshire during the sponsorship period, providing lots of exposure for the online trading brand.

The sponsorship deal is also great news for the Hampshire football club, which has been around since 1896. Will Wilkinson, Head of Digital and Marketing at Basingstoke Town FC, explained: “We’re truly delighted to welcome Bartercard UK as a principal sponsor for the 2017/18 season. It means so much to our club to have such a great sponsor on board. Being aligned with such a globally established company is also fantastic for our team, and can help elevate our status and reputation as a football club.”

Will adds: “As our fans will know, the club is going through a transition currently with the current Chairman stepping down and stopping his financing. The club is moving to a community ownership model so saving money off the bottom line is critical for us to survive and thrive.”

The partnership sees Basingstoke Town FC become a member of the Bartercard network, with sponsorship funds being offset against services the club would have otherwise paid for in cash, and is already paying dividends with the club recently saving £1000 on insurance renewals.

Founded in Australia in 1991.Bartercard is the operator of the world’s largest trade exchange where small to medium-sized businesses conduct transactions without the use of cash.  Bartercard currently has over 50,000 cardholders who barter in trade currency assisting them to conserve cash, move excess stock, fill downtime and increase their customer base.

The online barter trade business operates in nine countries, has 75 offices and employs 600 staff worldwide. Members pay a monthly fee and a small commission, and can choose between three membership options (http://www.bartercard.co.uk/membership-options/) according to their turnover. They can trade with other members and enjoy the benefit of an interest-free line of credit and access to networking events.