69% OF CUSTOMERS DEMAND INNOVATION FROM BANKS 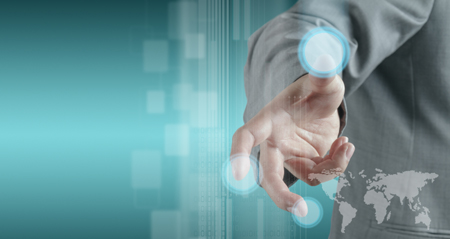 A large majority of customers want innovation from their banking suppliers, according to a survey produced by technology firm Sopra Banking Software. The report was compiled using data from a survey of 5000 customers in six European Countries (France, UK, Germany, Spain, Belgium and the Netherlands).

While 69% say it is important to have an innovative bank only 12% of consumers surveyed fully agreed that their bank is innovative.  Additionally, out of the respondents Interested in new technology 33% of customers are ready to switch banks for the latest technologies.

Consumers are willing to share more data such as their personal information in exchange for clearly identified benefits. Interestingly, the results showed the generation gap might not be as large as we would expect. Remarkably, the openness to sharing more data holds across generations, i.e. in the whole 18-75 age range.  According to Forrester, the typical company only tags 3% of their data and only analyses 0.5%. Most companies are throwing away 99.5% of their leverage with the customer.

“This highlights a lack of engagement on the customer side as well as a lack of added value on the bank’s side,” said Dr David Andrieux from Sopra Banking. “From the findings, customers are happy to switch if they find better offerings demonstrating that playing it safe is the riskiest strategy of all.”

Despite the 2008 financial crisis, trust and customer satisfaction levels are remarkably high at 82% and 85% respectively and 90% of consumers have no immediate intention to move banks.

However, they are also open to change, willing to share more data and interested in new technology.   Only 12% of customers agree that their bank is different from other banks while 33% ‘somewhat agree’.

This figure varies between countries and although Spanish banks are amongst the most innovative banks in Europe, Spanish customers are more demanding and less satisfied with their banks.

78% of respondents consider it to be important to have an innovative bank and 58% are ready to switch to a bank providing the latest technologies. “Perhaps, once people get a taste of the possibilities enabled by modern thinking and technologies, they can’t get enough,” explained Dr David Andrieux from Sopra Banking. Interestingly, it was evident from the findings that technology and innovation is important not just for the younger generation (18-24), but also for the whole 18-44 age range.

Traditional banks are losing their appeal. Customers are looking for something more or something different with 54% of banking customers open to choosing a ‘non-traditional’ bank such as Pure Online Banks, Ethical Banks, Community Banks and a New Twist on the traditional bank.

The interest of customers in peer-to-peer (P2P) lending and crowdfunding is significant, with 21% and 27% respectively proving of interest.

Alternative finance now constitutes a sizeable market, especially in the UK, but increasingly so in other EU countries. Despite remaining questions regarding its profitability, the European alternative finance market as a whole grew by 144% – from €1,211m in 2013 to €2,957m in 2014.

Banks must innovate and create value for their customers through exciting nonconventional products and initiatives that use a platform designed for the digital age. For example, offering a digital wallet management platform, in which banks can integrate services from third-parties.

The whitepaper can be downloaded here: http://www.soprabanking.com/en/seducing-the-runaway-customer