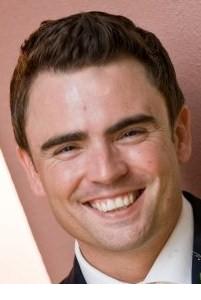 In an industry as fast-paced and technology-dependant as financial services, decisions about which IT systems to implement, when to change them and how to operate them are vitally important. In financial companies there is a strong dependency on IT infrastructure but often limited internal knowledge, as the IT function in this environment is often outsourced.

The release of Windows 8 therefore presents a challenge. On the one hand, the fact that it’s a new, more sophisticated system makes it desirable,yet on the other hand it will require a non-techie workforce to adapt to a very different user interface. This initial stumbling block, although important, is actually just one of many factors that firms will need to consider when assessing the pros and cons of Microsoft’s latest trailblazer.

Most businesses will not gain anything from moving to Windows 8 from Windows 7, but that is not to say that there is little difference between them. Windows 8 is all new, not so much at the core, but in terms of user experience it’s different, completely different. There lies the biggest issue. Many will remember the pain of moving to Microsoft Office 2007: the change was vast and caused a raft of training and productivity issues. The new Microsoft Metro interface is similar to the iPad. It is pane-based, yet it still needs to flick back to the old desktop system as most applications aren’t designed for it. That’s a good thing, but you can expect the old desktop to slowly evaporate in later releases when people get used to it. In general, people don’t like change.

So, what’s the case for Windows 8? Well, it’s certainly a choice for those businesses that need to move from XP. Windows XP is going end-of-life from a product and support perspective in early 2014, so many businesses are going to have to make a move. In terms of timing, Microsoft has got the product launch down to a T. Windows 7 is a very good operating system from a business perspective, but Windows 8 has landed at a time that creates a dilemma for many, mainly due to the fact that there are still a huge amount of Windows XP estates out there.

The case against? Don’t forget training –and don’t underestimate how important it is. Yes, people may be able to use PCs and applications now, but that’s because they’ve had PCs at home for the last 15 years or so. However, many can only navigate around as they know the environment, which hasn’t really changed very much since Windows 95. Yes, a good percentage will be able to work it out, but many will struggle.

Finally, a curveball: the interface may be different, but I remember how horrified everyone was with the Windows XP interface. After Service Pack 1 it was a perfect product for laptops, and once laptops were all on it, it made the jump to the desktops. This was pushed even further with the release of Windows Server 2003. Don’t forget that Windows Server 2012 is here. We may very well see the XP/2003 scenario replicated with Windows 8, starting from the tablets.

So, from a tech perspective, what is actually new? Well, a number of things have changed, here are some relevant highlights. Hardware compatibility has been drastically improved. Virtually any PC or laptop that will run Windows 7 will run Windows 8. Also, many PCs running Windows XP will also run Windows 8. That’s a big jump from the past, where you’d have to update your whole environment to move to a new operating system. It’s also much better at managing memory, so opening and upgrading PC and laptop RAM shouldn’t be necessary. That hurts the hardware manufacturers, but it helps businesses. A lovely new feature is Windows to Go. It lets you boot into Windows 8 from a USB disk on another PC that is running Windows 8. When you log-off that PC or laptop, you leave no trace of your data. That may seem like a small feature, but it’s pretty big in terms of security.

One thing is for sure, the business planners responsible for IT strategy within UK financial institutions are currently in an unenviable position. To keep it simple, the general rule of thumb will be – stick with Windows 7 if you are already there – no matter what size of business. If you are using tablets (or want to use more tablets) then you may want to try Windows 8, but still leave the rest of your PC estate on Windows 7. It’s a solid platform and you don’t need to move; I’d still keep buying PCs and laptops with Windows 7 for at least the next 18 months to two years. Don’t forget that new operating systems take time to iron out the bugs, at least until the first service pack is released, and then a good few months after that.

Proactive or Reactive – Should That Be The Question?