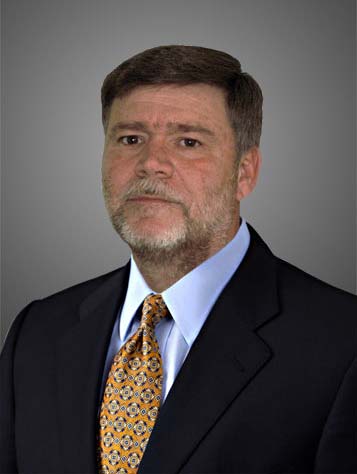 Banks may be nervous about employing wireless systems in a highly secure environment. But the recent introduction of hardware based on new wireless standards has moved the goal-posts in terms of performance and physical security. Perry Correll, Director of Product Marketing, Xirrus from leading high performance networking provider Xirrus tells us why.

In the first three months of 2012 alone, IDC* analysts estimate wireless network revenues grew 13.9%, with the enterprise segment alone jumping by 27.2% compared to the same period the previous year. As connectivity, reliability, security and performance continue to improve, more and more companies are choosing wireless over wired networks.
The burgeoning ‘bring-your-own-device’ (BYOD) trend is driving massive growth in this area. As more mobile devices, such as tablets and smartphones enter the workplace; the need for more powerful and robust wireless is critical to business success. Employees expect to have the same performance they’ve experienced on the wire networks. Wireless devices, mobile applications, and cloud-access improve worker productivity when deployed correctly.  When it is not deployed correctly, it creates management issues and productivity for the organisation drop.
As mobile data traffic is forecasted to grow at 92% CAGR between 2010 and 2015**, the challenge will be how to harness this huge demand for mobile data and ensure its safe and efficient use in the highly sensitive banking environment.
Wireless Protocols
The wireless local area network (WLAN) protocol, IEEE 802.11, and associated technologies, such as Wi-Fi Protected Access (WPA), allow secure high-speed wireless network access and mobile access to a network infrastructure. Until the recent development and wide adoption of 802.11b, also known as Wi-Fi, in order to obtain high-speed network access to your local area network (LAN) your network needed to be physically connected to the LAN with some type of wiring.

By using up to 24 non-overlapping channels, the 5GHz network can provide up to 8 times the bandwidth compared to 2.4GHz three available channels, with much faster speeds and much less potential for interference.

Potentially, in terms of performance and reliability, 5GHz is a game changer. At Xirrus we have experience in installing wireless networks in more than 1,000 locations, ranging from hospitals, schools, businesses, conference centres and of course banks. This has taught us a number of valuable lessons in terms of the capabilities and optimum performance of wireless networks.
It is crucial to plan, and plan early, for any wireless deployment. A recent Gartner report*** shows enterprises deploying iPads will need 300% more Wi-Fi capacity than they currently have to cope with demand, and by 2015 almost 80% of newly installed wireless networks will be obsolete because of a lack of proper planning.

Performance
Uptake of the latest wireless technology in the enterprise however has not been rapid.  A number of misconceptions have slowed its progress, including concerns over performance, reliability, security and the health impact of wireless transmission.
The fact is that wireless performance need not be an issue, as long as you recognise that it’s not just about bandwidth, but also about the density of users on the system. The 5GHz transmission mitigates network deterioration by distributing the load across multiple radios, and balancing the load across the network. It leads to a substantial improvement in performance levels compared to legacy systems and creates an environment that is as good as, if not better than wired.

Security
Wireless systems have always been scrutinised because anyone with a network capable device can potentially gain access and compromise security. But in reality, a wireless system has as much physical security as a wired network.

In a wired network, all security is contained within the network and as long as only authorised users have access, then communication is secure. The physical security of the system comes from the walls, doors, guards and receptionists that make up your surroundings.

As it is not possible to contain wireless, providing the virtual environment for secure communication is vital.  Strict authentication and encryption protocols provide a safe data environment.  With as many security controls as wired systems, including VPN, firewalls, user segmentation and certifications, wireless is now as secure as wired. In addition, a Mobile Device Management system can recognise tablet, phone, Blackberry, iPad or any other users depending on their device, and isolate them if identified as a threat.

Encryption protocols.
A major benefit of running 802.11n and 802.11ac networks is the increased security achieved using AES encryption compared to the WEP or TKIP protocols available on legacy network hardware, which often runs on the 802.11ag protocol.  This is a critical consideration for security conscious banks that need to ensure their systems are fool proof.

While AES creates a more secure network, it does increase the required encryption power to the core network. Since 802.11n supports approximately six times the data throughput of 802.11ag, there will be a need to encrypt around six times as much traffic. Many existing back-end controllers can’t handle this increase in encryption and some vendors have reported an 80% drop in throughput capacity when upgrading to the latest systems.

To achieve a high-performance network capable of replacing wired switches, a multi-radio, 5GHz 802.11n Wi-Fi network will provide the best results. The overall network must be appropriately designed, from the supporting wired network, to wireless device placement, to the Radio Frequency design. Stations should be capable of operating at 5GHz to take full advantage of 802.11 functionality and achieve maximum performance.

Health and Safety
A number of studies into the harmful effects of wireless radiation have raised concerns about their deployment in the working environment. The WHO / International Agency for Research in Cancer classified RF electromagnetic fields as ‘possibly carcinogenic’.

But this report’s primary focus was on the potential impact of cell phones to the side of the head due to pressing the phone against the ear for long periods of time, not on Wi-Fi emissions. Phones generally generate significantly stronger radio energy (up to 20 times more) than 802.11 Wi-Fi devices. Cell-phones are normally in direct contact with the users, while Wi-Fi devices are typically separated from the user.

The UK Health Protection Agency (HPA) has reasserted its position that RF emissions do not pose a public health risk and is safe to use in the workplace.

Summary
The new wave of wireless devices points the way towards a Wi-Fi future.  In general, between 75% and 90% of an organisation’s employees will require mobile connections, and use three or more devices over a cloud-based infrastructure to access these applications.

In short, traditional wireless arrays are failing in the face of an onslaught of devices and application usage.

With a properly designed 802.11 Wi-Fi network however, IT managers now have the ability to deploy wireless networks that can replace wired networks. With all the correct procedures in place, wireless networks can deliver similar end-user experience but with all the flexibility, security and mobility benefits that wireless brings.