Why Leadership Plays a Vital Role in Digital Transformation

ERP Software Selection: How organisations can find the best fit…

Why Customer Experience (CX) will help define the future of intelligent automation
Our website publishes news, press releases, opinion and advertorials on various financial organizations, products and services which are commissioned from various Companies, Organizations, PR agencies, Bloggers etc. These commissioned articles are commercial in nature. This is not to be considered as financial advice and should be considered only for information purposes. It does not reflect the views or opinion of our website and is not to be considered an endorsement or a recommendation. We cannot guarantee the accuracy or applicability of any information provided with respect to your individual or personal circumstances. Please seek Professional advice from a qualified professional before making any financial decisions. We link to various third-party websites, affiliate sales networks, and to our advertising partners websites. When you view or click on certain links available on our articles, our partners may compensate us for displaying the content to you or make a purchase or fill a form. This will not incur any additional charges to you. To make things simpler for you to identity or distinguish advertised or sponsored articles or links, you may consider all articles or links hosted on our site as a commercial article placement. We will not be responsible for any loss you may suffer as a result of any omission or inaccuracy on the website. 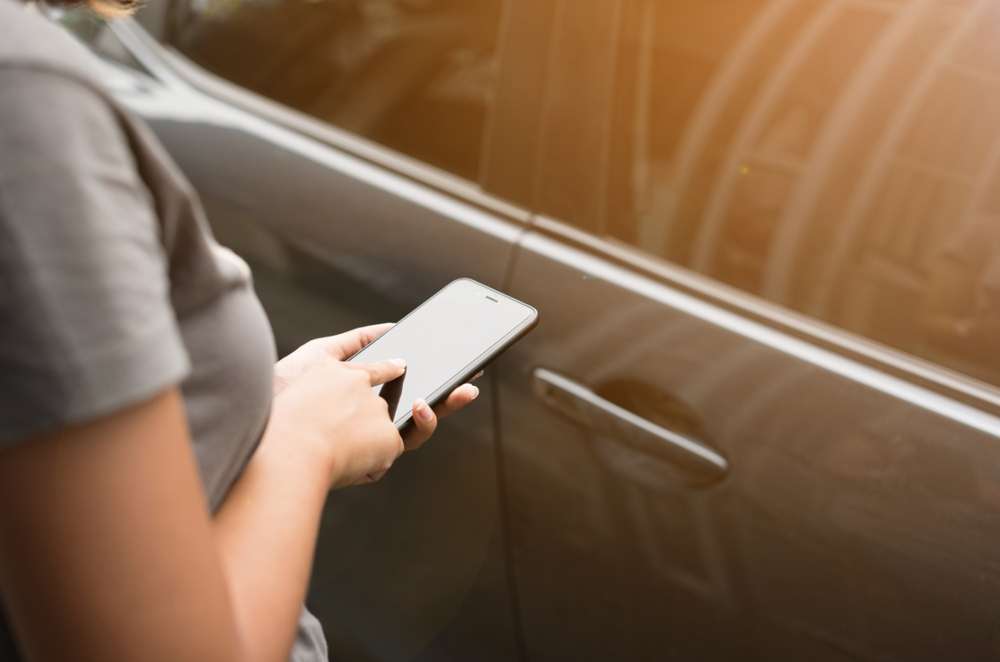 With global mobile phone usage expected to reach more than 5.5 billion users by 2022, the days without connectivity at our fingertips are long gone.

It appears that soon, the traditional car key will be extinct: firstly, replaced by contactless keys, and in the future, by smartphone apps. Here, CAT Autokeys discuss how soon this is likely to happen, and the potential security issues that come with this new technology. 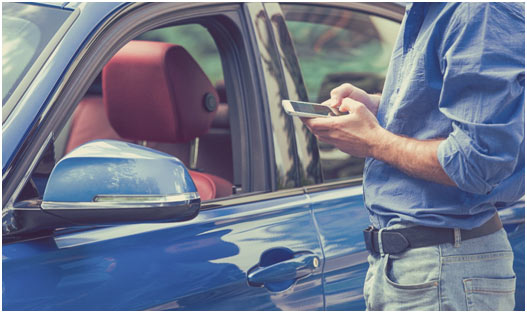 How Would You Unlock Your Car via a Smartphone App?

Advancements in car connectivity technology have been ever-increasing, and it’s predicted that soon, car owners will be able to unlock – and even start their own cars – by using apps that have been downloaded on their mobile phone.

In order to lock, unlock and start their cars, owners will need a “direct link to the secure element of the device”; and this is predicted to help reduce the risk of car theft.

The information that’s sent through this link will use a secured short-range connection, which means that owners must be in close proximity of their vehicle – much like if they were to make a contactless debit or credit card payment (i.e. closer to the car than you would with a traditional car key).

The way this would work, is once next to the car, the owner would place their phone by the door handle, and scan their fingerprint to unlock their vehicle.

If the owner wants to grant someone else access, they would share a passcode with them; and that’s also a solution for anyone who wants to enter a hire car.

How Soon Is This Technology Likely to Be Rolled Out?

Plans for smartphone apps to replace traditional keys are part of new developments from the cross-industry technology body, the Car Connectivity Consortium (CCC). This brings together well-known car brands such as BMW, Audi, Volkswagen and General Motors, alongside leading technology companies including Panasonic and Apple.

The ‘Release 2.0’ version has an anticipated launch date of early 2019, which will enable the technology to become both more scalable and affordable to implement.

Plus, the fact that so many car makers have been directly involved in the development, it’s likely that this digital key feature will be introduced to many car brands once the technology has reached the maturity stage.

Which Brands Are Already Backing the Move?

Whilst the CCC is aiming to make the technology more widespread, you may be surprised to know that it’s not the first group to try and implement this technology. That would be Volvo, who trialled a smartphone-based system back in 2016.

In fact, even now certain brands are actively using this technology with customers. For example, Tesla owners are already able to use a dedicated app as opposed to a key, to access their Model S, Model X and Model 3 vehicles. The other feature they boast is the ability for the car owner to limit the top speed and acceleration whilst someone else is driving their car.

BMW have also created an app that enables drivers to access their car, as opposed to using a traditional car key.

Should We Be Worrying About Security Issues?

New technologies always raise security concerns, but the fact is, with technology constantly evolving, companies are aware of potential issues, and can work to limit them.

The CCC have spoken out before about the technology currently used by Tesla and BMW, and have deemed it to be less safe than what they’re developing; assuring their new system will bring about “the highest state-of-the-art security level for vehicle access”.

Existing keyless entry systems have been exploited by criminals, who have been able to gain entry and even start a car by purchasing electronic devices online. In some cases, they’ve even been able to access gadgets which can programme blank fobs to work with specific cars in seconds – that’s not at all ideal.

One aspect introduced into the CCC’s technology to reduce the risk of theft is to revoke all keys once a car has been sold. This means that if someone were to sell their car and had shared their digital pass with someone else; the new owner won’t have to worry about other people accessing their car.

To conclude, whilst there are some examples of existing smartphone apps enabling car owners to enter their cars, this technology is still very much in the developmental stage. Security concerns will naturally rise, but the CCC has the time to review these issues, and put plans into place to minimise the risk. For the motoring industry, this is certainly an exciting break-through, and is one to watch over the coming months and years.

The Rise of Cloud Computing: completing the puzzle

The World is Shifting to Virtual Wallets, Here’s a Take on How it Works & Benefits