When the Regulator Calls… 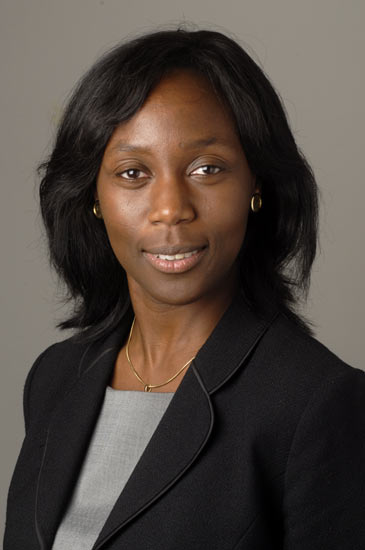 Companies face requests for information both from local and overseas courts and regulators. Supervision and enforcement teams within national regulators are collaborating and the cross over between regulatory investigations and litigation is growing. Moreover, organisations are increasingly required to respond to multiple prosecutions of the same wrongdoing by different government agencies, foreign regulators and private plaintiffs.
No commercial sector is immune from regulatory investigation, but recent scandals relating specifically to the banking and finance industries have thrown particular attention on companies in these sectors. In December 2012, the Financial Services Authority (FSA) imposed its largest ever fine on UBS following misconduct relating to LIBOR and EURIBOR. Large fines were also imposed upon JPMorgan Chase & Co. which faced a £33.3 million penalty in 2010 for not separating client money from the firm’s accounts suitably . In addition, in the same year Goldman Sachs Group Inc., London, was fined £17.5 million for failing to notify the FSA about a U.S. Securities and Exchange Commission investigation.

In a constantly evolving panorama of national and international regulation and legislation, businesses, supported by their legal counsel, need to keep abreast of, and comply with, a complex range of rules and laws. Being able to locate key information is critical when responding to investigatory queries or deciding whether or not to self report. Failure to do so can expose businesses to hefty fines, penalties and damage to the corporate reputation.
In order to understand the extent to which U.S. and European businesses are e-Disclosure ready for possible investigation by regulatory authorities or the commencement of legal proceedings, in 2012 Epiq commissioned research amongst approximately 2,000 firms in the UK, USA, France and Germany.

The results show that over half of corporations (58%) across the US and the key economies of Europe do not believe that they have rapid and accurate access to key documents should a regulator make an inspection. Companies in Germany are most confident about being able to produce the relevant documents rapidly (47% not capable), followed by the USA (56% not capable) and UK firms (59% not capable). French firms were the least confident, with 69% of corporations declaring that the majority of companies in their sector would not be able to access all the key information and types of document demanded by the regulator during the course of an investigation.

The 2,000 firms surveyed were drawn from 17 different sectors including manufacturing, aerospace and media and publishing. By examining the data relating to each industry it is clear that despite being highly regulated, respondents from both the banking and financial services sectors exhibit little confidence in the industry’s e-Disclosure readiness. 64% of those surveyed from the banking sector said that the majority of companies within their industry would be unable to access the key information demanded by a regulator. This was a sentiment echoed by 59% of financial services companies when assessing the e-Disclosure readiness of financial services providers.

Of the 17 sectors, banking ranked 5th with only the media and publishing, high-tech and information technology, telecoms and aerospace showing a higher proportion of respondents displaying a lack of confidence in their sector’s e-Disclosure capabilities (74%, 69%, 68% and 68% respectively). The financial services served a little better ranking 13th – although even here well over half (59%) of the respondents suggest that the industry is poorly equipped for investigation. Since this evidence was gathered before many of the 2012 scandals – including LIBOR and the mis-selling of PPI – it must be hoped that these experiences have prompted businesses to look to improve their e-Disclosure readiness.

Indeed, proactive measures will allow companies to respond effectively if they either suspect that wrongdoing has occurred and wish to conduct internal investigations as a precursor to self-reporting or if they are faced with a regulatory request for information.
An important part of this preparation is ensuring that the company has the ability to monitor a wide range of activities, undertaken by numerous individual staff members, who will often be located in several jurisdictions, and who will be using a variety of information management systems and other communication tools. A data map providing up to date information about how the business communicates with its contacts and where and how the information is stored will be essential to complying with the relevant legislation and regulations, and avoiding or reducing judicial or regulatory criticism.

As well as monitoring communications, it’s also important that companies have the ability to search and review the information for high risk communications using the most up-to-date and appropriate technologies available. While traditionally, this has been achieved by lawyers conducting linear document reviews, the increase in the volume of potentially relevant data calls for a more effective means of managing the amount of data which is presented to the review team.
For example, companies may benefit from the application of key word searches to particular document populations. They may also benefit from the ability to group together similar documents from very large document sets, to be appraised, on an on-going basis, of potential breaches. If wrongdoing is suspected, or regulators have commenced an investigation, and large document sets need to be reviewed, speed in the response will be vital. Technology which is able to rank or prioritise data in accordance with decisions made at the outset by a senior reviewer, and thereafter promote those documents which are most likely to be relevant to an investigation to the front of the review queue, will be invaluable in accelerating a response.

In addition, costs may be reduced if those managing the disclosure exercise are able to gain an early appreciation of the nature of the data, and are able to assess what is likely to be relevant to the investigation and what can safely be removed from the data set prior to review.

The introduction of new far-reaching legislation and the advent of more aggressive cross border enforcement activity make it more important than ever for companies to be prepared to respond to any request for information rapidly, efficiently and cost effectively. This can only be achieved if technology is introduced at an early stage and a more creative approach to the document review process is adopted, inserting outsourced resources where appropriate to tackle the increasing costs challenge.

Robust systems for capturing, categorising and retrieving key documents and data are necessary to ensure that information is rapidly retrievable. An investment in this area can prove beneficial on many fronts as systems can easily be adapted for different legislative or regulatory requirements. The research shows that companies within the banking and finance industries recognise their shortcomings in this area. However, it must be hoped the recent spate of investigations and fines will have prompted greater attention to be directed to e-Disclosure readiness.

Autonet continues to grow as they add to their management team