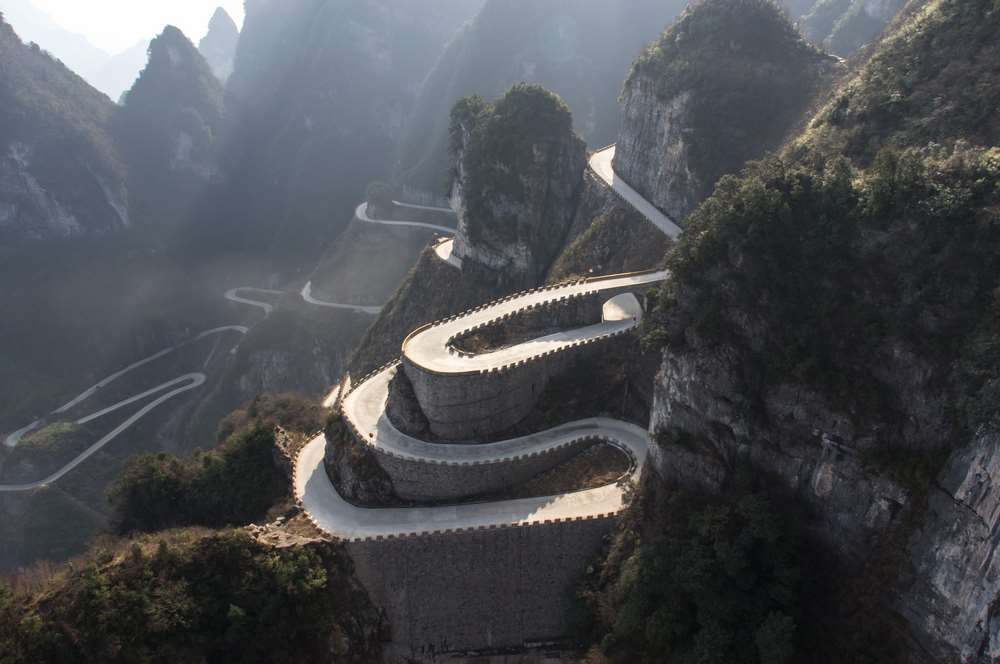 The tried and tested Volkswagen ID.R will set another record on 2nd September 2019 in its effort to scale its electro-mobility prowess in Tianmen Mountain in China. The prototype motorsport wonder will head to the Big Gate Road in Zhangjiajie in a historic move to establish itself as the flagship model designed and developed as part of Volkswagen’s I.D. Project.

Riding on the insurmountable success in the past year, Volkswagen has established itself as the pioneer in manufacturing e-mobility vehicles with exceptional performance capabilities. This particular route, amidst a stunning landscape, is making headlines, with Volkswagen signifying the importance of the growing need for automotive electrification strategy in China and worldwide. The French professional auto racing driver, Romain Dumas is expected to set the record straight when he drives the Volkswagen ID.R through the remarkable route at the highest speed ever.

Since it’s still an unknown stretch of road in this amazing highland, Volkswagen says driving here will be a memorable experience for the driver and the company. The German auto giant is optimistic that this record attempt will put Tianmen Mountain on the global map where electric vehicles are expected to set new standards in the world of electro-mobility.

As per the plan, this will be the first attempt where the 99 corners will witness the driving capabilities of Dumas while testing the performance abilities of the e-vehicle, all with official start and finish lines.The ID.R aims to create significant milestones in this historic move to conquer the Tianmen Mountain that can establish as a benchmark for future record attempts.

Dumas claims the record drive on the mountains would pose a memorable challenge for any racing driver. He is also the record holder for driving the ID.R across Pikes Peak in the U.S and at the Goodwood Festival of Speed in West Sussex, England. What makes this significant drive stand apart from the rest in the world is the lack of any information about this mountain route. The road provides a perfect backdrop for Volkswagen and Dumas to sharpen and enhance the learning curve to make the best of the opportunity.

A challenge of extraordinary proportions

A new track, hardly any information, limited time, few test kilometres; all these and more are keeping Dumas and his team on the toes to pull off what would go down as a revolution in the racing industry. An on-site visit by the team has proved to be a highly beneficial factor to make relevant arrangements in advance. A glaring challenge for Dumas and the team would be to complete the test drives within a few hours, specially allotted to Volkswagen. It’s a very short time on the prestigious mountain road that would be closed for the tourist traffic only for a few hours.

These challenges make the record attempt by Volkswagen all the more memorable and worth the efforts.

The ability to pull it off successfully

Volkswagen Motorsport Director Sven Smeets sounds confident and claims that the team is highly experienced to achieve memorable results irrespective of the given preparation time. He also expressed confidence in Dumas driving prowess considering his successful attempt in charting a fabulous breakthrough for electric drive at Pikes Peak. He signs off by assuring the ID.R’s outing at Tianmen with go underway under special circumstances amidst great anticipation.

The Next Change Is Coming. Is Your Financial Institution Ready?