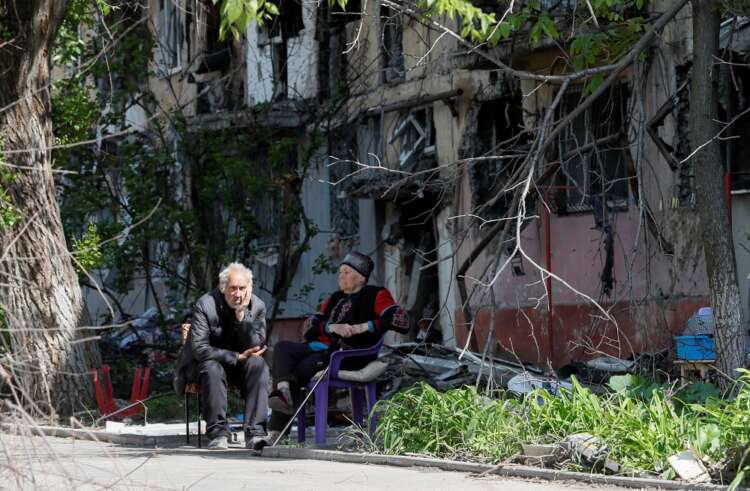 * Russia’s defence ministry said its forces pounded Ukrainian forces with airstrikes and artillery in the east and the south, targeting command centres, troops, and ammunition depots.

* Ukraine’s general staff said in its daily update that on the Donetsk frontline, Russian forces were trying to break through Ukrainian defences to reach the administrative borders of the Luhansk region, while further north they continued heavy shelling of Sievierodonetsk and Lysychansk.

* Oleg Sinegubov, governor of the Kharkiv region, said in a social media post that 11 people were wounded in result of separate Russian shelling throughout the region in the past 24 hours.

*Reuters could not independently verify the reports.

* Only Ukraine has the right to decide its future, the Polish president told lawmakers in Kyiv, as he became the first foreign leader to give a speech in person to the Ukrainian parliament since the invasion.

* Ukrainian presidential adviser Mykhailo Podolyak ruled out agreeing to a ceasefire with Russia and said on Saturday Kyiv would not accept any deal with Moscow that involved ceding territory.

* Zelenskiy said he had talked to Italian Prime Minister Mario Draghi and stressed the importance of more sanctions on Russia and unblocking Ukrainian ports.

* U.S. President Joe Biden signed a bill to provide nearly $40 billion in aid for Ukraine as part of efforts to boost military support over Russia’s invasion, the White House said.

* Turkish President Tayyip Erdogan, who has objected to Sweden and Finland joining NATO, held phone calls with the leaders of the two countries on Saturday and discussed his concerns about terrorist organisations.

* “Everything what’s happened here, it’s something that would not belong in Ukraine – the peaceful life… We have (an) opposite reality,” Ukrainian director Sukholytkyy-Sobchuk describing the sensation of being at the Cannes Film Festival while his country is at war.