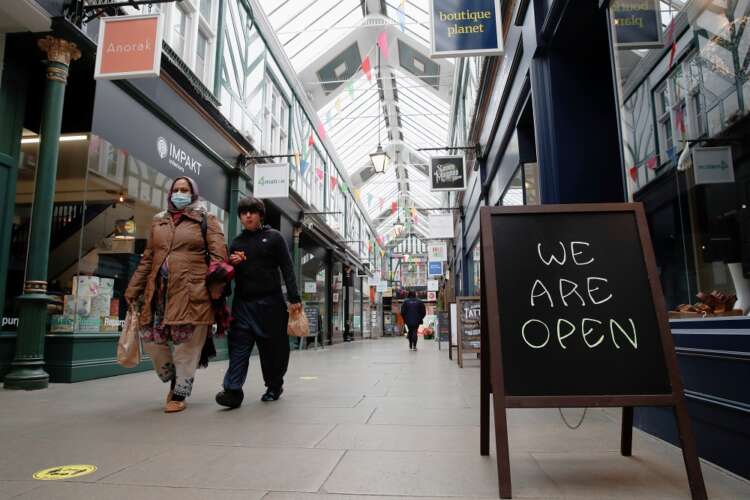 LONDON (Reuters) – British retailers reported a normal level of sales for the time of year, defying economists’ expectations for renewed weakness, but were the most downbeat about the outlook since November 2020, the Confederation of British Industry said on Tuesday.

The CBI’s monthly retail sales balance rebounded to -1 in May from -35 in April, far above economists’ forecast in a Reuters poll for it to rise slightly to -30.

Sales for the time of year were in line with normal after weakness in April, but are expected to dip again in June.

“The outlook for the sector has worsened due to high inflation and broader economic uncertainty. As a result, retailers are reining in their investment plans for the year ahead to the greatest extent since May 2020,” CBI economist Martin Sartorius said.

The latest official data from the Office for National Statistics showed retail sales grew by a much stronger than expected 1.4% on the month in April as Britons stocked up on alcohol, tobacco and sweets.

But most economists think a surge in inflation to a 40-year high will severely squeeze discretionary spending later this year.

The CBI’s quarterly measure for retailers’ business optimism fell to its lowest since November 2020.

The monthly survey was based on replies from 56 retail chains between April 27 and May 13.

Russia has not seen Italian peace plan for Ukraine