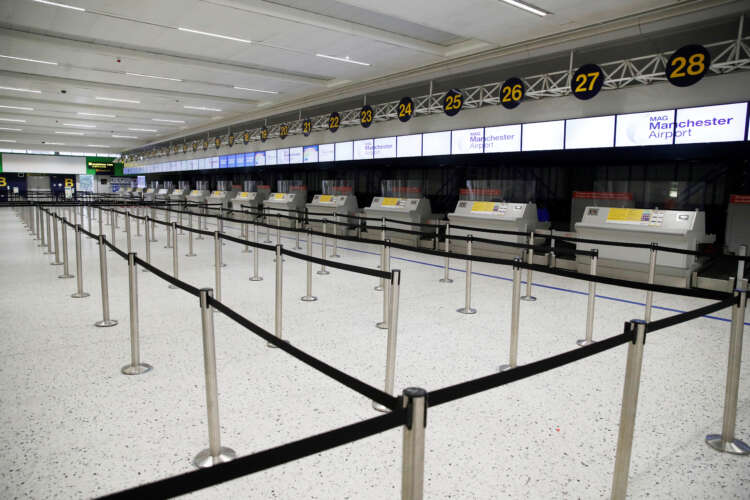 LONDON (Reuters) -Terminal Two at Britain’s Manchester Airport will reopen after Greater Manchester Police found no security threat following reports of a suspicious package, a spokesperson for the airport said on Tuesday.

“…Greater Manchester Police is satisfied that there is no security threat and has lifted the cordon that was in place,” the spokesperson said in a statement, adding that the terminal will reopen within the next hour.

The terminal was closed earlier on Tuesday evening after police began assessment of reports of a suspicious package.

In a previous statement, the airport said a “controlled evacuation” was taking place.

(Reporting by Costas Pitas and Nishit Jogi in Bengaluru; editing by Jonathan Oatis and Richard Pullin)