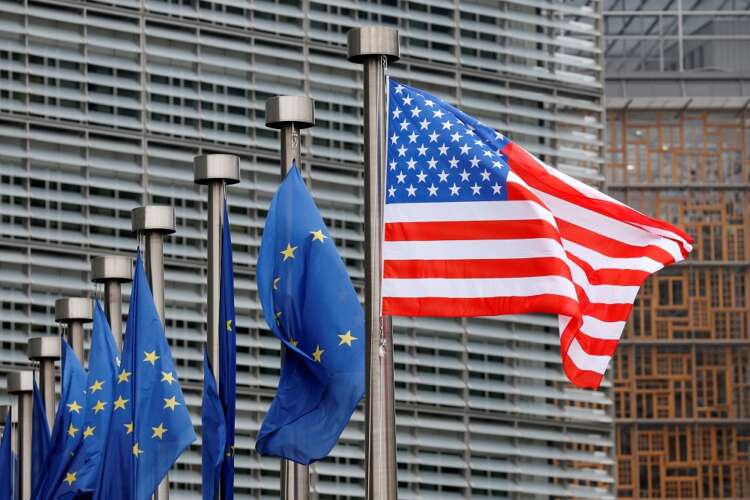 BRUSSELS (Reuters) – The United States and the European Union will seek to tackle EU concerns about a new U.S. green energy subsidy package in a constructive way, officials from both sides are due to say at a meeting next week, a draft joint statement shows.

The 27-country bloc fears that the U.S. $430 billion Inflation Reduction Act with its generous tax breaks may lure away EU businesses and disadvantage European companies from car manufacturers to makers of green technology.

The topic is one of several on the agenda of the EU-U.S. Trade and Technology Council meeting on Dec. 5.

“We acknowledge the EU’s concerns and underline our commitment to address them constructively,” a Dec. 1 draft joint statement intended to be issued after the meeting said.

The draft document, which was seen by Reuters and could still be revised, did not set out any specific measures.

With the United States and the EU both set to give huge state funding to chipmakers, the two will agree to set up a common tool for sharing information about public support, a move aimed at avoiding a subsidy race, the document said.

Both sides will exchange information and best practice on investment approaches and terms and conditions for public support.

The document pointed to the threat from non-market economic policies and practices, in particular those affecting medical devices companies, saying both sides would look into appropriate policy tools and coordinate action to diversify supply chains.

“To that end, we will continue building a shared understanding of China’s economic and industrial directives and other non-market policies and practices,” it said.

“We urge companies to prevent the misuse of their products and platforms, conduct due diligence, take effective action to address all forms of online violence and unlawful or arbitrary surveillance against human rights defenders…,” it said.

“We also support stronger accountability for technology platforms and recognize the role of government to enhance online safety, security and privacy.”

In an unexpected move, EU industry chief Thierry Breton will skip the meeting as the agenda allocated only two hours of ministerial meetings on issues concerning European businesses, his aide said. Breton will instead travel to the United States for bilateral visits in early 2023.