Traditional retail incumbents can bank on loyalty against challenger brands 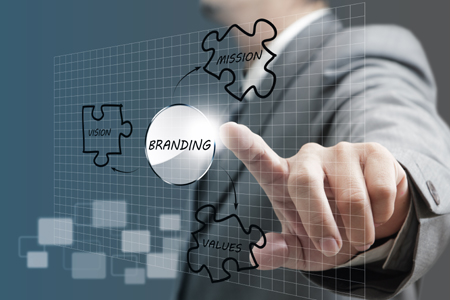 The recent McKinsey report into retail banking has certainly ruffled a few feathers. The consultancy claims that 60 percent of global bank profits, amounting to $1 trillion, are under threat in five key areas—consumer finance, mortgages, small-business lending, retail payments and wealth management. The FinTech revolution is well and truly underway, with challenger banks setting their sights on incumbents, and agile new start-ups creating single-service solutions that further chip away at banks’ traditional revenue streams.

For example, Atom gained a banking licence in July to operate in the UK and is working to build a bank that operates entirely on your smartphone. Just think, all those operating costs associated with branches – gone. Mondo is also attracting big investment to initially target current accounts and basic savings. Fidor, an online only bank already a success in Germany and Russia with over a hundred thousand customers arrived in the UK last month, focussing on those accustomed to doing everything on social media.

We see Transferwise going after foreign exchange fees, and retail behemoth Amazon making in-roads into small business lending. These single-service forays are especially hard to guard against, as challenger firms have the agility to focus intently on one aspect of capability. But traditional banks have something that all these new entrants will need to develop, and that is trust and loyalty.

Even with the financial crisis and resulting banking scandals like Libor, the majority of global customers remain with the bank they have been with for years and do entrust them with their money. Traditional banks are aware of their current standing with their customers, and are making moves to directly address negative perception around mis-selling and to actively seek ways to engage with their customers in a more relevant way.

That said, loyalty initiatives should still be moved higher up the boardroom agenda. Today’s consumer is more aware and willing to consider alternative options. Confronted with new consumer expectations, banks should place loyalty at the core of their banking strategy. And this should serve a greater purpose than customer acquisition. This should instead be part of a concerted effort to increase engagement and loyalty with existing customers across branch networks and digital channels.

Encouraging loyal behaviour from customers can have a real impact on a bank. We recently conducted research into the affluent middle class, a highly desirable segment made up of the top 10 to 15 percent of earners. We found that they expect greater recognition and rewards for their loyalty. Get this right and the results speak for themselves; 72 percent are more likely to purchase an additional banking product in the future, and 70 percent would recommend their bank to friends and family, if they feel sufficiently rewarded by their bank. We also found that if a customer purchases additional banking products, over half are less willing to switch providers.

These insights show the potential for monetising existing customer relationships, and driving future business. This could take the form of tailored packaged accounts, or offering additional value-added products and services from insurance and assistance, to airport lounge access or concierge with credit cards. Enhancing packaged accounts with more choice on selected benefits is cited by consumers as more appealing than standard products largely available today. In the main, banks have yet to capitalise on offering more tailored packaged accounts and value add benefits. We found that consumers in the UK are still more willing to purchase these benefits directly from providers, while those in the U.S. and Singapore instead look to their credit card companies.

As it stands, banks across the world are missing out on the opportunity to create powerful advocates and attract repeat business from loyal customers. Our research shows 83 percent of UK retail-banking customers do not feel as though their bank knows or understands them, and less than a third believes they receive a high level of personal service. This is something that could be exacerbated by the growing discontent about potentially mis-sold insurances or packaged accounts, another argument for banks needing to offer more transparent, personalised benefits.

The research indicates that consumers are more motivated by altruism and money-can’t-buy experiences, so offering a range of aspirational and lifestyle rewards has a far greater impact than pure discounts or cashback. Access to exclusive events, destinations, restaurants, hotels and services are increasingly important for affluent middle-class consumers. Banks that provide these value propositions will engage with their customers on an emotional level too, and achieve brand differentiation.

Strategies geared towards long-term customer goals, rather than short-term business ones, also have a greater impact on sustainable growth. For instance, a large proportion of affluent middle-class consumers are focused on saving for the future, and are unlikely to redeem points quickly, opting instead to save for the higher value rewards. This audience will be far more engaged if they feel banks are helping them achieve their longer-term goals—such as securing a mortgage, saving for their children or planning retirement.

Focusing on behaviour and attitudes, and offering more tailored, personal experiences and rewards, are key to winning customer hearts and wallets. And who knows, refocusing on loyalty might even hold off the challenger banks long enough for incumbents to deliver their own innovation.

THE REINVENTION OF THE RETAIL BANK