Hopes of slowdown in rate hikes bolster shares ahead of U.S. GDP

Public Power Corp, RWE to build five solar farms in Greece
Our website publishes news, press releases, opinion and advertorials on various financial organizations, products and services which are commissioned from various Companies, Organizations, PR agencies, Bloggers etc. These commissioned articles are commercial in nature. This is not to be considered as financial advice and should be considered only for information purposes. It does not reflect the views or opinion of our website and is not to be considered an endorsement or a recommendation. We cannot guarantee the accuracy or applicability of any information provided with respect to your individual or personal circumstances. Please seek Professional advice from a qualified professional before making any financial decisions. We link to various third-party websites, affiliate sales networks, and to our advertising partners websites. When you view or click on certain links available on our articles, our partners may compensate us for displaying the content to you or make a purchase or fill a form. This will not incur any additional charges to you. To make things simpler for you to identity or distinguish advertised or sponsored articles or links, you may consider all articles or links hosted on our site as a commercial article placement. We will not be responsible for any loss you may suffer as a result of any omission or inaccuracy on the website. 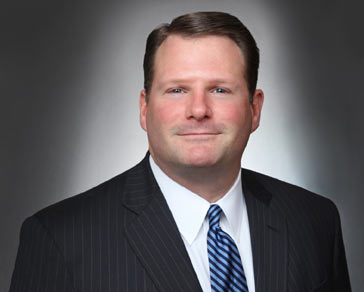 Morrison & Foerster announced today that Charles Duross will join the firm’s Litigation Department as a partner and will head its global anti-corruption practice, resident in the Washington, D.C. office, effective February 17, 2014.

As the head of DOJ’s FCPA Unit, Mr. Duross was in charge of all of DOJ’s FCPA investigations, prosecutions and resolutions in the United States from April 2010 through his departure from the DOJ on Friday, January 24, 2014. Internationally recognized for his leading role in developing and implementing the government’s FCPA enforcement strategy, he was a Deputy Chief of the Fraud Section in the Criminal Division of the U.S. Department of Justice for almost four years.

Once dubbed “Mr. FCPA” in the Washington Post, he is widely credited with developing the current enforcement regime, and recruiting and leading a talented team of prosecutors who have brought some of the most important FCPA cases in the statute’s 36-year history. Under his leadership, the FCPA Unit resolved more than 40 corporate cases, which include about two-thirds of the top 25 biggest corporate resolutions ever. Those matters resulted in approximately $1.9 billion in monetary penalties and the conviction of more than two dozen business executives and money launderers.

Mr. Duross’s tenure was also marked by his efforts to make FCPA enforcement more transparent and compliance with the statute more understandable to the business community. For example, working closely with his counterparts at the U.S. Securities and Exchange Commission, Mr. Duross was a principal author of the DOJ and SEC joint publication, “A Resource Guide to the U.S. Foreign Corrupt Practices Act,” which followed a series of consultations with business and compliance leaders. Mr. Duross also served as DOJ’s principal representative to the OECD’s Working Group on Bribery for many years and helped develop the OECD’s acclaimed “Good Practice Guidance on Internal Controls, Ethics and Compliance.”

“In the last two decades, there have been only three chiefs of DOJ’s FCPA program, and Chuck is one them – recognized globally as the leading foreign bribery prosecutor in the United States,” said Larren Nashelsky, chair of Morrison & Foerster. “His global role has included deep involvement with the OECD’s effort to globalize anti-corruption enforcement, including close cooperation with law enforcement across the country and around the world. Chuck’s intimate knowledge of the FCPA enforcement system he was instrumental in creating, along with his relationships with his fellow enforcement officials around the world, will be an invaluable asset to our clients. We are delighted he chose to join MoFo.”

Paul Friedman, co-chair of Morrison & Foerster’s FCPA & Anti-Corruption Practice, added, “Chuck brings an incredible array of talent and expertise to MoFo’s already robust practice in this area. Not only is he the government’s top FCPA authority and a gifted trial lawyer, he is an innovator in the field as the architect of the groundbreaking authoritative FCPA Resource Guide, which has proven invaluable to global companies and practitioners. We believe our global platform, particularly our strong presence in Asia, and our extensive roster of blue-chip technology, media, telecommunications and life sciences clients, are a great fit for Chuck. We are proud to welcome him to Morrison & Foerster.”

“Chuck is a highly accomplished trial lawyer whose expertise, energy, integrity and track record are well known and highly regarded across the Washington bar,” said Mr. Lui. “His fresh insight into the government enforcement mindset immediately enhances our already considerable capacity to assist global companies in managing their risk and exposure arising from the FCPA and other anti-corruption laws and regulations. This complements the many services we currently provide to clients facing cross-border regulatory compliance and enforcement issues, including antitrust, privacy and data security, financial services, government contracts, and energy. We look forward to welcoming him to the D.C. office and the firm.”

“I am excited by the opportunity to contribute to the continued success of a firm as dynamic as Morrison & Foerster,” said Mr. Duross. “I was attracted by MoFo’s incredibly talented attorneys, including its deep bench of FCPA, compliance and internal investigation experts, who boast well-deserved reputations for excellence, integrity and collegiality. I was also impressed by the firm’s representation of many of the world’s most successful and innovative technology companies and its unique position in Asia – where it has extensive roots and is widely recognized as the leading international firm in Japan. I am looking forward to working closely with my new colleagues to build on the firm’s success in helping clients navigate today’s challenging and complex anti-corruption landscape.”

Prior to being appointed Deputy Chief, Mr. Duross served as Assistant Chief of the FCPA Unit from October 2008 to April 2010 and as a line prosecutor with the Fraud Section from December 2006 to October 2008. Beyond FCPA enforcement, Mr. Duross supervised and tried all manner of white-collar cases, including health care fraud, mail and wire fraud, money laundering, public corruption, securities fraud and tax evasion. A veteran trial attorney, Mr. Duross is a recipient of the prestigious Attorney General’s Distinguished Service Award, the second highest award for employee performance, as one of the lead prosecutors that secured the conviction of Congressman William Jefferson following a nearly nine-week trial in 2009.