The UK as the world’s money-laundering playground – and how it can be cleaned up
Our website publishes news, press releases, opinion and advertorials on various financial organizations, products and services which are commissioned from various Companies, Organizations, PR agencies, Bloggers etc. These commissioned articles are commercial in nature. This is not to be considered as financial advice and should be considered only for information purposes. It does not reflect the views or opinion of our website and is not to be considered an endorsement or a recommendation. We cannot guarantee the accuracy or applicability of any information provided with respect to your individual or personal circumstances. Please seek Professional advice from a qualified professional before making any financial decisions. We link to various third-party websites, affiliate sales networks, and to our advertising partners websites. When you view or click on certain links available on our articles, our partners may compensate us for displaying the content to you or make a purchase or fill a form. This will not incur any additional charges to you. To make things simpler for you to identity or distinguish advertised or sponsored articles or links, you may consider all articles or links hosted on our site as a commercial article placement. We will not be responsible for any loss you may suffer as a result of any omission or inaccuracy on the website. 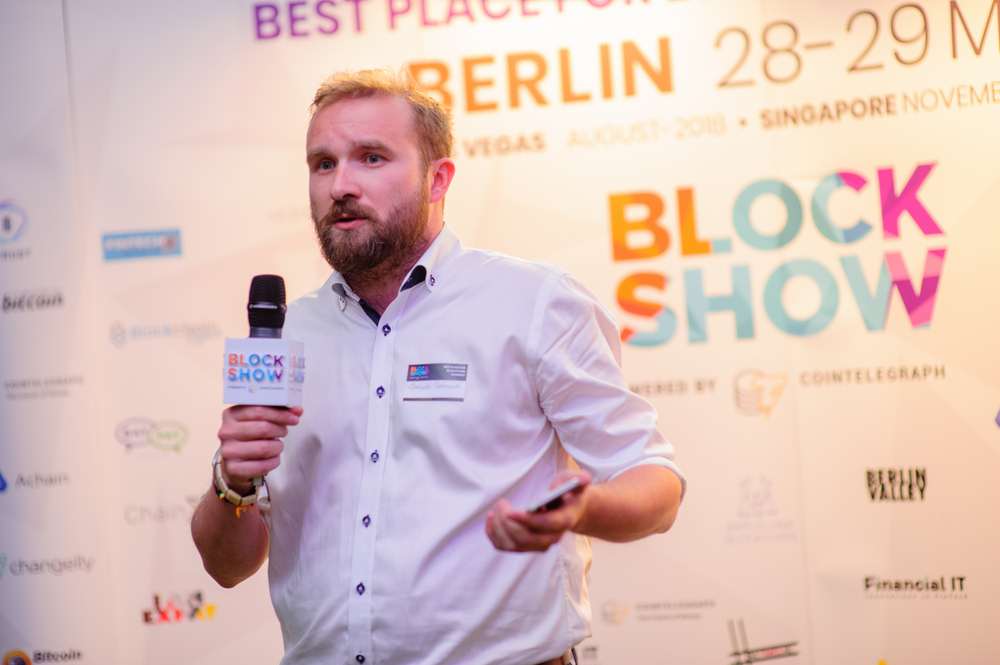 By Jacob Piotrowski, CEO and founder of Give Bytes (www.givebytes.com)

The power of blockchain (a digitised, decentralised, public ledger of all cryptocurrency transactions) is yet to be truly unlocked because at this moment in time, we are only scratching the very surface of something that will likely have a huge impact on the financial sector in the near future.

Even though the barriers of entry may still seem pretty high, due to the current lack of blockchain developers, once the technology is firmly in place the advantages of using blockchain technology will prove reliable, scalable, transparent and also secure.

Whether we are referring to using external tools based on a public blockchain or building a private blockchain, the technology itself offers a lot of distinct advantages within financial services.  With blockchain, many people can write entries into a record of information and a community of users can control how the record of information is amended and updated, so no one person controls the information.  Due to its decentralisation there is also no single point of failure.

Blockchain technology will allow anyone with a mobile smartphone to instantly transact with another person making or receiving payments, which are secure, fast and involve minimal fees. This will have a huge impact on the financial industry as we know it. Many believe that the role of traditional banks will change as a result of this, to become software houses building mobile wallets where users will store their cryptocurrencies. In corporate banking there will also be more and more automation with predefined smart contracts where human interactions and therefore human errors, will be minimised and replaced by Artificial Intelligence (AI).

Like it or not, blockchain technology will force financial organisations to diversify and look for new functions. Because blockchain is trust-free and not controlled by any authority, it is disrupting the way we as people, transact together.  That said, blockchain has been met with some scepticism to date, but many people do not really understand the concept of banking. Thanks to a system called ‘fractional reserve banking’, banks as we know them today, canlend money to people, which they don’t actually have. This system, protected by politicians and central banks allows printing an additional supply of money when it’s needed.

The irony is, in any other circumstance, this would be considered a non-democratic and criminal activity, which if any ordinary person attempted, they would go to prison. On top of that we have central banks, which manipulate interest rates, which further increases the gap between those who have money and those who live on credit.

With blockchain technology none of these manipulations is possible – it’s pure maths that nobody can tamper with and that’s one of the reasons for the scepticism around this technology.Smart contracts however, are becoming more and more popular within businesses. They allow a trust-less or trust-free transaction to be executed autonomously once a certain action happens. These mechanisms are already leveraged by machine learning and used for trading.

Embracing blockchain is important for the financial sector.  The solutions used by banks and finance institutions today (like relational databases) require the development of custom solutions and ensuring inter-operability of multiple databases in sync with each other, across different institutions.  This in truth, is inefficient and dangerous. A blockchain offers a network that replicates the entire ledger to all involved participants so there is no need to develop custom protocols or to synchronise and secure financial transactions, which can be easily encrypted on blockchain.

Because of its decentralised nature, blockchain guarantees trust, security, speed of transactions and scalability. Many would agree that this is the right way for people to be making transactions so the finance sector may find it needs to embrace and adapt to blockchain in the future or riskits survival in the future financial climate.

A mask of complexity

What we also have to understand is, there is no other system out there today that is taken for granted and misunderstood as much as the monetary system is.  Established monetary institutions exist as one of the most unquestioned forms of faith today.

Unfortunately, today’s economics are often viewed with confusion and boredom. Endless streams of financial jargon coupled with intimidating mathematics quickly deter people from attempts at understanding it. However, the fact is, the complexity associated with the current financial system is a mere mask, designed to conceal one of the most socially paralysing structures humanity has ever endured. Blockchain is here to change it.

Give Bytes is an innovative, crowdfunding platform that gives anyone with access to a computer, the opportunity to support a fundraising campaign of their choice, regardless of financial circumstances. Traditionally, people wishing to donate to a charity or fundraising campaign would make monetary payments based on what they could afford to contribute financially, which rules out those without the financial means to donate. Thanks to the power of Blockchain technology, Give Bytes allows people with compassion to donate the excess power produced by their computer to ‘mine’ cryptocurrency (a digital currency that can be converted into funds) at the click of a button. Essentially, people can exchange the processing power of their computer for a monetary reward.

Using Give Bytes couldn’t be simpler.  No installation is required, you simply visit the website, select the fundraising campaign you wish to donate to and you are one click away from making a difference and raising funds for your chosen cause.

Share on FacebookShare on TwitterShare on Linkedin
Related Topics:fundraising campaignmonetary payments
Up Next