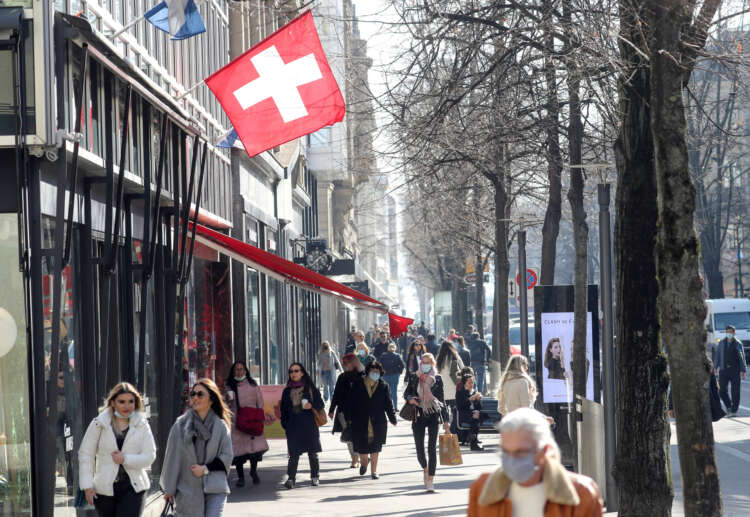 ZURICH (Reuters) – The Swiss economy grew a real 0.2% in the third quarter versus the second three months of 2022 and 0.5% year-on-year, official data showed on Tuesday, lagging market expectations.

That compared to downwardly revised quarterly growth of 0.1% in the second quarter, the State Secretariat for Economic Affairs (SECO) said.

Economists polled by Reuters had expected GDP to rise 0.3%quarter-on-quarter and 1.0% year on year. The economy had expanded 2.2% year-on-year in the second quarter.

The domestic economy fuelled growth in the quarter, with consumer spending up despite relatively high inflation. The accommodation and food services sector continued to recover from the pandemic-related slump.

Investment in equipment rose and the service sector delivered broad-based growth while some of the more cyclical industrial sectors were held back by the “challenging” international environment, SECO said.

The government has said it sees no immediate need for measures to help cushion the burden of surging energy prices, noting the economy was performing well, unemployment was low, and inflation was set to wane next year.

Swiss consumer price inflation rose a slower-than-expected 3.0% in October, the ninth month in a row that inflation has surpassed the Swiss National Bank’s 0-2% target range.

The government in September cut its economic growth forecasts, citing growing risks from a “tense energy situation and sharp price increases”. It now expects growth of 2.0% this year and 1.1% in 2023.