Spiralling costs could take Greek graviera cheese off the menu 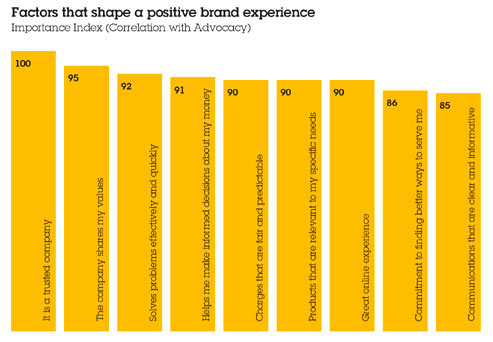 A study of the ‘brand performance’ of 23 UK banks, following the introduction of the Payments Council’s seven day current account switch guarantee, reveals that 20% of UK bank customers agree that they are “more likely to switch bank account now than ever before.”

The Benchmark Report, undertaken by Industry – the City-based strategic brand consultancy, looks at the performance of bank brands against a number of measures and provides a valuable insight into the consumer response to the highly publicised “switching” initiative. It also sheds light on a wide range of factors that make some bank brands more successful and attractive than others in the eyes of consumers.

The report, which is drawn from a survey of 2017 bank customers from around the UK, was undertaken between 1st and 18th October 2013 and includes the views of customers of the newly separated Lloyds and TSB banks. Comparisons are drawn between the responses of the banks’ customers in 2013 and baseline data from 2011.

Among the findings, the report also reveals the top performing bank brands in the eyes of their customers, what factors are likely to attract new customers and gives a clear indication of what it is that makes a great banking experience.

Sholto Lindsay-Smith, partner at Industry, says: “61% of consumers are actually happy with their bank, showing that the banks generally satisfy consumers’ needs. But the survey also shows that bank brands today are still largely undifferentiated. Most banks are seen as ‘friendly’ and ‘safe’.

“Whilst consumers are aware of the switching guarantee they do not see any clear or obvious choice of bank to switch too. They also still have underlying concerns about the amount of hassle and risk involved in switching. The strategic opportunity for banks is to develop a differentiated proposition, which is likely to be built around service and technology innovation.”

What makes some bank brands more successful than others?
The report’s Brand Advantage Ranking reveals consumers’ overall opinion of the 23 banks in the study. Nationwide has the strongest score with 44% of respondents rating it one of the best or better brands. The opinions of Halifax, NatWest, Barclays, HSBC, Santander and The Cooperative Bank have dropped since 2011. Barclays showed the biggest fall from 47% in 2011 to 37% in 2013, followed by The Cooperative Bank, which dropped from 36% to 27%.

The Industry Benchmark Report reveals that, in the eyes of the banks’ customers, Metro Bank, First Direct and Nationwide have the highest levels of recommendation by their own customers, all outperforming the traditional high street banks.

On the question of whether consumers are ready to switch bank, the report shows that:

The report concludes that consumers still see the traditional banks continuing to provide a key role in the future and, despite speculation about the break-up of the big banking groups, consumers appear to believe that the big banks are here to stay. When respondents were asked to speculate on which type of brands from other sectors they could imagine running the best bank in the future, HSBC, the only bank in this ranking exercise, came top followed by PayPal and Visa, and then Tesco, Amazon and Google.

“On the face of it, it would seem a short step for many of the internet retailers and service providers like Amazon, Apple iTunes, PayPal or Google, who have established credible payment systems, to become a bank. But for most consumers it appears that banking is something best done by banks,” adds Sholto Lindsay-Smith.
www.industrybranding.com

IT OUTSOURCING DRIVERS AND LOCATIONS