Sterling rises against weakening dollar, slightly up versus euro 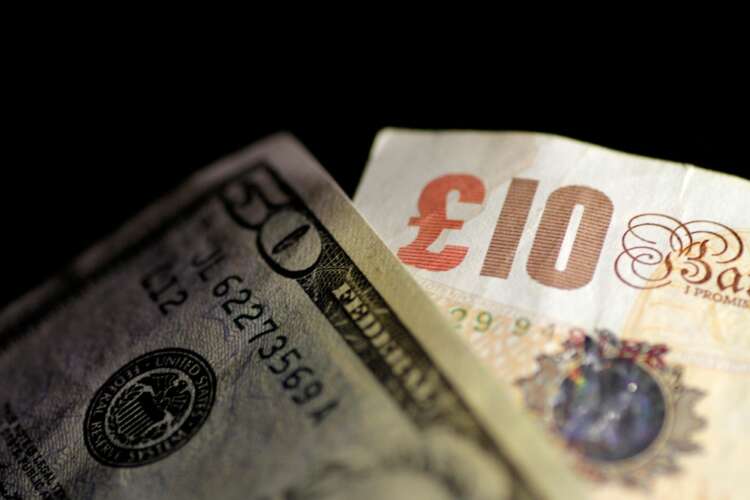 (Reuters) – Sterling rose against a weakening dollar and was slightly higher versus the euro as a relaxation of COVID rules in China sent investors bidding for risky currencies.

Chinese state media played down the severity of a surge of COVID-19 infections on Tuesday, triggering hopes that a post-pandemic recovery in China would support the global economy.

“Yesterday’s fall against the dollar was a bit excessive and not particularly justified, driven by speculative flows in thin trading,” said Matthew Ryan, head of market strategy at financial services firm Ebury.

“Today, the pound is getting back to more realistic levels.”

The dollar fell, and the euro steadied on Wednesday while riskier currencies bounced.

“We are bullish on the pound as markets are still preparing for the worst-case scenario of a deep recession in the UK, which we think is overly pessimistic,” Ebury’s Ryan argued.

“We are instead forecasting a shallow recession, partly due to the sharp drop in UK gas prices and the decent amount of fiscal support still in place,” he added.

However, ING analysts warned about a potential bearish mood on the pound versus the U.S. dollar.

“Federal Reserve (monetary policy) easing cycle priced from summer 2023 could be pared back a little,” they said in a research note.

“Sterling’s performance (versus the euro) this year will probably be driven by how soon the Bank of England (BoE) can stop tightening and how quickly expectations of an easing cycle can build,” according to ING analysts.

Investors see potential bullish signals for the single currency against the pound if the ECB should continue to raise rates while the BoE provides mixed communications.

ECB policymakers said recently that more rate hikes would come after the central bank raised it raised the rate it pays on bank deposits by 50 basis points to 2% in December.