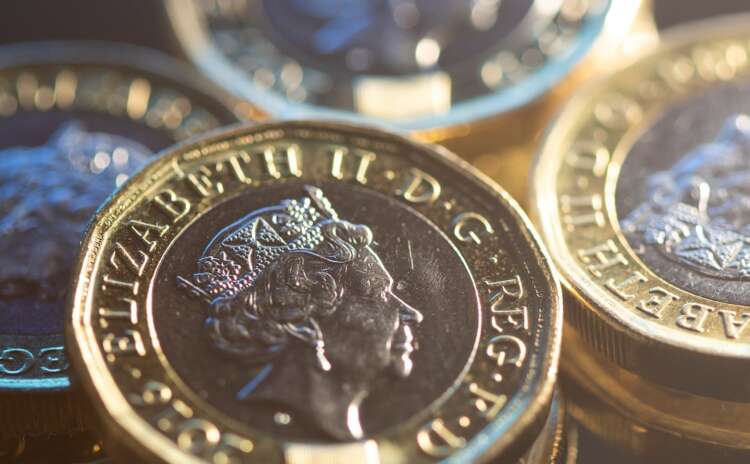 LONDON (Reuters) – The British pound was little changed against the dollar and euro on Monday as traders digested last week’s Bank of England (BoE) decision and turned their focus to growth figures due on Friday that should give clues on the state of the economy.

The data, expected to show a contraction during the quarter, will be released a week after the Bank of England (BoE) said it expects the United Kingdom to enter a recession in the fourth quarter this year and not emerge until 2024.

The central bank’s outlook was coupled with a half-point interest rate rise to 1.75%, a large increase by the BoE’s standards but lower than those of some other global central banks, including the Federal Reserve and Bank of Canada.

“Five quarters of recessions starting in Q4 sounds quite negative for the pound,” said ING global head of markets Chris Turner, although he said the forecasts are predicated on market expectations for rates and do not include any potential fiscal stimulus.

“People can, to some degree, have some doubts about whether things are going to be quite as negative as the Bank of England paints out from its report last week,” Turner added.

British Foreign Secretary Liz Truss, who is the front-runner to replace outgoing Prime Minister Boris Johnson next month, has criticised the BoE and said she will review its remit.

But ING’s Turner was sceptical that Truss would follow through and played down the near-term impact on the pound.

“I think investors are taking the remarks made in these hustings with a huge pinch of salt,” Turner said.

“It’s probably too early to think that the pound will suffer on the question of BoE independence,” Turner added.