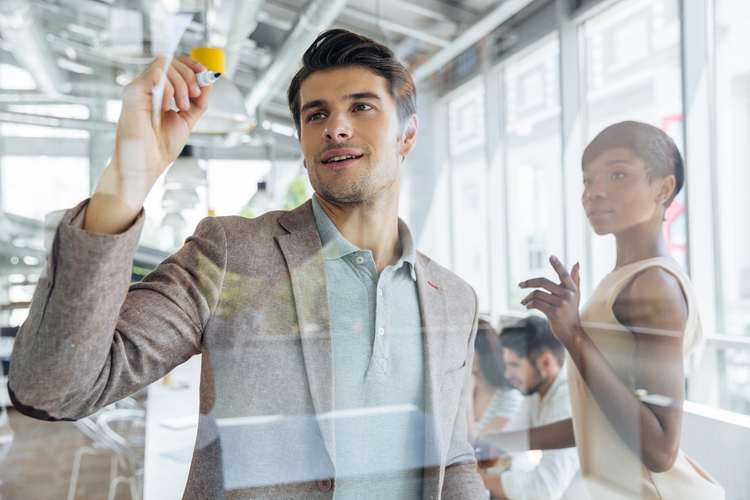 We have not made any changes in portfolios over the last two weeks, preferring to believe that good macro and micro data will be more than enough to offset the geopolitical worries that have recently emerged. The US administration is still expected to produce a tax reform package before year-end and this has also helped to underpin risk assets. Currencies continue to grab the headlines with the US dollar having dropped 13% against the euro since the start of the year. If these lower levels are maintained, US exporters could be in for an unexpected boost. Equity markets were again driven by the ebb and flow of geopolitical events over the last two weeks. In the last few days, tensions over North Korea have escalated further, as another ballistic missile, this time flying over the Japanese island of Hokkaido, has sent jitters through global markets. In response, safe haven investments have benefitted, with government bond yields falling during the month and gold hitting a nine-month high of $1,325. Gasoline futures also surged above $2 per gallon as the outlook for US supply was hit by tropical storm, Harvey.

In the third week of August, the VIX index (which reflects the expected volatility of US equities) rose by over 30% on two days in one week (only the third time this has happened), fanned by North Korean rhetoric. Spikes of this magnitude are rare, but they have occurred three times so far in 2017, perhaps reflecting the relatively low level of the index.  The index typically hits its lowest point each year around mid-July before starting to rise in August and we seem to be following the same pattern this year. Investing in volatility has grown in popularity with the volume of transactions in volatility index exchange traded funds climbing to 14% of the total volume on the New York Stock Exchange on 17th August (a record high).

In the US, Amazon completed its $13.7bn acquisition of food retail group Whole Foods Market, announcing a cut in prices on a range of popular goods by a third and sending the S&P 500 food index down 5%. Reuters described the cuts as ‘surgical’ rather than broad ranging saying that Amazon would have to cut overall prices by 10-15% to match the prices of the major chains.

The US faces two serious challenges when Congress returns from recess on 5th September. First, passing the budget to avoid a government shutdown, which Trump has said would need to include a commitment to paying for a Mexican border wall, and second, raising the debt ceiling above the current watermark of $19.8trn, absent of which, the US government will start having to cut expenditure later in September. Markets have remained calm amidst the debt ceiling concerns which suggests a level of confidence that the ceiling will be raised; passing the budget looks to be a trickier hurdle to overcome. Meanwhile, investors were disappointed to get little guidance on future monetary policy from the speeches by Janet Yellen and Mario Draghi at last week’s Jackson Hole Symposium.

The Philadelphia Federal Reserve business survey of planned capital expenditure over the next six months has increased significantly since last year. In July, the survey reached its highest level since 1984, which suggests that US economic growth should remain well supported by business investment in the coming months. The continuing fall in the unemployment rate is boosting US consumer confidence, with retail sales growing by 4.2% year-on-year. The US Manufacturing Purchasing Managers Index (PMI) of business confidence was lower than expected at 52.5 vs the expected 53.5 (although still above the expansionary 50 level) whilst the Services PMI increased to 56.9 vs the expected 55.0, the highest level since April 2015.

PMI manufacturing numbers in the Eurozone continue to show robust growth, with Germany surprising analysts by moving back up to 59.4 and the Eurozone Composite coming in at 55.7. This suggests that the current rate of economic growth should be sustainable into the latter half of this year. In the second quarter, Eurozone GDP increased by 2.2% year on year, the fastest pace since 2011. The persistence of healthy economic growth should allow European corporate profits to continue to grow, despite the appreciating euro.

In France, President Emmanuel Macron unveiled plans to overhaul the rigid labour laws in an attempt to become more business friendly and drive down unemployment, currently at 9.5%. The measures include a cap on pay-outs for dismissals, greater freedoms to ‘hire & fire’ and more flexibility to adapt pay and working hours to market conditions. This has been attempted by numerous French governments from the left and right, all of which have largely failed due to union opposition. There are already planned union protests in the coming weeks so it will be interesting to watch how this develops.

Concerns about the Russian banking sector have been increasing over the last few weeks fuelled by the Central Bank of Russia revoking licences of 36 banks and bailing out Otkrite bank, Russia’s largest private lender and seventh largest bank by assets.

MYFIRMSAPP TO TAKE ON IRISH MARKET WITH HELP FROM INDUSTRY ‘SAGE’