SOCIAL MEDIA COMPLIANCE IN THE CORPORATE ENVIRONMENT: IT’S NOT ALL SOCIAL 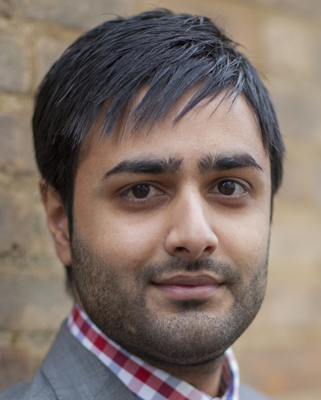 BancTec’s Manjot Dhendsa takes a critical look at the direction of social media in the corporate world.

Boardroom and business leaders relationship with social media regularly moves between love and loath. Social media is a strong asset in business when it goes right, but when social media campaigns, policies and the reactions to them go wrong, social media can have a highly damaging affect on the company in question. In the last year we have seen some organisations struggle and others thrive in the social media environment. Almost every large organisation now has a Twitter and Facebook account, whether they are a B2B or B2C organisation. Managing social media communications is becoming ever more important.

There is an ever evolving pattern amongst the public, especially amongst the younger generation to use social media as a means to complain about a poor service or praise a good one. It seems almost anyone associated with an organisation has the potential to be targeted on social media when complaints come in.  We saw earlier this year, when Lloyds, Bank of Scotland and TSB’s systems collapsed Paul Pester, TSB CEO, took to Twitter to personally and directly respond to customers, answering their questions and reassuring them throughout the difficulties. Customers have an expectation of direct communication with companies and their staff on social media. These expectations need to be managed and organised. 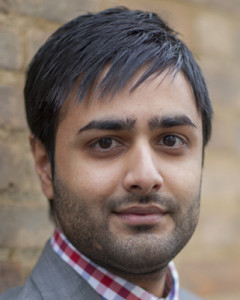 The fact Paul had to respond to customers personally, was a reflection of the bank’s failure to appropriately manage their social media communications and sufficiently invest for times like these. TSB, Lloyds and the Bank of Scotland were warned when in 2013, RBS and NatWest had a systems crash in the run up to Christmas. When NatWest’s systems went down at the beginning of December, social media made the crash newsworthy within an hour. Following initial issues people started tweeting and posting about the crash on Facebook, gaining momentum, airing on national news outlets before even the marketing department knew about it. If banks facing these issues tightened links to marketing departments and increased social media monitoring much of this could be avoided. Customers could receive responses to complaints and the bank could begin to get the message across that they were dealing with issues.

While almost two-thirds of large organisations have at least one full-time employee dedicated to using social media, only 10% are reporting benefits to the business resulting from the investments.  This is in part due to large enterprises seeing social media as being ‘owned by’ marketing, or sales departments, and failing to look at wider opportunities to benefit from social within their businesses. However, it is largely the organisations who have the most to win by incorporating social media into their wider business processes through the ability to build customer relationships and drive business decisions based on customer feedback. For example despite social media users basing many purchases on social media comments about goods or services, only 27% of R&D/product development and 37% of product management departments regularly view social media comments from consumers.

Being aware of social media is becoming increasingly relevant in the corporate world, and an awareness of social media communications can bring significant benefits to an organisation. Managing social media effectively is essential in today’s  business environment.

In the last few weeks, the social media news story most shared across social media channels was about the poorly chosen hashtag used by the New York Police Department (NYPD). In an attempt to better their reputation, the NYPD launched a Twitter campaign asking New Yorkers to tweet pictures of themselves posing proudly with police officers using the twitter hashtag, #myNYPD. The proponents of the hashtag however, failed to consider the potential negative uses for the hashtag. Instead of posting amicable pictures with NYPD officers, many New Yorkers chose to highlight the negative behaviour of officers. Twitter was inundated with images of officers asleep and wielding batons at seemingly innocent citizens. In this case, the NYPD social media team failed to fully calculate how a social media campaign could be negatively used against them.

According to the Social Media Marketers Report, 43% of people aged 20-29 spend more than 10 hours a week on social media, making it impossible to deny the importance of this essential tool. Social media is now very much an important corporate tool as well. People are always on the look out for something to post about, and social media can be very powerful in driving change. We just have to look at Starbucks, when it was revealed they were not paying enough tax in the UK, social media sentiment towards the brand spiked, and Starbucks chose to reconsider their decision.