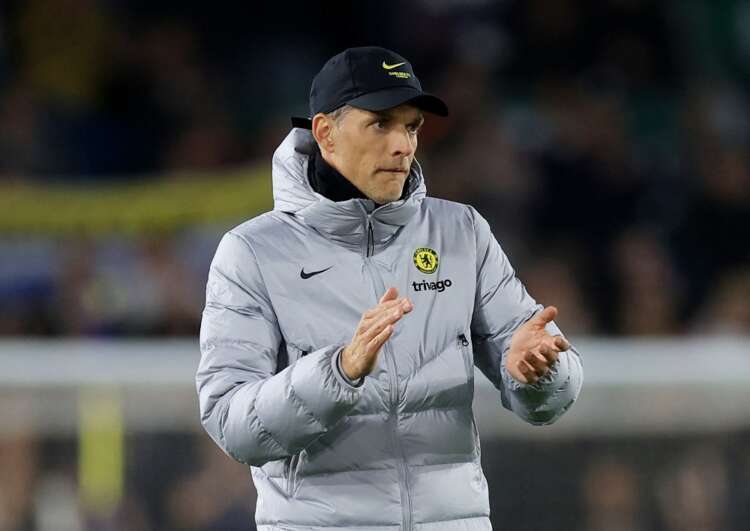 (Reuters) – Chelsea manager Thomas Tuchel believes that his side is unlikely to find much support among neutrals when they take on Liverpool in the FA Cup final on Saturday, but said that they do not mind being the “bad guys” as long as they lift the trophy.

Tuchel’s comments come days after Manchester City boss Pep Guardiola claimed that “everyone” in England supported Juergen Klopp’s Liverpool as the two teams battle it out for the Premier League title.

“He does it all the time. That’s part of it, where the sympathy comes.”

Chelsea, third in the league, will be out to avenge their League Cup final defeat by Liverpool earlier this season and also avoid losing three FA Cup finals in a row.

Liverpool, who trail leaders City by three points in the league with two games remaining, are chasing a quadruple of trophies after also reaching the Champions League final.

Tuchel said Chelsea had enough about them to deny Liverpool a first FA Cup title in 16 years.

“They allow chances. We proved it – we had big chances in the League Cup final … it’s very hard to exploit these spaces because you need perfect timing. But you can find solutions if you have a perfect day.”

(Reporting by Dhruv Munjal in Bengaluru; Editing by Himani Sarkar)