Sino-European Ties, Digital Economy on the Agenda at CEIBS Forum in Munich 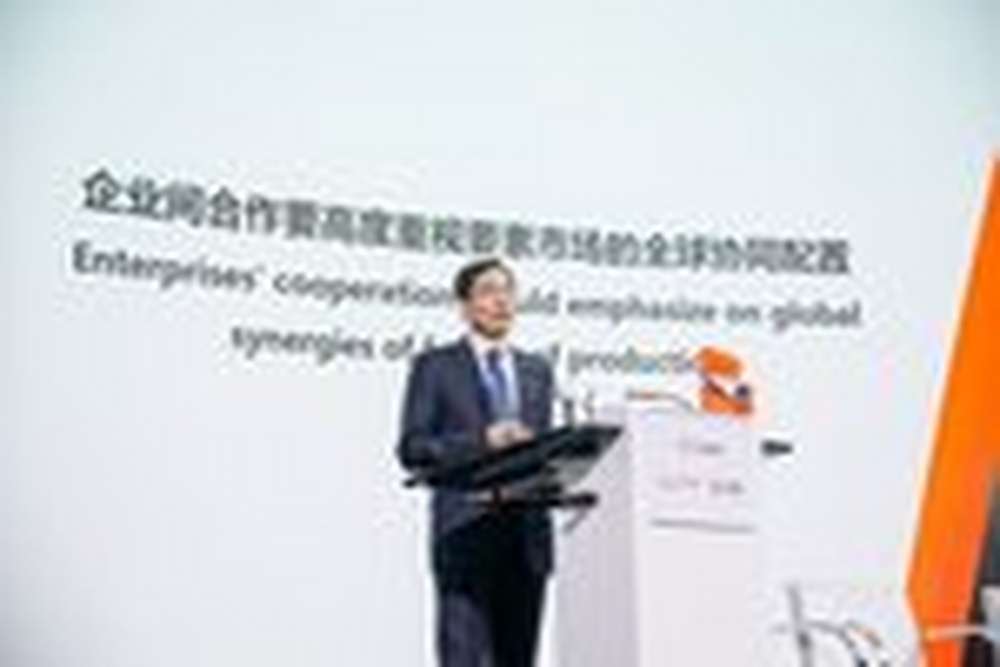 The benefits of a strong relationship between China and Europe, and the enterprises of both countries, was among the themes touched upon during today’s inaugural leg of the 4th Europe Forum series being hosted by China’s leading international business school, CEIBS, and its partners.

Speakers such as Board Member and CEO of Chinese international investment company CNIC Corporation Ltd. Mr. Yuxian ZHOU; and Professor Jianqing JIANG, Chairman of the SINO-CEE Fund that manages the financial operations of the China-led Belt & Road Initiative, weighed in on the opportunities available when both sides work together in today’s digital era and beyond.

In his keynote speech, CNIC’s Mr. Zhou pointed out that it is now an opportune time for European companies interested in doing business with China, where the government’s determination to opening up is at “unprecedented” levels. With the Chinese economy entering a new stage of high-quality development and the rapid growth of the country’s middle-income consumer group, there are increasing opportunities for European enterprises, he noted.

There were also opportunities, Mr. Zhou said, to achieve synergies at the global level, through a rational allocation of the factors of production and resources. He gave concrete examples of how the five-year-old company he leads had engaged in Sino-European cross-border cooperation, working with 42 Chinese and 18 European firms on a wide range of projects in areas such as high-end manufacturing, engineering construction, logistics and commerce, along with public services. “With the further expansion and implementation of its opening up policy, I believe China’s investment environment will be better and better, and will provide more and better development opportunities for foreign companies — including those from Europe,” said Mr. Zhou. He told the audience of about 300 Chinese and German business executives that — based on the existing data — at least 6,500 new jobs had been created as a result of the 18 European projects in which CNIC had played a role.

China Europe International Business School (CEIBS) partnered with CHKD (Chinese Chamber of Commerce in Germany) and CNIC Corporation to host today’s event, held at BMW Welt in Munich. Throughout the day, participants explored the topic of Enabling the Future: Ushering in a New Era for the Digital Economy in China and Germany. In the day’s first keynote speech, for example, Professor Jiang spoke of the role digital finance plays in fostering cross-border integration and innovation. The current head of the SINO-CEE Fund drew on the wealth of experience accumulated in his roles as former Chairman of one of the world’s largest banks (ICBC), along with his current roles as CEIBS Adjunct Professor and Director of the CEIBS Lujiazui Institute of International Finance. “Open cooperation is the only way to promote the development of the digital economy, and it is also one of the future development trends of digital finance,” he said. “It is necessary to strengthen linkages, promote an orderly flow of data resources and engage in sharing on a wider scale, wider scope, and a deeper level, so that the benefits of the digital era can be fully realised.”

He spoke of the need for digital economic trade rules, an opposition to attempts at trade protectionism, and the creation of a global digital market that is deeply integrated and provides benefit for all players. Prof. Jiang also spoke of the need for the vigorous implementation of bilateral and multilateral economic projects that would deepen cooperation in the digital space and informatization among countries. He warned, however, that there is a need to put stronger measures in place to prevent risk – which is always present in the financial sector – and ensure there is collaboration at the regulatory levels. “Digital finance has not changed the risks innate to the financial industry. Taking risks is the norm for the operation of excellent digital financial enterprises. Effective management of risks is the key to the long-term development of digital finance,” he stressed. “Financial clubs do not appreciate the 100-metre sprinters but instead respect the marathon champions. It is necessary to strengthen network security, data security and consumer protection, strengthen cross-border and cross-industry regulatory cooperation, make innovations to the regulatory model under the digital economy, enhance regulatory capabilities, and achieve a balance between risk prevention and control and innovation.”

Today’s forum also included two panel discussions that looked at, respectively, digital transformation in the Sino-German manufacturing industry and how businesses in both countries can leverage digital technology. The event is the first in a five-part series to mark the 15th anniversary of the China-EU Comprehensive Strategic Partnership and highlight CEIBS’ role as a platform to further enhance China-EU communication and cooperation, both in business and culture, along with providing a window into China’s reform and opening up in the education sector. The next forum will be in London on July 19.