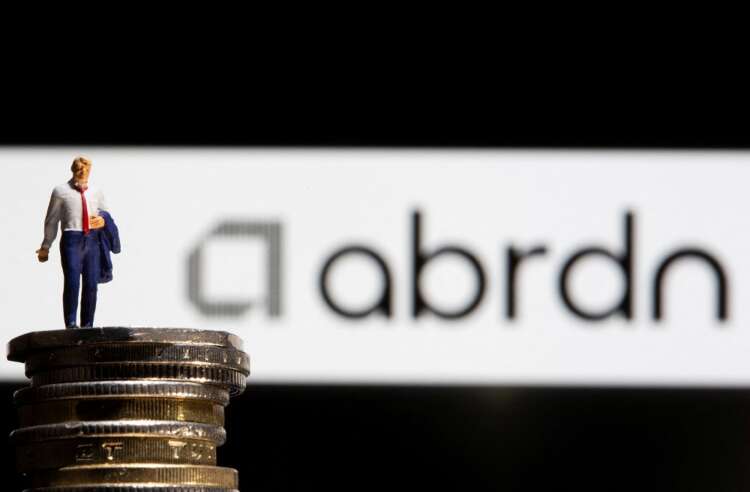 (Reuters) -British asset manager abrdn said on Tuesday it would take longer to grow its revenues and boost profitability after half-yearly profit missed expectations on turbulent markets and inflationary pressures, sending its stock at the bottom of FTSE 100.

Fund managers, which saw their assets under management reach record highs during the pandemic, are now witnessing an increase in outflows, as cautious investors shun riskier investments amid soaring inflation.

Market uncertainty “means our ambitions for revenue growth and improved cost/income ratio are likely to take longer than originally expected”, the group said in a statement.

The fund manager had forecast a cost-income ratio of 70% in 2023, which it said will now likely be delayed.

“The backdrop remains very uncertain. We are focusing on what we can control as we continue the execution of our strategy,” said Chief Executive Stephen Bird in a media call.

A company-compiled analyst poll had forecast AUMA at 522 billion pounds.

British insurer Legal & General on Tuesday reported a 3% drop to 1.29 trillion pounds in its assets under management from a year earlier.

The asset manager, which flagged higher costs in its investment unit due to rising inflationary pressures, said it now expects restructuring costs to reach about 150 million pounds by the end of 2024.

(Reporting by Sinchita Mitra in Bengaluru; Editing by Subhranshu Sahu and Jan Harvey)