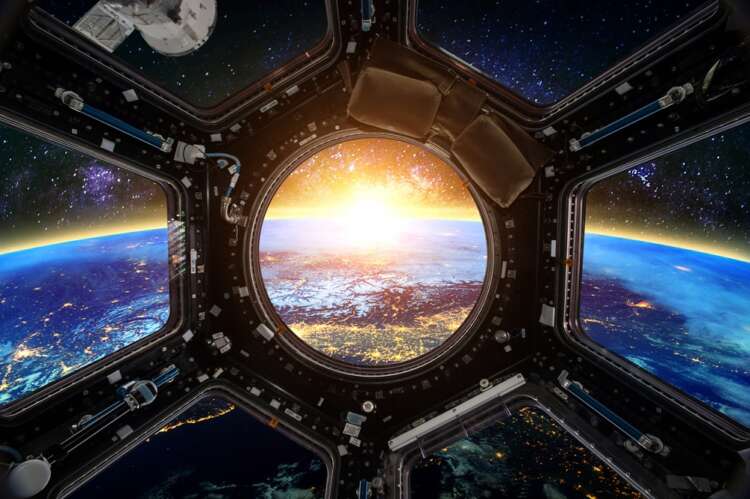 By Mark Boggett, the CEO of Seraphim Space

2021 saw many breakthroughs in Space, ranging from human space flights, deep space exploration to record levels of investment. “New Space” essentially came of age and became widely accepted as a new investment asset class in both the public and private markets. Looking ahead, we believe 2022 will see continued momentum in investment and public interest in the SpaceTech domain. Technologies such as cloud computing are transforming the industry by providing startups with infrastructure to scale quickly and focus on their differentiated value proposition. Integration of satellite communications, location and earth observation are enabling real-time connectivity of sensors to deliver valuable insights that are disrupting every industry, driving digitization and decarbonization of the global economy. As space becomes increasingly relevant in combating climate change on earth, commercial companies will ramp their activities in Space Situational Awareness (SSA), Space Traffic Management and debris removal to maintain a safe and sustainable space after the risk posed by the recent Russian’s missile test.

Here are our 2022 Space predictions:

1.Space momentum continues; Public interest remains high with mega-rocket launches. 2021 was another record year with $12.4 billion of private capital invested in the space ecosystem, a huge increase of more than 60% from last year. We expect this momentum to continue as space is at an inflection point. Significant new capabilities in satellite communications and Earth Observation are coming online that could disrupt traditional industries and create new ones. We believe public enthusiasm for Space will remain high with the launch of new mega-rockets in the coming year. This includes NASA’s giant moon rocket and SpaceX’s next-generation Starship, to return humans to the moon and some day to Mars. Countries including South Korea, Japan, India and UAE are planning to launch their first missions the Moon.

3.Pipeline for Space SPAC remains robust for communications and climate

Although going public via SPACs in 2022 will be more challenging for Space companies, we still expect this market to continue to develop with emerging category leaders that have demonstrated solid commercial traction and growth, especially communications and climate related companies.  Almost all of the nine space companies that went public traded down last year due high shareholder redemptions While the stronger ones are leveraging their position for M&A, we expect the weaker ones to become acquisition targets in the upcoming wave of consolidation.

4.Cloud transforming Space; Tech giants validating space with disruptive technologies. Cloud players will accelerate their reach in Space in the coming year. AWS (Amazon Web Services), the number one cloud player, established a dedicated space unit more than a year ago, and partnered with Seraphim Capital on a space accelerator. We see leading cloud players like AWS rapidly transforming the space industry by providing powerful, cost-effective and scalable solutions to accelerate space companies across the ecosystem. Graduates from the Seraphim AWS Space Accelerator such as Ursa Space, HawkEye 360 and LeoLabs have seen dramatic increases in efficiency, helping to rapidly scale their business and collaborate with partners. At the same time, Amazon is investing more than $10 billion to build a network of over 3,000 satellites to deliver broadband connectivity. It is planning to launch its first Project Kuiper satellites in late 2022. Another tech/cloud giant Microsoft Azure also launched a space business recently; they believe every one of their enterprise customers could benefit from Space and see space technology disrupting every industry of the economy.

5.Massive increase in satcom capacity will drive further consolidation. Global satcom capacity is expected to increase by more than five-fold to over 20 Tbps this year, according to Euroconsult, as long-planned High Throughput Satellite (HTS) from major satellite operators ViaSat, Eutelsat and Hughes, SES come on-line. At the same time, new LEO mega-constellations such as Starlink and OneWeb are gearing up for commercial services. While we see strong demand for broadband, mobility recovery and growing applications for autonomous vehicles and Machine-to-Machine/IoT (Internet of Things), operators still need to close their business case in a fragmented market with many technologies and spectrums. We expect to see further consolidation as operators try to scale and position themselves for growth.

6.Explosion of EO data. Leveraging of fusion of multi-data and multi-sensor to deliver insights. Like satcom, the Earth Observation (EO) industry is rapidly transforming with new technologies and will see a significant increase in capacity and modalities in the coming year. First, Maxar is launching its Legion constellation, which will deliver high resolution optical imagery with revisit rates up to 15 times per day, more than tripling its capacity. Planet Labs is planning to double its imaging capacity with the launch of 44 SuperDove satellites. We expect to see a significant increase in commercial SAR (Synthetic Aperture Radar) with more than half a dozen smallsat SAR companies expanding their constellations. Companies like Tomorrow.io, SatelliteVu and Pixxel are planning to launch their first EO satellites, making new modality of weather, infrared and hyperspectral data available to the commercial market for the first time, enabling new capabilities to deliver better customer solutions. We see this trend driving further horizontal and vertical consolidation, especially for well-funded optical EO players to acquire a complementary constellation like Synthetic Aperture Radar (SAR), to enhance its product offerings.

7.Need for global leadership becomes clear amidst congestion and rising tension between US and China. Debris from the recent Russian weapons test highlighted the growing risk of collisions in space as it becomes more congested. While global leadership and cooperation are urgently needed to promote norms and maintain a sustainable space ecosystem, the chances of cooperation between the US and China are likely slim due to ongoing national security concerns and rising geopolitical tensions and competition in space. Last year, China exceeded the US with 56 orbital launches and is jockeying for global leadership and partners to develop the Moon. In the coming year, a new United Nations resolution on “norms of behavior” represents an opportunity for leading space powers to come together and reach consensus to reduce risk in space. We expect to see more private sector companies such as LeoLabs, Astroscale and D-Orbit stepping in to fill in the gap and provide services include Space Situational Awareness (SSA) and space debris removal and in-orbit services.