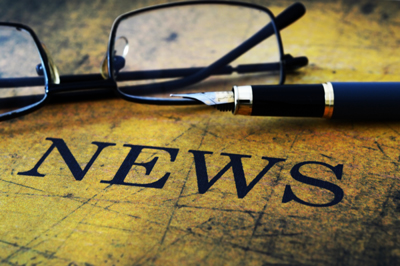 Transaction will create two focused public companies, one built upon TV, the other newspapers

The E.W. Scripps Company (NYSE: SSP) and Journal Communications (NYSE: JRN) have agreed to merge their broadcast operations and spin off and then merge their newspapers, creating two focused and separately traded public companies that offer long-term opportunities to create value for shareholders.

The merged broadcast and digital media company, based in Cincinnati, will retain The E.W. Scripps Company name, and the Scripps family shareholders will continue to have voting control. The company will have approximately 4,000 employees across its television, radio and digital media operations and is expected to have annual revenue of more than $800 million.

The newspaper company will be called Journal Media Group and will combine Scripps’ daily newspapers, community publications and related digital products in 13 markets with Journal Communications’ Milwaukee Journal Sentinel, Wisconsin community publications and affiliated digital products. The company, with expected annual revenue of more than $500 million and approximately 3,600 employees, will be headquartered in Milwaukee.

The Scripps and Journal Communications boards of directors have approved the stock-for-stock transactions, which are subject to customary regulatory and shareholder approvals.

“In one motion, we’re creating an industry-leading local television company and a financially flexible newspaper company with the capacity and vision to help lead the evolution of their respective industries,” said Rich Boehne, chairman, president and CEO of The E.W. Scripps Company, who will continue at the helm of Scripps. “Making the combinations even more appealing are the rich histories of these two organizations, both driven by a deep commitment to public service through enterprise journalism. For shareholders, this deal should unlock significant value as both companies gain efficiency, scale and more focus on the industry dynamics unique to these businesses.”

“This transaction will create two solid media businesses that will continue to serve their communities with a commitment to integrity and excellence that has been built over many years,” said Steven J. Smith, chairman and CEO of Journal Communications. “Journal’s radio and television stations will add depth and breadth to the Scripps TV group and additional expertise to its management team. The formation of the new Journal Media Group, headquartered in Milwaukee, will continue a tradition of exceptional print and digital journalism in 14 markets across the country. These companies will offer a combination of excellent local media assets and an incredible array of talent in our employees. We look to the future with great optimism and a continued sense of purpose in providing relevant, differentiated content to our local communities across the country.”

Scripps shareholders of record just prior to the closing will receive a $60 million special dividend.

The transaction is expected to be tax-free to shareholders of both companies.

The companies project about $35 million in combined transaction synergies in the near term.

The merger will create significant strategic and financial benefits for Scripps including:

The combination further leverages Scripps’ digital investments, adding large and attractive markets to the portfolio. The company is building and launching market-leading digital brands that serve growing digital media audiences in addition to supporting its on-air local news brands. It also recently acquired digital brands with national reach such as Newsy and DecodeDC that will benefit from the new geographic markets.

The Scripps National Spelling Bee will remain under the stewardship of The E.W. Scripps Company.

The spinoff will create significant strategic and financial benefits for the combined newspaper operations, including:

Tim Stautberg, senior vice president, newspapers for Scripps, will become president, CEO and a director of Journal Media Group upon completion of the transaction. Steve Smith will become non-executive chairman of the board.

DEBT ADVICE YOU CAN TRUST; IVAS GAIN IN POPULARITY