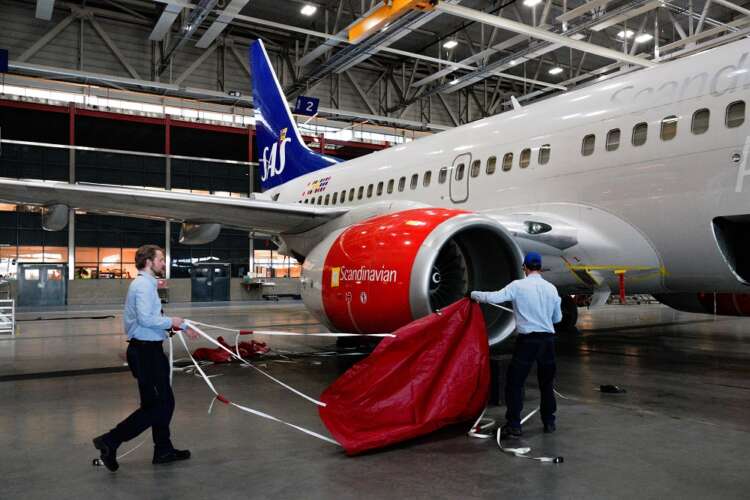 STOCKHOLM (Reuters) – Scandinavian airline SAS has suspended 1,700 flights in the coming months due partly to a two-week pilot strike in July over collective agreements and delayed aircraft deliveries.

SAS, whose biggest owners are Sweden and Denmark, grounded some 3,700 flights during the crippling strike which the airline said put the carrier’s future in doubt.

SAS said on Friday 1,700 flights, roughly 4% of the total number of flights, had been cancelled in September and October. Travellers had been informed and re-booked to other flights, it said.

“It is the effects from the strike but also delayed deliveries of aircraft and some other factors,” a SAS spokesperson said, adding that the company does not see lower demand.

The carrier, which even before the pandemic was losing money amid rising competition from low-cost carriers, filed for the protection in July, a day after the strike was launched.

The Swedish government has rejected a plea for more cash, while Denmark has said it might write off some debt and inject fresh funds if SAS found support also from new private-sector investors.