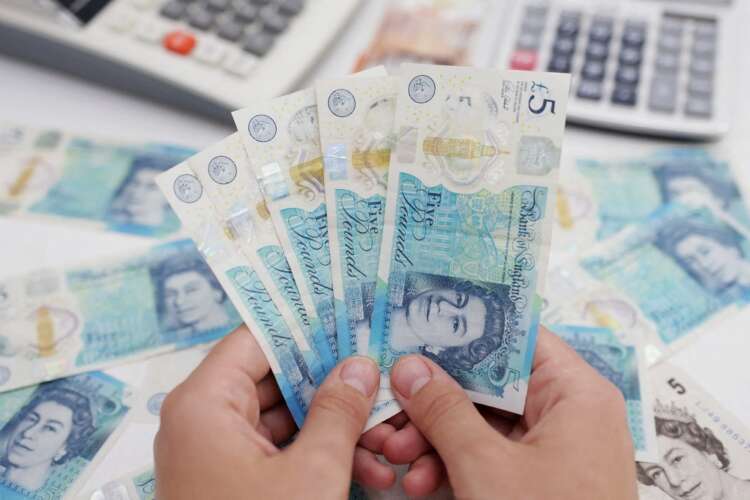 LONDON (Reuters) – Sterling fell on Friday against the dollar and Swiss franc as renewed fears of a global recession knocked the risk sensitive British currency.

“The pound is suffering on a fresh risk averse backdrop on day one of the second half of this year, not just against the U.S. dollar but largely across the board,” said Neil Jones, Head of FX Sales Financial Institutions at Mizuho Bank.

“Demand destruction is kicking into the UK economy, expectations for further rate hikes are cooling whilst the Northern Ireland protocol continues to weigh,” he said.

Higher prices forcing people to cut back on purchases, resulted in weaker-than-expected U.S. consumer spending data and stoked fears for a slowdown in the world largest economy.

Legislation allowing Britain to scrap some of the rules on post-Brexit trade with Northern Ireland is next due to be debated in the British parliament on July 13.

The legislation, which would unilaterally replace parts of the bilateral deal – known as the Northern Ireland protocol – would set up further clashes with the European Union and potentially harm sterling, analysts said.

In the meantime, traders have scaled back some of their Bank of England rate hike expectations for the year amid rising fears higher cost of borrowing will hurt further the UK economy.

The central bank began raising borrowing costs in December last year, increasing Bank Rate to 1.25% from a record low of 0.1% in an attempt to tackle inflation, which rose to a 40-year high of 9.1% in May. [IRPR]

Mizuho and ING analysts said, all things considered, they would not be surprised to see sterling dipping below $1.20. “It should be just a matter of time,” Jones said.