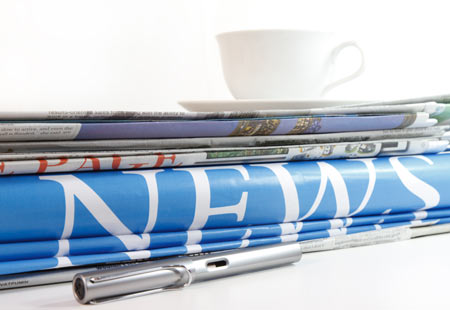 ‘Top performing’ UK businesses operate under threat of debts which makes them risky trading partners. Should the country slip back into a downturn, many would struggle to maintain payments, threatening supplier contracts and business stability according to research conducted by ReadSoft.

ReadSoft investigated the financial leverage of the UK’s 600 top performing small, medium and large companies by turnover. Using a ‘gearing’ ratio enables an understanding of the degree to which an organisation’s activities are funded by owner versus creditor funds.  A company should be considered more risky to deal with as the gearing ratio climbs. This is because the company must service debts first, to the detriment of suppliers and partners.

Small businesses appear to perform relatively well, but actually exhibit the widest fluctuations in gearing ratio (0.32 to 889.04). Medium businesses were less vulnerable on average, though gearing still ranged from 583.84 at worst to 2.56 at best. Large enterprises, despite very high turnovers were, on average, more vulnerable and slower to react to market fluctuation than their smaller equivalents.

Large scale wholesale enterprises were the most risky propositions based on gearing, followed by large insurers and travel companies. Smaller retail, insurance and finance companies also fared poorly in the research when compared to other market sectors. Manufacturing presented a relatively constant response across all scale of enterprise, with a higher risk factor as scales of operations increased.

Despite assessing ‘best of breed’ organisations, the range of gearing and lack of consistency across all three groups and variation within vertical markets suggest turnover alone cannot be taken as an indication of a healthy business.

Simon Shorthose, Managing Director, ReadSoft UK says: “The financial inefficiency we see in this research is a symptom of lack of insight into business processes. This leads to poor control, introduces risk, potential for fraud and breach of regulatory compliance. This might be expected of small companies and those struggling to keep heads above water in recent economic times, but to see this level of inefficiency so commonplace across well known businesses, both small and large, is real cause for concern.”

Financial risks can be addressed by improving the efficiency of business processes to address capital expenditure, improve cash flow and reduce creditor debt.  Automation of the Accounts Payable and Accounts Receivable functions can alleviate issues arising from costly, intensive, manual processes. Whether small, medium or large enterprise, ReadSoft helps companies to adopt ‘best of breed’ technology for finance process automation in a rapid, cost effective manner through application of a range of cloud-based, on-premise and large scale automation solutions.

COMPLIANCE IN EUROPE – A TIP FROM AMERICA

REGULATORS STILL STRUGGLING TO BALANCE PROTECTION WITH GROWTH, ACCORDING TO FINANCIAL SERVICE FIRMS