REGTECH: WHAT’S THE TECHNOLOGY BEHIND IT? 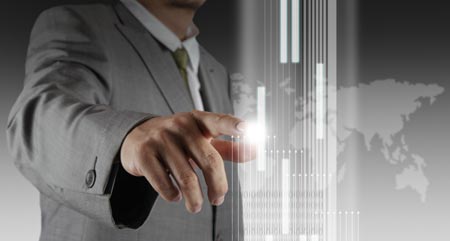 The world of technology is awash with trends, buzzwords that rise and fall in the blink of an eye. Regtech, a portmanteau of ‘regulation’ and ‘technology’, is currently one of tech’s hottest sectors, and has been heralded by some as the saviour of financial services.

The problem regtech solves is simple enough to understand: financial regulation is becoming increasingly complex and difficult to both comply with and enforce. This issue is compounded by the inherent unpredictability in financial regulation, subject as it is to the decisions of politicians guided by public opinion.

These problems create challenges for businesses not just around understanding and acting on new legislation in a timely manner, but even simply understanding the legislation and understanding and ‘translating’ it into their own internal processes. If financial services companies could find a way to solve these issues they stand to gain a great deal through minimising their risk exposure and maximising potential revenue opportunities.

Using technology to ease this burden is nothing new: technology has been used at various points in the regulatory enforcement process for decades. What is new is both the quantity of data being produced by financial firms, the amount of data required by regulators, and the analytical capabilities available for processing of this data to provide valuable and actionable insight. Together, these developments represent a significant opportunity for innovation in the financial regulation space, so much so that the Financial Conduct Authority (FCA) issued a call for input supporting the development and adoption of regtech in November 2015.

What can regtech actually do?

The FCA breaks down the potential solutions regtech offers into four areas:

What is clear here is that at the moment regtech holds a lot of promise for different people in different sectors. As a result, it’s important that those interested in regtech have a firm grasp of the different technologies at play.

The technologies behind regtech

One technology that has been enjoying its fair share of hype this year is the blockchain, which could hold huge promise for the future of regulation.

Large banking organisations are pouring money into blockchain research: at the start of the year 11 top investment banks used blockchain to do mock trades with each other, signalling a big step towards the technology being adopted into mainstream finance. And Accenture recently made headlines by announcing it was researching ways to make the blockchain editable, enabling the technology to comply with regulation and provide additional ‘safety’ features.

In addition to speeding up transactions, using distributed ledger technology could also help reduce compliance overhead. If transactions and other financial activity between institutions were recorded in such distributed ledgers, this would allow for the implementation of regulation in ‘fundamentally different ways’, as the FCA puts it.

Fraud investigation is a particularly challenging area of regulation technology. This is primarily due to the complexity of problems posed by even simple scenarios: activities such as insurance fraud involve multiple actors with complicated interrelationships and asymmetries of information: until very recently this kind of advanced modelling was beyond the pale for most computing systems.

It’s about the semantics

Technologies such as blockchain and advanced interrelationship modelling have a lot of potential to fundamentally change how the banking system is run, but such changes are decades away. Meanwhile, businesses today are still struggling with the same regulatory challenges. If we’re to look at practical regtech for the here and now, it’s worth paying attention to the detail. Fundamentally regulation technology brings together two worlds of information: publicly available laws and regulations; and internal policies, procedures and processes.

The challenge is ensuring that public laws and internal company policy are compatible, or ‘speaking the same language’ – this would allow for business leaders and public institutions can understand each other’s priorities effectively and efficiently.

For example, when something changes in the law or regulation financial institutions need to demonstrate that they are in compliance with all of the constraints. This often involves a lengthy process of translating bespoke internal processes into the language and structures of the regulation governing those processes.

New technologies, such as semantics and machine learning, enable computer systems to identify knowledge and concepts across both of these realms – public law and internal company policy – and relate them to each other.

A form of database technology called ‘graph databases’ is now at a level of maturity that they can be used in these scenarios. Rather than modelling data as a spreadsheet of rows and columns, graph databases model data as a ‘web’ of information, making it easier for a computer system to understand an environment rich in complex and overlapping ‘many-to-many’ relationships inherent in domains such as financial regulation.

Semantic technology and natural language processing can make these graph databases more potent. At a simple level, these technologies enable machines to have an understanding of the keywords and relationships within a body of text. Complex written content becomes indexable and mappable to computers, enabling them to take a more active role in managing information.

Giving computers the ability to recognise, tag and link content in this way allows the pieces of information specified in financial regulations and policies to be represented in a uniform, ‘cross-compatible’ way across all applications and data governance catalogues within financial institutions.

Semantic technology interlinks these two allows for easy comprehension of the impact of the change so that the appropriate people in business leadership and operations of the institution are informed.

What’s next for regtech?

The key to regtech’s success will be its flexibility, and how easily these new technologies can integrate with existing systems. Banks are notoriously slow to innovate their IT systems from the ground up, preferring instead bolt-on technologies. This risk-averse attitude is understandable, however the result is that many financial services companies can be reliant on antiquated technology dating back to the 1960s. Deloitte estimates that in 2014 European banks spent €55 billion on IT, but of that only €9 billion was spent on new systems.

The key takeaway here is that ‘regtech’ is not a single technology, or even set of technologies. As with many buzzwords, it’s an umbrella term for a whole host of technologies, some of which are more advanced than others. So when you next see people talking about ‘regtech’, look at the underlying technologies with a more critical eye.