REAL ESTATE IN THE CROSSHAIRS: CONGRESSIONAL CALLS TO STEP UP SCRUTINY OF FOREIGN INVESTMENT 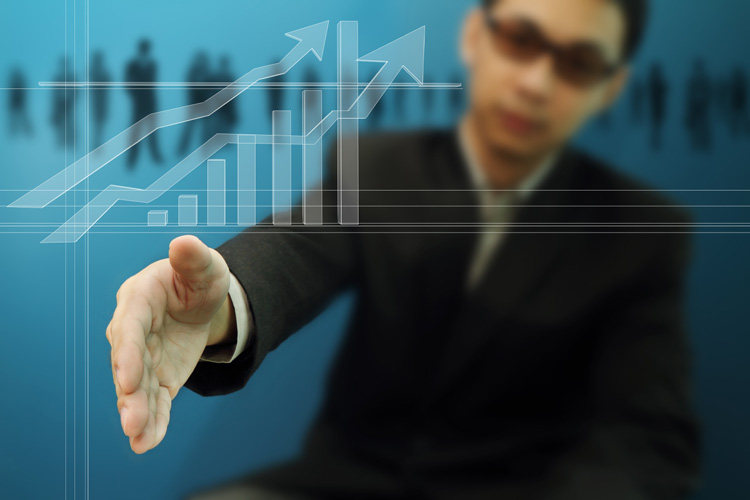 Foreign ownership of property has become a key touchstone in the debate over national security, especially as government agencies and contractors are regular tenants in buildings controlled by non-U.S. investors or owners. Thus, it’s not surprising that the Government Accountability Office recently undertook an independent review of leasing practices of the General Services Administration, to assess how the GSA mitigates risks when it leases space to high-security tenants in foreign-owned buildings where concerns of espionage or influence-peddling could be elevated.

A new bill is now before Congress proposing to change the process by which federal leasing agencies, including the GSA, gather information on the actual beneficial owners of foreign-owned real estate. Three U.S. Senators are attempting to examine the Committee on Foreign Investment in the United States review process and the types of real estate transactions that fall under the committee’s jurisdiction.

The GAO report highlighted the challenges facing the federal government. The report focused primarily on the risk of espionage, cyber-attack, and money laundering that could arise when high-security federal tenants lease space in buildings owned or controlled by foreign entities. After reviewing the GSA’s 1,406 high-security leases (facilities with security levels III, IV and V), the report found that 20 of the leases were in buildings with direct foreign ownership. The report also found that, in addition to not having complete information on the ownership structure of the buildings, the GSA had no information on beneficial ownership in one-third of the leases reviewed. The GAO noted that lacking knowledge of the identities of the beneficial owners, whether foreign or domestic, presented a potential risk that money laundering and other illegal activities could go undetected.

According to the report, these shortcomings stem from the fact that, under current law, the GSA is only required to determine whether a prospective lessor is a “responsible party,” a review that focuses mainly on the potential lessor’s financial ability to perform.  Although some requirements currently exist to deal with potential national security risks (such as restricting access to the leased space by owners and other parties and certain informational certifications by potential lessors), the GAO concluded that these provisions do not adequately address its concerns. In response to the GAO report, Representatives Stephen F. Lynch (D-MA) and Peter King (R-NY), the co-chairs of the Task Force on Anti-Terrorism & Proliferation Financing, introduced H.R. 2426, the “Secure Government Buildings from Espionage Act of 2017” to address the issues highlighted by the GAO report.

H.R. 2426 would require the GSA (and other non-military federal agencies with independent statutory leasing authority) – prior to awarding any leasing contract for a high-security government tenant – to identify each beneficial owner of a potential lessor and identify any beneficial owner who is a foreign person or entity. Further, the bill would require that such information be obtained when a proposal in response to a “solicitation for offers” is first submitted to the GSA, and that such information be updated within 60 days following any change in the information initially provided

Notably, the bill does not specify the size of the ownership interest that must be held by a beneficial owner before information must be divulged or how the information is to be analyzed for purposes of awarding leasing contract. On introducing the bill, Congressman Lynch cited six FBI offices and three Drug Enforcement Administration offices in buildings owned by foreign interests, and noted that his bill has the support of Global Witness, an advocate for greater transparency in financial transactions.

Apparently unrelated to the House Bill, on May16, Senators Ron Wyden(D-OR), Sherrod Brown (D-OH) and Claire McCaskill (D-MO) sent a request to the GAO to review how CFIUS analyzes real estate transactions. Currently, CFIUS has jurisdiction to review any “covered transaction,”i.e., any acquisition, merger or takeover that could result in foreign control of a “U.S. business.” CFIUS only has the ability to review a real estate transaction if a foreign person acquires control of a U.S. business. This could include the purchase of a company that operates real estate, or the purchase of assets that, taken together, constitute a “U.S. business,” as might be the case, for example, with a purchase that includes a building, contracts and personnel used to operate the building. National security issues are rife if the property includes sensitive government tenants or is located near a sensitive government facility.

With specific reference to Chinese investors with ownership structures and political ties that are “murky at best,” the Senators’ request asks, among other things, for the GAO to:

(i)assess whether CFIUS has adequate resources to review foreign real estate transactions, given the rise in foreign investment;

(ii)identify the information on beneficial ownership that CFIUS uses and the sources from which it receives such information; and

(iii)identify the types of real estate transactions that do not currently fall within the committee’s jurisdiction for review.

Given the tenor of the letter and its references to beneficial ownership issues, it is likely intended to establish a predicate for legislation to expand CFIUS’s review of real estate acquisitions to include, for example, simple asset buys. It is not clear at this writing whether the GAO will undertake the assignment. Importantly, the GAO is currently in the midst of a comprehensive review of CFIUS authority that was requested by several members of Congress in September 2016. A report is expected to issue later this year. This review could readily include the questions raised by the three Senators in their May 2017 letter.

Although H.R. 2426, if enacted, would only directly affect GSA leases that post-date enactment – perhaps increasing the length of the procurement process – such contingencies can be accounted for if taken into consideration early enough in the process. Practically, however, problems could arise in transactions involving multiple properties, even if only one is a building with a GSA lease, or in the merger context if the target entity owns GSA-leased property. If the proposed legislation were to become effective, both of these scenarios would require disclosure of all beneficial owners of the acquiring entity; the impact on a larger deal is unknowable at this time.

It is worth noting, of course, that the GSA needs no new legislation to request and obtain information on the beneficial ownership of bidders, especially for lease agreements involving sensitive tenants. Nevertheless, the legislative proposal and the GAO report could prompt such actions. Complications could also arise however, in the acquisition of properties that have existing GSA tenants. Potential purchasers of properties with current GSA leases should be aware that the GSA Global Lease Form L100, while requiring the lessor to notify the GSA within five days after title to the property changes, also grants the GSA the right not to recognize a potential transferee entity under a GSA lease on the grounds that the transferee “will not be in the Government’s interest.” In that event, the original lessor will remain liable for all obligations under the lease. Although we have not seen this in practice, with the increased scrutiny concerning foreign beneficial ownership in government leased buildings, it is possible that potential acquirers might not be recognized as transferees, creating immense issues in real estate transactions large and small. Again, this potential roadblock can be accounted for if taken into consideration early in a transaction and properly addressed in the deal documents.

Taken together, changes in the current GSA procurement and the CFIUS review processes for real estate transactions involving foreign entities could increase the costs and uncertainties associated with deals. For this reason, it is important to take the CFIUS process into account in any transaction that could result in foreign control of a U.S. business that involves real estate, large or small. Although most transactions that go through CFIUS review are approved, successful reviews require careful planning, especially when the target firm is the landlord to sensitive government tenants, or where real property is located in close proximity to sensitive government installations, such as forts or training facilities. Similarly, real estate firms with significant foreign ownership need to be aware that their foreign ownership could become a factor in proposals for U.S. government leases involving sensitive government tenants. Access restrictions could be the price of doing business.

Stroock Co-Managing Partner Jeff Keitelmanhas been lead lawyer on some of the country’s highest-profile commercial real estate transactions. He is Co-Managing Partner of the Washington, DC office and Co-Chair of the national Real Estate Practice Group.

Stroock partner Chris Grineris the Chair of the firm’s National Security/CFIUS/Compliance practice group.  Mr. Griner previously served as an attorney advisor in the Office of the General Counsel of the Department of Defense and is a Lieutenant Colonel, USAF, Retired. He is Co-Managing Partner of Stroock’s Washington, DC office.