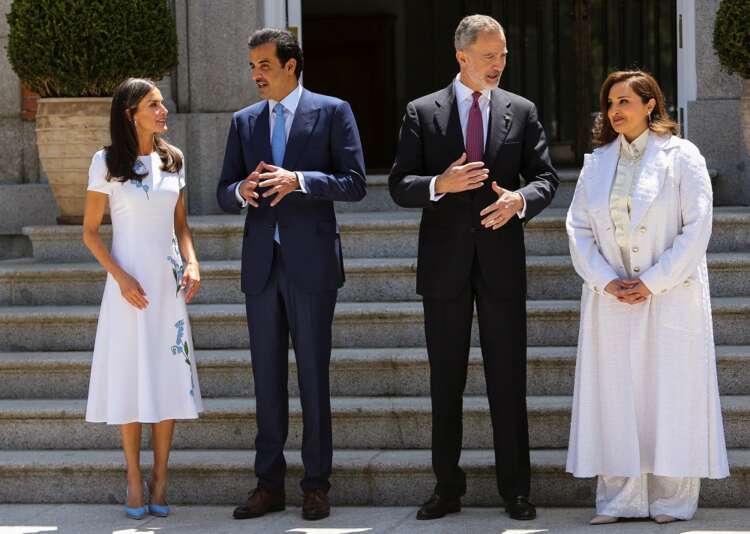 “This is without a doubt a show of confidence not only toward the Spanish economy, but also toward Spanish companies,” Sanchez added in a speech.

Qatar’s ruler, who is visiting Spain this week, is expected to sign a bilateral agreement with Spain to invest in projects funded by the European Union COVID recovery funds, the first such agreement between a member state and a non-EU country.

The investments, mainly in technology and environmental projects, are due to be implemented within two to three years, according to government sources.

Spain, the main recipient of EU funds – a total 140 billion euros ($147.53 billion), is scrambling to get support from private and foreign investors to speed up its recovery from the record 11% contraction it suffered in 2020 as a result of the pandemic.

As part of efforts to uplift its economy, the country wants to use its spare Liquefied Natural Gas (LNG) terminals and storage capacity to serve as an energy hub for EU nations seeking to reduce their dependence on Russia.

However, it still lacks the infrastructure to re-export gas to the north to live up to those ambitions.

The energy hub project would require more imports from major LNG producers such as Qatar, which exports 77 million tonnes of LNG per year but aims to reach 126 million tonnes by 2027.

Qatar had a stock of direct investment in Spain worth 2.7 billion euros as of December 2019, Sanchez said. The Gulf state’s sovereign funds has invested in iconic Spanish companies such as Iberdrola, Santander and Prisa, he said.