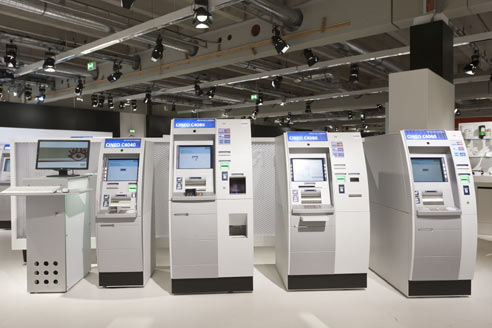 There is no doubt that this is a challenging time for retail banks. Adding to the stress of economic uncertainty is the fact that financial organisations also face the threat of cybercrime. Security is not a new topic in banking and was one of the primary reasons for moving to a chip and PIN method of payments in 2004.

However, fraud losses of £169.8m between January and June 2011 tell us crime is still a problem. Relying on PIN technology to protect customers is not enough. As channels such as internet and mobile banking become more common, cybercrime is sure to stay at the top of the industry agenda. No security is completely watertight and criminals will likely find a way around it. Therefore, banks should be looking to shore up defences.

Additionally, as banks are held accountable for financial losses through fraud, improving protection against it will also increase margins. Of course, the retail banking market is also highly competitive and organisations are looking for a way to differentiate against the competition. Being the most security-savvy institution could be what sets them apart and wins them a new customer, or of course retains an existing one. As such, a number of new security technologies are being looked at – with biometric technology being high on that list. 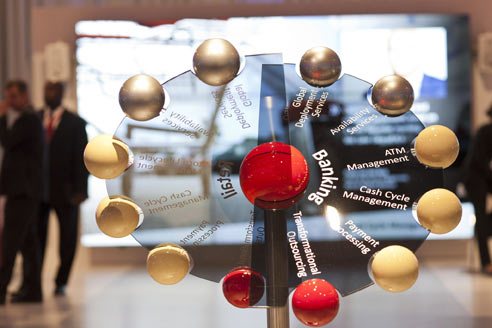 When looking at the various areas and technologies banks need to protect, the ATM is arguably the most important. It is by and large the most customer-facing technology offered by banks. As such, ATM security is of vital importance to ensure customers are safe and the bank’s reputation remains intact.

Although PIN technology is the standard on ATMs, it is not infallible as a security measure. If a criminal sees the number entered and steals the card, they have access to that customer’s funds. It is therefore vital that the banking industry continues to look at alternative options to reduce this security risk. Biometric technology is one technology that has been touted as a potential ‘next step’.

Biometric devices allow organisations to identify individuals by features or traits – such as fingerprints, iris recognition or voice identification. Because it is based on that person’s own characteristics, it is more difficult for criminals to find a way around. It could completely revolutionise the ATM market and, more widely, operations within that banking industry itself which would see a reduction in proof of identity paperwork. However, before we start to take advantage of the technology, all organisations much first evaluate how viable widespread roll-out of biometric technology really is.

The biggest hunger for biometrics is within regional markets such as Latin America, India and South Africa. These markets are newer and therefore do not have the legacy technology seen in the UK. This is a significant benefit when looking at adopting innovative technology like biometrics.

For example, India is currently rolling out an ID project, the AADHAA scheme, which relies solely on biometric technology to achieve success. AADHAA provides a unique ID number to all Indians and will eventually become the single source of identity verification. Residents will be spared the hassle of repeatedly providing supporting identity documents each time they wish to access services such as obtaining a bank account, passport, driving license and so on. It is needless to say a huge project – and it is being secured solely by biometric authentication.
These kinds of projects are built around biometric so it’s clear the global retail banking sector has confidence in the technology. The next step is to widen biometric’s influence to include the leading banking regions such as the UK.

An Olympic feat – making biometrics work for the UK

2012 will be a busy year for the UK, especially during the Summer Olympics, where over 1 million visitors are expected to descend upon London alone. With that influx comes more customers for banks as visitors look to withdraw money, make transfers and generally use the services on offer. The logistics of dealing with this increased number of customers will undoubtedly prove a challenge. For example, ID may be required for using certain cards or completing certain transactions – common practice in countries such as Spain. Quite simply, in such cases, biometrics would save a lot of time and would be a far safer method of identification when using UK bank services than carrying around valuable documents.

Indeed, the Olympics itself is making use of the technology by employing a biometric authentication system to identify athletes and officials at the Games. This is a crucial issue and the role of biometrics is to prove a big one in guaranteeing the security at the 2012 tournament. If this is a success, and the examples of successful financial institution adoptions continue, it won’t be long before a major UK bank looks more seriously at biometrics. In an age where retail banks are constantly battling for customers in a highly competitive market, the promised benefits of improved security, increased efficiency and positive press will eventually prove too good to resist.

QoE certification for banking services? Not such a bad idea after all…