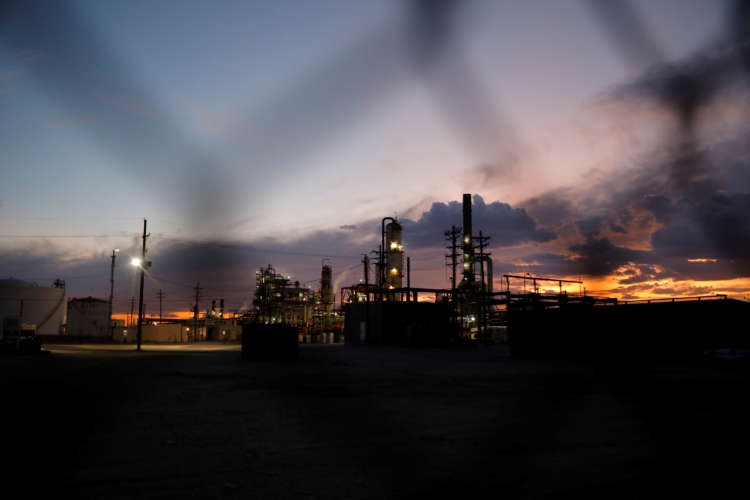 Several European countries have paused the use of AstraZeneca’s COVID-19 vaccine due to worries over possible side effects. Germany is seeing rising coronavirus cases, while Italy is imposing a nationwide Easter lockdown.

“The suspension will not do the bloc’s economic and fuel recovery any favours,” said Stephen Brennock of oil broker PVM. “The hope now is that Europe can get its sluggish vaccine rollout back on track.”

Oil also fell after the release of the latest reports from the International Energy Agency, which said a supercycle was unlikely, demand won’t return to pre-pandemic levels until 2023 and could peak earlier than previously thought.

“IEA’s report has triggered an action among oil traders,” said Naeem Aslam of Avatrade. “We have seen some selling.”

Still, oil has recovered from historic lows reached last year as demand collapsed, partly due to record oil output cuts by OPEC and its allies. Brent reached $71.38 on March 8, its highest since Jan. 8, 2020.

Traders will be looking to the official U.S. Energy Information Administration report at 1430 GMT for confirmation of the API figures.

Investors are also looking to the results of the U.S. central bank’s Federal Open Market Committee meeting. No policy shift is expected.

A rising dollar ahead of the Fed’s announcement was also a headwind for oil, as a stronger dollar makes crude more expensive for other currency holders. [USD/]

(Additional reporting by Roslan Khasawneh in Singapore and Sonali Paul in Melbourne; Editing by Jacqueline Wong and Edmund Blair)

Open Banking – Progress in Past and Future

Caution prevails in world markets ahead of Fed