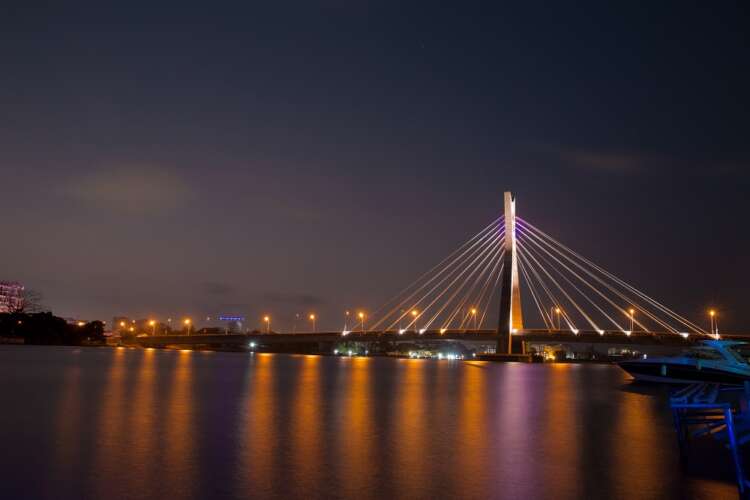 Nigeria, Africa’s largest economy, has long looked beyond the continent for trade partners. Indeed, trade flows between African nations have historically been low across the board, accounting for less than 17% of overall trade volumes – a figure dwarfed by the proportion of intra-continental trade found in Europe or Asia. In 2020, just 19% of Nigeria’s exports went to other African markets, while 8% of imports came from the continent.

But the country is now placing a renewed focus on deepening links with its neighbours. Greater regional trade integration within Africa has been an important policy priority for years. Intra-African trade is regarded as a powerful stimulant of economic growth, with the added benefit of bolstering African economic resilience by reducing exposure to global price fluctuations. For Nigeria, an increase in trade with African partners would represent an opportunity for local industries to achieve scale, and for the economy to reduce reliance on the currently dominant oil sector.

A catalyst for growth

Former Nigerian President Olusegun Obasanjo, who chairs an advisory council on intra-African trade, declared at the recent Intra African Trade Fair that AfCFTA could increase total intra-continental trade flows by over 65%. And the benefits go beyond Africa’s borders – enhanced integration would also help international businesses looking to invest in Africa, providing a harmonised regulatory framework and reduced barriers to expand into different countries. This is increasingly relevant in the context of supply chain-volatility, which has prompted some corporates to consider relocating manufacturing capabilities from further afield.

Proponents of African trade integration have so far focused on the establishment of a network of overlapping Regional Economic Communities (RECs), which serve as stepping stones to the more ambitious goal. The Economic Community of West African States (ECOWAS), within which Nigeria falls, is one such REC. A longstanding champion of regional integration, ECOWAS has previously grabbed headlines with ambitious plans to create a common currency for its 15 members. Nigeria accounts for half of the region’s population and 70% of its GDP, making the country’s participation central to any meaningful progress towards further integration.

While its economic heft leaves Nigeria well-positioned to lead the way with respect to AfCFTA, the country faces a number of significant obstacles. While it has registered strong economic growth in recent years, relatively high unemployment and poverty rates have been exacerbated by the COVID-19 pandemic, while inequality continues to pose social issues.

In recent years, doubts have been raised over the dedication of Nigerian policymakers to free trade after bans were imposed on fish and rice, both major imports. The restrictions were largely perceived to be ineffective, and the country’s large informal sector was capable of importing these goods in an irregular manner – borders were subsequently reopened in 2020.

The foremost issue impeding Nigeria’s progress is, however, the poor state of its infrastructure. At its essence, physical infrastructure ties the continent together – roads, railways and bridges facilitate the movement of goods and people. Nigeria reflects an archetype seen across several African markets in that, for historical reasons, its infrastructure promotes trade with Europe, Asia and the Middle East rather than with closer geographical neighbours.

Existing infrastructure is poorly maintained and unfinished ventures, such as the ambitious Eko Atlantic real estate project – once dubbed the ‘Dubai of Africa’ – are common. Even Lagos, a large city and major regional hub, is surrounded by poor infrastructure that impedes the transportation of goods. Products imported into Nigeria from its African neighbours are also often regarded with distrust, as manufactured goods from further afield are considered to be of higher quality.

And a lack of investment in physical infrastructure has wider implications. Nigeria is home to some of the world’s largest oil reserves, yet refineries are often poorly maintained. Therefore, Africa’s biggest crude oil exporter is generally unable to reach optimum refining levels. The importance of the oil sector to the Nigerian economy cannot be overstated, and if the country is to sustain its ambitions for economic growth it will need to improve its existing refineries while also expanding its downstream capabilities.

Strong progress is being made

But concrete efforts are already underway to address many of these challenges. The Dangote Oil Refinery, a project with planned estimated capacity of 650,000 barrels per day, is a promising infrastructure project with the potential to improve Nigeria’s homegrown refining capabilities. When completed, the Dangote refinery would become Africa’s largest oil refinery and the world’s biggest single-train facility.

Signs of improvement can also be seen in the country’s transportation network. The Lagos Rail Mass Transit System, a US$1.2 billion rail project, plans to connect over 17 million people over multiple major cities. The project has even been domestically funded in its entirety. Such landmark infrastructural investments will be key to realising the immense latent potential for development across the African continent.

Intra-African trade can also serve as a catalyst for change in Nigeria by enabling the country to diversify into other economic sectors, reducing its reliance on crude oil. As Nigerian governments have consistently prioritised the lucrative oil industry, the country’s manufacturing and agricultural sectors have received less investment and are now consequently underdeveloped. Eliminating tariffs across Africa could help these sectors to thrive by scaling up their operations and building the necessary resilience to succeed without state support.

Indeed, the country used to be one of the region’s largest exporters of cocoa before focusing on hydrocarbons, and access to neighbouring markets could help this sector to flourish. Businesses in the telecoms, manufacturing and wholesale retail sectors would also have opportunities to expand as Nigeria broadens its commercial horizons. Nigerian banks, for instance, have already made notable inroads into the wider African market.

The agricultural sector is another potential area for growth, as the AfCFTA aims to limit expenditure on food imports from outside the continent by increasing trade in agricultural products by up to 30%. Nigeria is home to highly arable land and nutrient-rich soils which, with the necessary attention and investment, could provide for more of the continent’s food needs. Further regional integration would boost farmer income, increasing their capacity to invest in modernising their operations.

Nigeria’s young population is growing fast – it is expected that in 20 years, one in every four Africans will be Nigerian. This supports the vision of an ambitious, entrepreneurial nation at the heart of an interconnected African economy – a vision that can be achieved if the country is willing to carry out meaningful structural changes.

The AfCFTA is certainly a powerful force for development, but the success of the intra-African trade project is also contingent on outside investment and strong financial links between African markets. Specialist trade finance providers, that understand the region well, will doubtlessly continue to be a crucial resource for African and international businesses alike, as pan-African potential is converted into reality.

The material and information contained in this Article are provided for general information only and should not be used as a basis for making business or investment decisions. The Article displays information obtained from sources believed by BACB to be reliable, but BACB does not represent or warrant, nor accepts responsibility, as to its completeness or accuracy. If you are to rely on the information you are strongly recommended to take your own independent advice. The information may change at any time however BACB is under no obligation to update it.