New Czech central bank governor to be named on Wednesday, no name given 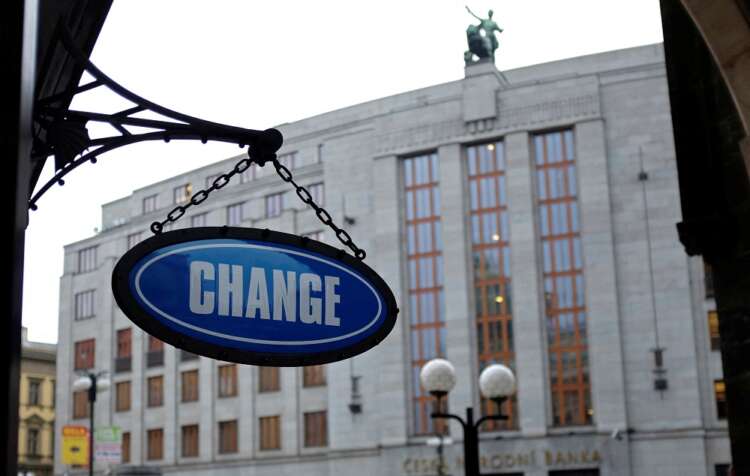 A Czech news website as well as sources from the financial community said last week the new governor would be Ales Michl, a central bank board member who has argued against interest rate increases the bank has made over the past year.

The extent to which such an appointment would change the bank’s course depends on who takes the seats of Vice-Governor Tomas Nidetzky and board member Vojtech Benda, both part of Rusnok’s five-strong majority on the seven-member board throughout the rate-tightening cycle.

Unlike Rusnok, they are eligible for another 6-year term.

The appointments are the sole right of the president. If Zeman appoints other dovish central bankers to replace Nidetzky, Benda and fill Michl’s seat, should he be confirmed, the president could create a clear anti-tightening majority.

Zeman’s spokesman said only the new governor would be appointed on Wednesday.

If confirmed, the choice of Michl would be a big surprise given he was not seen as a top candidate for the post.

The presidential office has declined to comment on the choice of governor, who will take office on July 1. Michl has not responded to a request for comment since Friday.

The crown has dropped by an unusually large 2.1% to an 8-week low since the reports that Michl would be the new governor.

The Czech central bank has been spared upheavals for many years and governors have largely maintained continuity in policy.

But Michl, 44, has been at odds with the board majority as well as the bank’s policy department about rate hikes that brought the main policy rate to 5.75% last week from 0.25% last June.

Prior to his appointment to the bank’s board in 2018, Michl worked as a financial journalist, economist at Raiffeisenbank, set up an investment fund and advised former finance and prime minister Andrej Babis, now leader of the biggest opposition party and possible candidate for president.

How can financial institutions better secure their workforce?