NEAR FIELD COMMUNICATIONS – THE FACTS BEHIND THE MYTHS 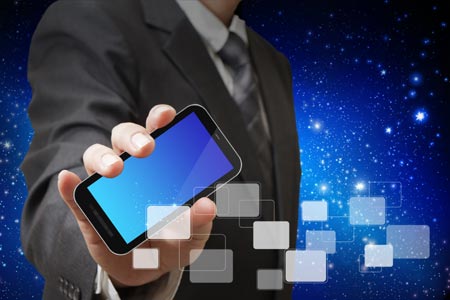 Mobile Near Field Communications (NFC) is changing our lives for the better. Whether it’s making transport seamless, rendering Eurovision speedier and more convenient for spectators, or ensuring match-days run more smoothly, the technology is having a huge impact on the way we pay for services and goods. The popularity of NFC is also demonstrated by the increase in deployment of contactless point of sale (PoS) terminals over the past several years.

Despite the growth in mobile NFC technology, however, a number of misconceptions continue to persist. These relate to a number of different concerns, such as service availability, reach and security, but what are the truths behind these myths?

Myth 1: Consumers aren’t prepared to pay or travel with their mobile

There’s a bit of a paradox about mobile NFC. Market surveys have shown that while consumers are beginning to spend with their phones, for many there is still a reluctance, due to a perceived lack of security and even fear of what happens if a phone is stolen or lost. Those who have tested NFC payment love it, but the main challenge for financial institutions is to educate consumers about the security systems in place.

Payments made via NFC and Secure Elements is as secure as the chip in a bank card that we use every day. NFC mobile payments uses the same logical and physical security mechanisms as contactless cards and adds extra security layers to ensure they comply with the requirement for post-issuance activation of payment applications. These extra layers are endorsed by the major payment network schemes and require certification from Visa and MasterCard. The post-issuance process, involving installing, securing, and personalising a payment application via a trusted service manager in a secure element has been standardised by Global Platform and is therefore endorsed by the payment ecosystem. Finally, the platform which manages the life cycle of applications, remotely, are hosted in secure data centres which are fully certified as well.

On top of all this, consumers can choose to authenticate any transaction with a PIN code, and remote management platforms can block any applications the same way a bank card can be. We’re even seeing mobile wallets developed without Secure Elements and instead being implemented with one-time payment tokens and software security layers to secure the transactions.

Myth 3: If a phone is lost or stolen, it will be too difficult to cancel or block all the accounts

This isn’t the case. If this situation happens, the owner can call their mobile wallet provider to block all applications. In many cases though, mobile payments rely on tokenisation, which means the payment card itself is never compromised. Add on top of this everyone’s phone is protected with a personalised PIN and protecting accounts is easier than we thought.

It’s not true that NFC is barely a blip on the radar. The NFC world is constantly expanding, with more smartphones featuring the technology hitting the market every day. A GMSA report from 2015 revealed 43 commercial launches of NFC mobile commerce services during 2014, resulting in over 300 commercial and pilot services available today. Juniper Research also revealed the number of NFC-enabled handsets in existence will reach 3.9 billion by 2020. Mobile ticketing is another area of expansion for NFC and one that is being boosted by the growth of wearables.

Myth 5: If I had an NFC phone I wouldn’t be able to use it anywhere

The deployment of PoS terminals is on the rise, certainly according to the same research by Juniper Research. Globally there were around 68.5 million PoS terminals owned by payment services providers that were in service by the end of last year, an increase of 8.1% on the year before. This movement is further backed up, by international players like Visa and MasterCard entering the market, as well as original equipment manufacturers giants Apple and Samsung. Public transport is also a major advocate, with Transport For London long since accepting mobile payments.

Myth 6: In 10 years from now, the mobile wallet will replace all the need for cash and contactless cards

It’s difficult to predict what will happen a decade from now, but it’s fairly clear that NFC phones and contactless cards will co-exist. Cash is a decreasing, but still major player now, with mobile payments expected to replace that first, long before cards disappear. With more players entering the field of mobile wallet apps, from Vodafone Mobile Wallet to Samsung Pay, there is an increasing trend that will see contactless and mobile payment methods replace the more traditional ways to pay.

Myth 7: I’ve heard of Mobile NFC, but it doesn’t sound real to me

NFC is a very real concept and is already deployed in around 70 countries across the world, with major transportation initiatives already in place across big cities in Asia and Europe.