Navigating trade in a world of disruption 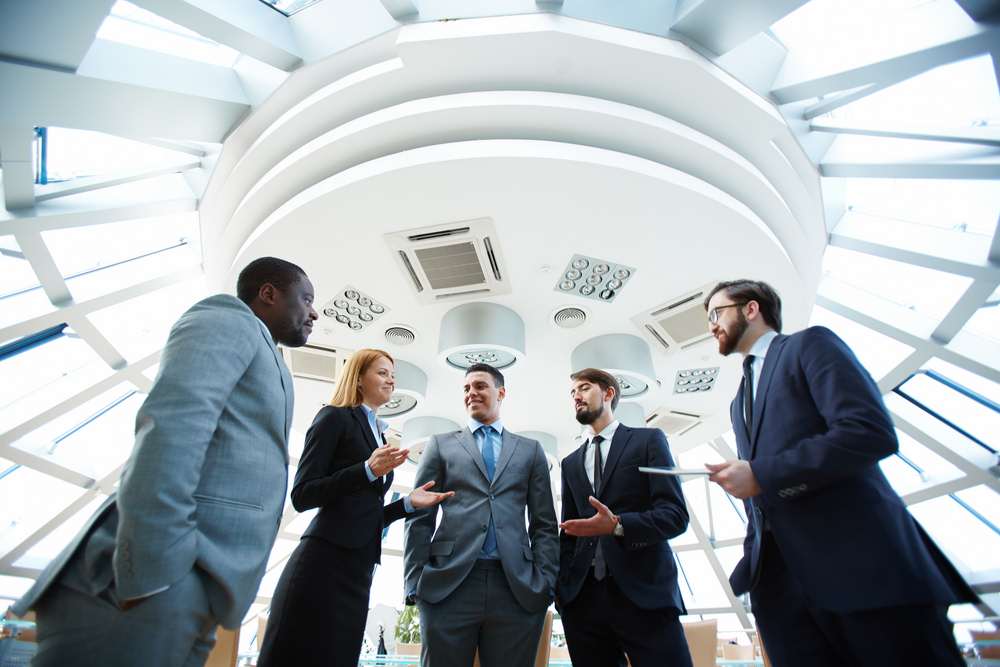 Such was the consensus at the ICC Banking Commission’s 2018 Annual Meeting, which took place in Miami from 3rd-6thApril, gathering participants from over 65 countries. Comprising task force meetings, specialised group discussions, plenary addresses and breakout sessions – on issues from global financial regulation to innovation in supply chain management – the Meeting sought to open up further avenues for collaboration in the trade finance industry.

The new normal of uncertainty

Top of the agenda was the historic geopolitical uncertainty facing the international rules-based trading system. Daniel Schmand, Chairman of the ICC Banking Commission and Global Head of Trade Finance at Deutsche Bank, remarked that the focus must be on “surviving in an environment where the new normal is uncertainty”.

Trade has faced political and economic challenges in the past, of course. Indeed, ICC Global Development Director, Julian Kassum, explained that the private sector has historically risen to the occasion – noting that the ICC Banking Commission’s rules first emerged in the 1930s, at a time of rising protectionism and nationalism.

Jerome Peze, CEO of Tinubu Square – a provider of technology to credit insurers, receivables financing organisations, and multinational corporations – also offered a nuanced outlook: “In business we always live with risk;the question is how we adapt and provide solutions.”

In addition to politically-motivated trade barriers, Thierry Senechal, Managing Director of Finance for Impact, cited non-tariff barriers as “one of the greatest barriers to trade and trade finance”, which “can be complex, costly and time-consuming to overcome.” In Jordan, for example, it takes, on average, 640 days to enforce a contract – meaning that banks are reluctant to lend to SMEs.

The scale of the decline in access to bank-intermediated finance was another pressure discussed at the event. Panelists noted that since 2008, some 40,000 correspondent banking relationships have been terminated worldwide; a loss of 15%.

Regulation was seen as a major driver of this trend, mostly due to the increased operational cost of know-your-customer (KYC) compliance. While panellists confirmed checking transactions was essential to combatting illicit money flows – which cost the world economy some $2 trillion a year –this can cost as much as $50,000 per client for some banks.

Kwabena Ayirebi, Director of Banking Operations atAfreximbank, went further, adding that for certain banks a reduction in correspondent relationships is “not always a matter of actual or perceived risk of a given geography, but rather a pragmatic way to demonstrate to regulators that they are taking action”.

This has had important ramifications for global trade flows. Some $1.5 trillion worth of trade demand remains unmet by the supply of finance. As Marc Auboin, Economic Counsellor at the World Trade Organization, stressed, “Financial exclusion almost always means trade exclusion.”

More encouragingly, Senechal noted the increasingly important role of development banks, which facilitated approximately $20 billion of trade finance transactions last year. As a result, this year’s forthcoming Global Survey –the ICC Banking Commission’s flagship report– will include an expanded section on the impact of these institutions. Previewed in Miami, the Survey includes data from 251 banks across 91 countries and captures a total of $9 trillion worth of trade finance transactions.

Data will also be vital for bridging the persistent trade finance gap. Dominic Broom, Global Head of Trade Business Development at BNY Mellon Treasury Services, described it as “at the heart of the issue”.

New technologies also bring opportunities to develop and maintain trust, argued Shona Tatchell, CEO and Founder of Halotrade, a company that uses blockchain technology to make supply chains more transparent. Indeed, there was broad agreement in Miami that blockchain could be a game changer in transforming the physical and financial supply chains facilitating trade. Panellists agreed that it could solve a host of problems – from addressing customs bottlenecks at borders, to securely sharing KYC information.

The ongoing entry of fintechs into the market, meanwhile, was deemed a positive, rather than a threat. Maria Fernanda Garza, Executive Committee Member and Regional Coordinator for the Americas at the ICC, and CEO of Orestia, described the chance for banks to form mutually beneficial partnerships with these new players as “a great opportunity to create a win-win scenario”.

The Meeting also explored the continued shift from traditional trade products to supply chain finance. Commenting on the trend, Alexander Malaket, Deputy Head of the Executive Committee at the ICC Banking Commission, and President of Opus Advisory Services, said: “We are seeing a more sophisticated approach to trade – looking at communities of suppliers and service providers– in order to assess how to finance them on a holistic basis.”

Elsewhere, panellists discussed the Bank Payment Obligation (BPO) and its continued relevance to the trade finance industry. A dedicated BPO sub-group – including 20 members from banks, fintechs, consulting firms and service providers, and chaired by Michael Quinn, Managing Director and Global Head of Traditional Trade at J.P. Morgan – outlined the steps necessary to revitalise the instrument.

New rules for the digital era

Given the potential of new technologies, the Banking Commission offered updates on its Working Group dedicated to exploring the digitalisation of trade finance. Divided into three streams, the Group is focused on exploring the e-compatibility of ICC rules, the minimum standards for digital connectivity, and the legal enforceability of digitalised documents.

According to Dave Meynell, Senior Technical Advisor at the ICC Banking Commission, adapting and developing these rules for the digital era will be crucial for both capturing the growth potential of new technologies, and continuing the central role that the ICC occupies within the global trade finance industry.

Steven Beck, Head of Trade and Supply Chain Finance at the Asian Development Bank, agreed. Highlighting the critical role that the ICC has played in creating the first ever rules for international trade, he noted the huge responsibility it now bears to ensure that it sets standards and guides the industry through what is a “new digitalised trade era”.

Of course, whatever form digitalisation takes, the future of trade will fundamentally depend on sustainable supply chains. That is why the panellists discussed the ways in which banks, governments and trading companies can ensure that goods are both sustainably produced and authentically certified.

First, they must uphold green values. Rudolf Putz, Head of the European Bank for Reconstruction and Development’s Trade Facilitation Programme, explained: “The one selection criterion, which we have for all issuing banks, is that their green trade finance transactions align with our principles.”

After all, being unsustainable does not only threaten companies’ reputation; as Putz added, firms that break increasingly robust domestic or international legislation “run the risk of not receiving any more financing from foreign export credit agencies and banks which, in turn, can result in credit risk”.

Second, they must build traceability into supply chains. According to Makiko Toyoda, the Acting Head of the International Finance Corporation’s Global Trade Finance Programme, advances in traceability “can provide more financing opportunities”.

Reducing Compliance Risk in the Age of Cloud Computing