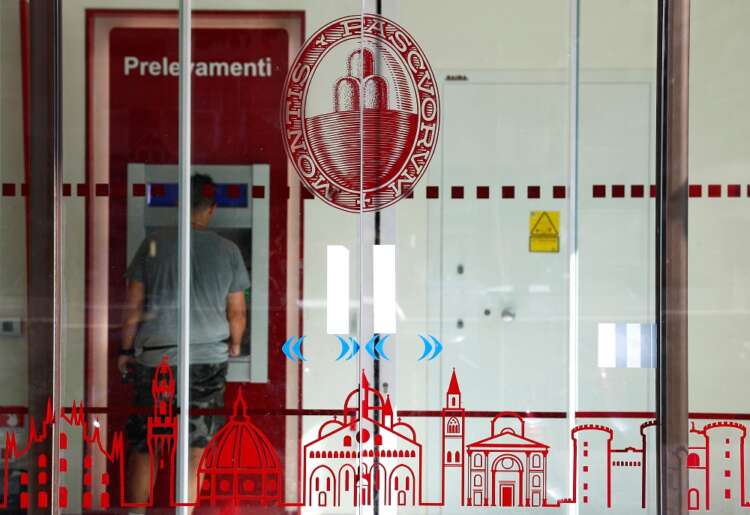 The Tuscan bank needs more cash five years after an 8 billion euro bailout that handed the state a 64% stake.

Weighed down by a mountain of legal risks following decades of mismanagement, MPS had appeared on course to draw a line under its legal woes after an Italian appeals court in May acquitted all defendants in a major derivatives case, boding well for other pending lawsuits that could feed claims.

A year ago MPS had also reached a landmark accord with its former top shareholder that rid it of some 4 billion euros in extra-judicial claims.

However, the bank on Friday said it had received further judicial claims worth 1.8 billion euros between June and August from a consultancy firm, relating to allegedly incorrect financial information from the bank, leading to 78 million euros in provisions against legal risks in the first half.

The consultancy, which a person with knowledge of the matter identified as Martingale Risk https://martingalerisk.com, is acting for various institutional investors. Martingale Risk, whose services include supporting investors seeking to recoup losses, did not reply to requests for comment from Reuters.

Presenting his first set of earnings as chief executive, veteran banker Luigi Lovaglio told analysts the latest claims were not adequately supported by documents and MPS’s legal advisers doubted they warranted any provisions, but it had decided to set aside money anyway.

MPS said Barclays, Santander, Societe Generale and Stifel had joined BofA, Citi, Credit Suisse and Mediobanca in signing a preliminary agreement to pick up any unsold shares in the cash call.

The agreement comes against the backdrop of recession fears and Italy’s political instability, which have heightened risks for underwriters. MPS’s market value of just 440 million euros limits the potential discount on the new shares and makes them expensive relative to peers, analysts say.

Underwriters for Italian energy firm Saipem last month ended with 30% of a 2 billion euro share issue on their books.

Goldman Sachs analyst Jakub Lichwa told the MPS call the widening of the consortium was “obviously positive” news for the bank, but raised questions about how strong the commitment was.

“I’m a little bit surprised that you’ve got quite a lot of banks joining the exercise in the context of the operating environment,” Lichwa said.

MPS had said in June the signing of the original underwriting contract was subject to a number of standard conditions, including positive feedback from investors.

CFO Andrea Maffezzoni said nothing had changed since then.

“Despite the quite difficult environment I’m confident (in the success of the cash call),” Lovaglio said, ruling out the state raising its stake by covering more than 64% of the rights issue.

Despite the fresh provisions against legal risks, MPS posted a 17.5 million euro ($18 million) second-quarter net profit after loan writedowns needed to ease disposals, up from 9.7 million euros in the first quarter.

Improved lending margins more than offset weaker net fees amid tough markets and a much smaller contribution from trading income.

MPS said it had agreed to sell impaired loans worth 900 million euros, allowing it to cut problem debts as a share of total lending to 3.9%.

The reduction of bad debts is among fresh restructuring commitments Italy agreed this week with the European Commission when it secured an extension of an initial end-2021 deadline to re-privatise MPS.

The Tuscan bank said it expected the European Central Bank to approve its proposed capital raising in time for a shareholder vote on the share sale on Sept. 15.