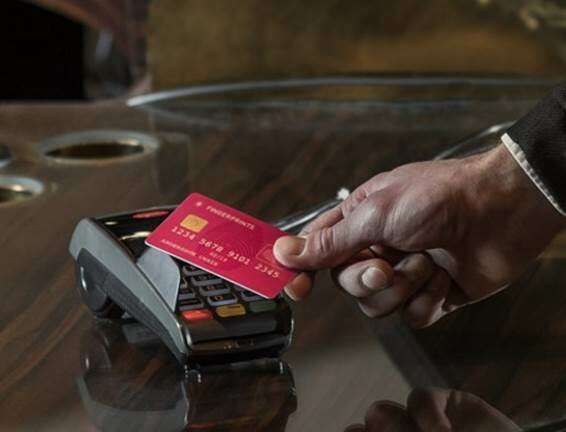 Contactless payment technology first came to the UK in September 2007. Like the rest of the world, UK consumers have grown to love the convenience of contactless, which now accounts for 57% of all in-store transactions following a 90% growth between 2019 and 2020.

Recognizing the benefits of contactless, in March 2021, it was announced that the limit would more than double from £45 to £100 (USD 137), which took effect in October 2021. This placed the UK amongst the highest limits in the world.

While the increased limit has opened the doors to more tap and go transactions, existing worries are likely to be intensified. In search of a solution, the UK can look to banks in France, Switzerland and Mexico and their launches of the biometric payment card.

Initially, the £10 cap limited consumers to low-value items. However, as the years rolled by, the limits went up. From £10 to £15, then £20, £30, then £45 at the onset of the pandemic, before finally rocketing to £100 in October 2021. Compared to the early days of only being able to buy a cup of coffee and a newspaper, consumers can now use contactless for goods such as their weekly family grocery shop or a full tank of fuel.

Yet, the UK has not escaped contactless skepticism. Even before the limit increase, 53% of UK consumers were worried about the risk of contactless fraud if their card is lost or stolen, and the new limit has not helped.

Consumers can now spend £300 before a PIN is needed, leading the media to label contactless cards a ‘thief’s dream’. Exacerbating these concerns is research from the consumer watchdog Which? that found, in 2016, some banks were not safeguarding consumers against contactless fraud. While banks may have adopted a more robust approach since then, stories like this do nothing to calm consumers.

It’s not just consumers who face the risk of higher losses. To help safeguard customers, the UK payments regulators expanded credit regulations, requiring banks and issuers to refund victims of contactless fraud, opening up the probability of increased losses.

A mixed reaction to the new limit

Looking at the reaction of the UK payments and retail ecosystem, there are signs that the £100 limit has not been met with as much enthusiasm as some might have hoped.

The industry body for UK retailers, the British Retail Consortium’s response highlighted that not all retailers plan to implement the new limit. One of the biggest concerns is the risk of higher losses from contactless walk-offs. This happens when a consumer accidentally doesn’t pay for their purchase after they fail to notice that a PIN is needed. This happens either when they have reached the limit of consecutive contactless transactions, or the cumulative contactless transaction value has been hit. While this is less of a problem at staffed checkouts, it poses a significant risk with self-service machines.

Currently, levels of contactless fraud are relatively low – equivalent to less than 2p in every £100 in 2020. However, this is before contactless cards became a more lucrative target for criminals. Banks need to be proactive to minimize the risk of higher contactless limits to maintain trust in the technology.

The mixed response does not do much to support clarity amongst consumers about contactless limits. For example, if a customer expects to pay £100 using a contactless card, yet the retailer has not implemented the limit, this could be met with confusion, and possibly anger, at the checkout, undermining the overall convenience of contactless. 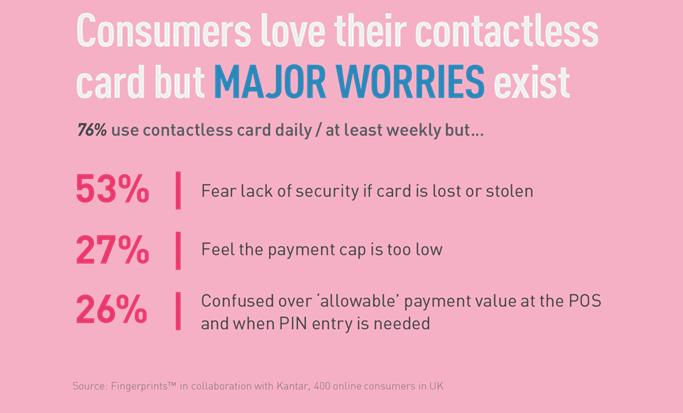 An increasing and misplaced burden

Following the introduction of the £100 limit, banks have adopted varied approaches to maintain trust. One method deployed by some banks is allowing customers to set their own limits, or even allow them to disable contactless entirely – a tactic that consumers seem to favor.

Alongside putting customers in control of contactless limits, banks are reminding them to be more vigilant with their cards and to check their statements more regularly. This makes sense from the bank’s perspective; they need to act to support customers. But placing additional responsibility on customers to mitigate fraud risks can potentially derail the progress contactless technology has made to become the favorite in-store payment method. And this shouldn’t be the case.

To ensure consumers continue to use and trust contactless technology as limits rise, banks can instead utilize the robust security and frictionless experience provided by biometrics. The success of this approach can be seen in mobile wallets, with some UK banks advising customers to explore their use following the contactless limit increase.

With biometric payment cards, banks, issuers, retailers and consumers can unlock the full potential that contactless brings to in-store payments. Alongside added protection reducing fraud risks and lost revenue, it provides the convenience of avoiding contactless limits – and the confusion they can bring – altogether.

There is already significant interest in the UK. When UK consumers were asked if they would prefer a biometric payment card, 48% said ‘yes’, 62% would switch banks to get one, and 42% would be willing to pay extra for it. NatWest and RBS have taken an early lead by identifying the potential of biometric card technology and have undertaken pilot tests.

Moving forward, banks and issuers need to ensure they are supporting customers by adding strong authentication to the ‘tap’ of contactless. In doing so, they can take a significant step in reducing the worries intensified by higher contactless limits.

Learn more about the global potential of biometric payment cards by downloading our latest eBook.