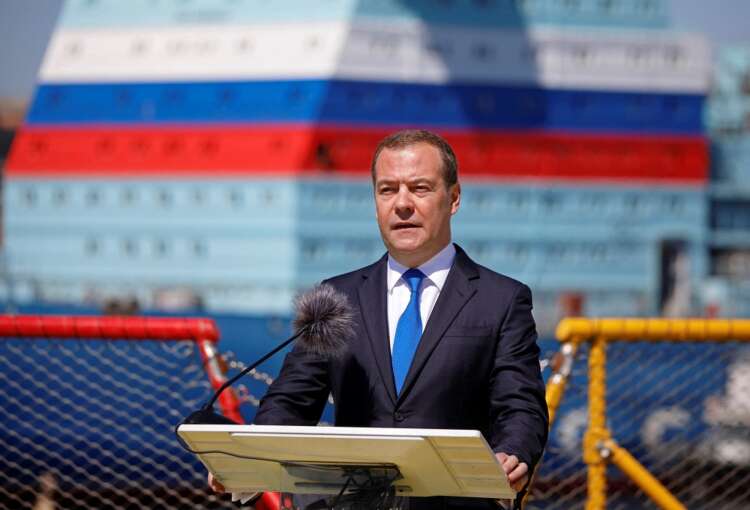 LONDON (Reuters) – One of President Vladimir Putin’s closest allies said on Monday that Russia would achieve its aims in the conflict in Ukraine on its own terms, warning that the West had a long-term plan to destroy Russia.

“Russia is conducting a special military operation in Ukraine and is attaining peace on our terms,” former Russian President Dmitry Medvedev, who serves as deputy chairman of Russia’s security council, told TASS in an interview.

Medvedev cast the 2008 war in Georgia, the enlargement of the NATO military alliance westwards and the Ukraine war as part of an attempt by the United States and its allies to destroy Russia.

“The goal is the same: to destroy Russia,” he was quoted as saying.