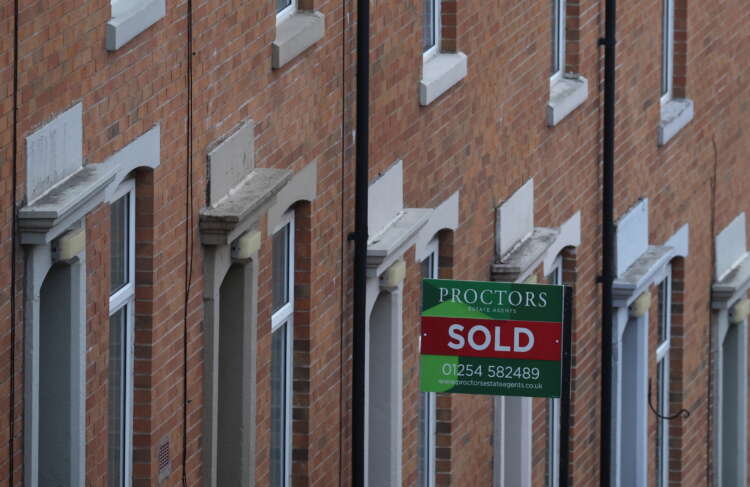 LONDON (Reuters) – British house prices rose rapidly again last month as demand continued to outstrip the supply of homes coming to the market, a closely-watched gauge of the housing market showed on Thursday.

The Royal Institution of Chartered Surveyors said a net balance of +69% of its members reported a rise in house prices in December, down from +71% in November but still at a historically high level.

The report echoed other surveys that show Britain’s housing market retained much of its momentum in late 2021, despite the phasing out of temporary tax breaks on property purchases earlier in the year.

Britain’s housing market surged in the second half of 2020 and 2021, bolstered by more demand for space to work from home during the pandemic.

RICS said new buyer enquiries remained in positive territory and there were early signs that transaction volumes might edge higher over the coming months.

“More of a concern is the suggestion that the mismatch between demand and supply will drive house prices even higher through the course of 2022,” said Simon Rubinsohn, RICS chief economist.

On Wednesday official data showed house prices in November were 10.0% higher than a year earlier, up from 9.8% annual growth in October.

House price inflation peaked at 13.5% in June, its highest in more than 15 years, shortly before the government began to phase out temporary exemptions from stamp duty land tax on property purchases.

On a frozen pond far from the Olympics, meet China’s ice hockey veterans