IT is changing – tech support needs to keep up 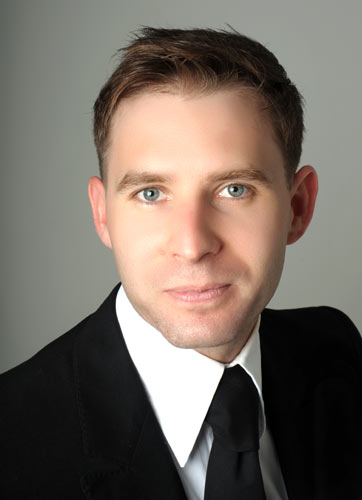 On a daily basis, new technologies are emerging amidst a nexus of converging forces – social, mobile and cloud. Although these forces are innovative and disruptive on their own, together they are revolutionising business and society, disrupting old business models and changing how we behave as consumers. Everyone from the CEO to the receptionist has a smartphone, laptop or tablet these days. And unlike a few years ago, you no longer need a PHD in electronic engineering to set up your new device.

Interestingly, Gartner predicts that mobile phones will overtake PCs as the most common Web access device worldwide this year and that by 2015 over 80% of the handsets sold in mature markets will be smartphones. A new generation of tech-savvy consumers is emerging. Known as Generation Y, these consumers were born in the mid-1980s and are now establishing themselves in the workforce. With numbers estimated as high as 70 million, Generation Y (also known as the millennials) is the fastest growing segment of today’s workforce. They have grown up with technology and rely on it to perform their jobs better.

According to a survey of 750 front-line IT professionals, managers and executives, conducted by Dimensional Research, of all the personal devices used for work, the Apple iPhone leads the way (72%), followed by Android-based smartphones (63%), Windows laptops or desktops (63%), the iPad tablet (60%) and the BlackBerry smartphone (52%). Among PCs, employees are bringing in personal machines running Windows (63%), Mac OS X (37%) and Linux (14%).

Bring Your Own Device (BYOD) is the hot industry topic at the moment and early adopters are already reaping the benefits. The hardware cost-savings have been well-documented, as has the scope for more productive workers. However, one crucial element that is often overlooked is support.

As always, progress is a double-edged sword for IT support. And the increasing number of employees using their own device is a recipe for IT complexity. A study earlier this year by Osterman Research shows that the annual IT costs for managing smartphones alone will increase by 48% next year, compared to 2011. The increase is mainly due to the need for better security and management and clearer processes as workers bring consumer smartphones to use at work, according to the survey. The study also suggested that mobile device management means a growing need for more IT workers. There were 2.9 full-time IT workers per 1,000 mobile devices in 2011. That number rose to 3.6 full-time workers per 1,000 devices this year, and it’s expected to reach 4 full-time workers per 1,000 devices in 2013.

The era of PC dominance with Windows as the single platform will be replaced and we are entering a post-PC era where Windows is just one of a variety of environments which IT will need to support. In this world no one platform, technology or vendor will dominate. Managing the diverse infrastructure will be the imperative and in this environment it will be hard to maintain efficiency.

IT organizations are now expected to be more responsive and empathetic than ever before – all without increasing costs. So what’s the answer? Coping with today’s rapidly changing IT environment requires an agile IT team that’s willing to adopt new technologies and take measured risks to better serve their customers. Seeking comments and anticipating issues are the keys to effective support, and new technologies are simplifying the process.

BYOD is not simply a passing trend. Increased consumerisation of IT means enterprises won’t be able to force users to give up their iPads or smartphones. It is the way business will be conducted going forward so it is critical that companies put policies and standards into place to support these devices and ensure the security of corporate data and intellectual property is upheld.

While most organisations are responsible for driving their own efficiency, IT ultimately owns efficiency for the entire enterprise. Driving efficiency across an entire business comes down to two key areas: tools and procedures. IT must effectively select and employ both to keep everyone happy and productive. As with any disruptive change in a business, BYOD will call for big adjustments from IT to facilitate the use of personal devices at work. It’s a movement that will not be going away anytime soon.

Jon Hunt is Business Development Director for Point to Point and has been with the company for over ten years, having previously worked for distributor Qudis, which has since changed name to Interchange. Jon spent three years with Qudis as a Citrix Solution Specialist, helping customers to understand the metaframe offering. He moved to Point to Point in December 2001 where he took the role of Account Manager in a commercial role on the direct sales team focused, as the company was at the time, on Citrix technologies. Since this time Jon has worked his way up through the ranks of the company and is now a strategic member of the team. As Point to Point developed and moved into the virtualisation and desktop delivery space from 2003, Jon has taken a leading role, particularly in the development of key vendor relationships with the likes of Microsoft and VMware.

Jon created Point to Point’s Strategy Formation Service, identifying a need for the company to move away from a sales motivated customer conversation to take a more consultative approach. The SFS approach is now central to the Point to Point customer engagement process and has a proven track record in delivering a number of large scale implementations with long term engagements across EMEA with up to 10,000 seats.

Technology Investment in 2013 – Traders are Priority, but Back-Office must not be Forgotten

The Mandate Mandate: The Dawn of SEPA Direct Debits