Technology Investment in 2013 – Traders are Priority, but Back-Office must not be Forgotten 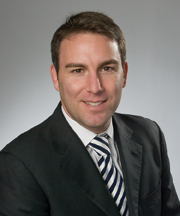 Technology investment among capital markets firms is set to increase in 2013. A survey carried out by IPC at the recent Futures Industry Association (FIA) conference in Chicago asked over 100 traders, back office staff, senior executives and IT management professionals in capital market firms where they expect their firms to invest in 2013, and among other things, whether investment was due to increase or decrease.

At a time when the complexities of today’s trading market are building, competition is increasing and margins are shrinking, the results of this survey showed that, despite it all, trading firms are poised to combat these challenges head on, through increased technology spending.

Among the findings: investment in trading desk technology was named as the top priority for nearly one-third of firms. This was more than double the number of firms saying electronic or algorithmic trading technology was a top priority. Further, nearly half of firms surveyed listed the need to increase efficiency and reduce costs as the primary driver of their technology spending priorities.

• More than three-quarters of respondents said their firms are increasing trading technology spending in 2013, while only two percent indicated they are cutting spending.
• Nearly half of firms said they will invest in technology to support electronic trading, but only 12 percent said it was their top priority.
• 40 percent of firms said they will be investing in technology for traders and the trading desk. And over all, 30 percent said this area was a top priority.
• Other areas named as top priorities were technology for back offices, named by 16 percent, network infrastructure, also named by 16 percent and trading support technology with 14 percent.
• High frequency trading was named as a top priority by 12 percent and algorithmic trading by 11 percent.

Firms are also looking to any new technology to be app-driven to help drive efficiencies and competitiveness.

• Fifty-one percent of respondents cited applications that offer greater integration of market data and trading communication systems as a key tool for success in 2013.
• Twenty-nine percent cited mobile applications as also being of interest in 2013 to increase productivity and transparency into the trading workflow.

It isn’t surprising that traders and C-level executives have differing priorities when it comes to technology, given the apparent de-prioritisation of the back office and compliance technology by traders.

Forty-eight percent of traders reported that they carry influence over technology investments. This is a significant number and highlights a potential conflict of interest between the compliance department and the traders themselves.

Whilst trading firms will undoubtedly want to ensure that they listen to traders’ needs and wants, technology decisions based on these alone would only incorporate half of the picture. Organisations should ensure that they continue to recognise that the back office is increasingly becoming a competitive differentiator in an ever more complex and far reaching compliance landscape.

The differing technology investment priorities of traders and C-level executives can be seen below:

Although more C-level executives (77 percent) have approval power over technology investments than traders (34 percent); traders still have significant influence over these investments (48 percent).

Far more traders (69 percent), those actually doing the trading, believe that ‘Desktop trading applications or software’ will be a key technology investment in 2013 compared to just 31 percent of C-level executives.

One thing that C-level executives and traders do agree on is ‘Mobile trading devices or applications’. Both groups see this as of the same importance for 2013 technology investment (37 percent traders and 36 percent C-level)

What does this tell us?

The key takeaways from this survey are three-fold. There are strong implications for traders, the risk department, and the IT department.

1. It is clear that traders are still a top source of investment for financial firms.
o Electronic trading (48 percent) and trader/trading desk/floor (40 percent) are anticipated as the top areas for technology investment during 2013
o Thirty percent expect their firm to invest in mobile trading devices or applications, with 45 percent expected to invest in desktop trading applications/software – this shows the importance that is accorded to trader productivity

2. Improving cost efficiency and competitiveness are key investment drivers for 2013
o Seventy-six percent expect their firm’s investment in technology to increase in 2013, yet with 48 percent saying Improving efficiency and cost effectiveness is the primary driver and 39 percent indicating gaining competitive advantage as key.
o Only 33 percent said that they expected their firm to invest in trading support technology (research, risk, compliance) during 2013
o Twenty-eight percent recognised that applications offering greater collaboration between on and off floor traders and support staff would benefit the firm in terms of either efficiency, regulatory compliance or competitive advantage

3. Effective market data integration appears to be central to gaining competitive edge
o Improving cost efficiency and effectiveness (48 percent) and gaining competitive edge (39 percent) were listed as the two primary drivers of technology investment in 2013
o Looking specifically at trading technology, 35 percent said they expected their firm to invest in market data or other feeds in 2013
o Fifty-one percent said that applications providing greater integration of market data with trading communication systems would benefit the firm in terms of either efficiency, regulatory compliance or competitive advantage

These survey results confirm what we have seen over the past year or so. Firms see tremendous opportunities to achieve greater competitive advantage by investing in technologies that allow traders to do their jobs more efficiently and effectively. Unfortunately regulations along with increased complexity can slow down the trading cycle. In the current regulatory environment with new and changing regulations becoming the norm technological investment is absolutely necessary to maintain strong position in the market.

Firms see that new technologies have the ability to make collaboration between traders and off-floor support staff faster, easier and more comprehensive. These can give them an advantage in speed, adaptability and innovation, as well making it easier to ensure regulatory compliance.

The author is senior vice president, Product Management, for IPC Systems Inc., a leading provider of voice and electronic trading communications solutions to the world’s top financial services firms and global enterprises. A full analysis of the survey can be downloaded here.

Can technology help to reduce the UK savings gap?

IT is changing – tech support needs to keep up